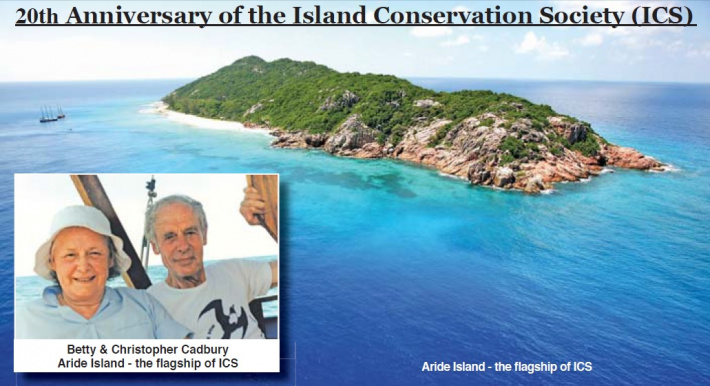 My conservation story as a founding trustee

Whilst Seychelles has had a rich conservation history spanning decades, it was only until the nineties that an all-Seychellois conservationist team took ownership and leadership in the management of strict nature reserves in Seychelles.

I remember very well my first landing on Aride, an island chocked with vegetation right to the coastal fringe – it had indeed barely survived the 100 years or so of sooty tern egg (dizef zwazo) extraction which ended in 1967 when it was transformed into a reserve by the owners.

Following its purchase by the late Christopher Cadbury, an avid conservationist and co-heir to the wealthy Cadbury chocolate empire, the island was subsequently handed over to be managed by the UK-based Royal Society for Nature Conservation (RSNC) and declared a Special Nature Reserve in 1975 by Seychelles.

I gleaned over that bit of history to highlight two key observations which would heavily influence the expansion and development of biodiversity conservation in Seychelles. First, the deep realisation of the owners of the biodiversity importance of the island, and secondly the vision of Mr Cadbury in transforming the island to its former natural glory through investments in conservation, restoration and recovery action.

On reflection, Aride was set aside as a reserve before I was born and today it stands as one of the most significant accomplishments in conservation history in Seychelles. More than 25 years later, a group of Seychellois founded the Island Conservation Society (ICS) and made an offer to the Royal Society of Wildlife Trusts (RSWT formerly known as RSNC) to assume management of Aride Island. Despite the initial scepticism, and rightly so, RSWT agreed to hand over Aride island to the ICS for an initial period of 3 years and the rest is history as they say. Today the ICS is the full custodian and manager of Aride island – a proud Seychellois achievement! While many challenges remain, no one can deny that Aride stands at the top of the most successful conservation triumph in our history thanks to the many Seychellois conservationists and rangers who worked hard to maintain Aride as a conservation masterpiece.

Indeed, such an achievement created the opportunity for the ICS to seek to extend its conservation work to the outer islands of the Seychelles and after negotiations with the government of Seychelles and the Islands Development Company, the ICS was given conservation management responsibility for many of the outer islands of Seychelles. Thus was born the idea of the development of a network of protected areas which would span the entire EEZ, including Aldabra and all the outer island groups of Seychelles. This saw the establishment of important conservation and restoration work on the islands of D’Arros and St Joseph (managed by Save our Seas Foundation), Alphonse, Desroches, and Cosmoledo (where I did my PhD field research, part of which involved terrestrial habitat mapping under the expert supervision of no other than Mr Victorin Laboudallon and establishing the first coral reef monitoring sites on the atoll). The work of the ICS on Alphonse and Desroches has greatly influenced my research on sustainable tourism and conservation especially whether or not carefully planned tourism can be the driving force behind conservation and restoration of degraded habitats on the outer islands. It proved to be so, and today many outer islands and some inner islands including Fregate, North Island, Silhouette and Cousine demonstrate this possibility.

Personally Silhouette, where the ICS has also established its conservation centre, remains the most exceptional mountainous island where my grandfather and father grew up on the plantation. Moreover, this is where I also did my first research project while completing my A-levels, and to be in a position of influence to have it declared by the government of Seychelles as a national park in 2010, and to be married there, tops my conservation story.

Indeed, many challenges for conservation remain but I see a much brighter future, as I am comforted by the many young people taking up conservation as a career, the success of the University of Seychelles own home-grown Degree in Environmental Sciences, the growing body of scientific research, the continuous eradication of invasive species and conservation awareness of the population. Nevertheless, I remain cognizant of our need to continue to provide the best for our people in terms of economic and social development. However, I am comforted by the fact that we have established the foundation on which to further develop Seychelles in the most sustainable manner while preserving our God-given natural heritage. This is indeed reflected on our stance on fisheries and tourism pressures. I am grateful and privileged to have been part of this 20-year-old legacy of the ICS. Congratulations ICS and a big thank you to all the founding trustees, current trustees, staff and all supporters of the ICS. My conservation story does not end here though … I’ll be back!

One of the Founders of the ICS 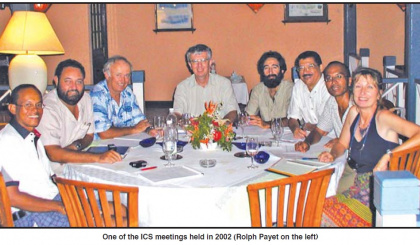 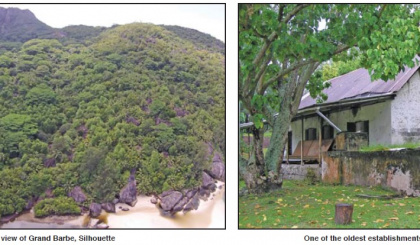