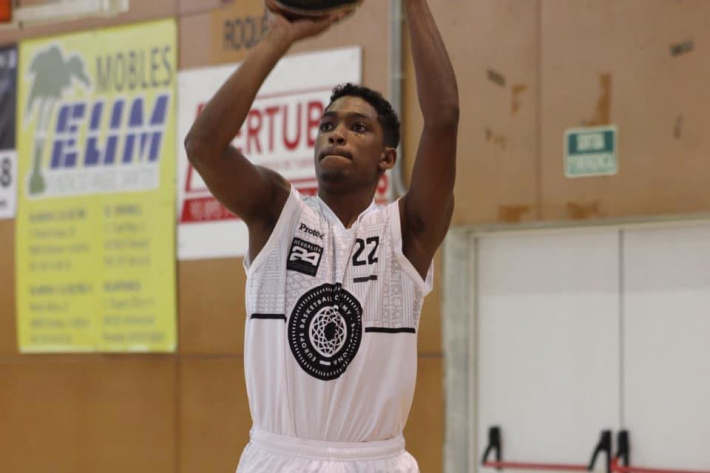 Since a very young age, local basketball player Khris Bouchereau has been dreaming of becoming a professional player, something which means everything in the world to him.

Aged 19, Khris has been eating, sleeping, breathing, and dreaming basketball since his early teenage days, giving up on football which was previously his number one sport.

After acquiring enough luggage, both at local and international level, the young player is now focussed on going further, precisely on becoming a professional player, inspired by compatriot Abdel Sylla who has made a career and a name for himself in this field.

Already enrolled at the DME Academy in Daytona Beach, Florida, United States of America (USA) Khris will set sail in July to pursue and ignite his dream.

His performance at the academy will determine whether he will earn a full, or partial scholarship at college level.

The DME Academy is an elite, multi-sport training and educational institution designed for student-athletes who are looking to reach their ultimate potential, harness their strengths, and achieve their goals.

It was established in 2015 as a Post Grad Basketball Training Academy. The property sits on a ten-acre campus adjacent to the Daytona Beach Airport and within eyesight of the Daytona 500.

It currently resides in the DME Sports facility, a 47,000 square foot event centre.

Khris’ basketball journey began when he was only 13 years old and at that time a member of the Cadet team, before joining second divisioners MF Ballerz.

He then joined Baya, before switching allegiance to Beau Vallon Heat where he is still playing now.

At the three junior competitions he won two silver and a bronze medal, while at the senior tournament the Seychelles selection finished third overall. He was also voted the Junior Most Valuable Player (MVP) at the 2017 tournament.

In 2019, at only 17 years old, Khris was the youngest member of the Seychelles national selection at the 10th Indian Ocean Island Games (IOIG) held in Mauritius.

He also had the chance to take part in the 2018-19 Orlando Magic Basketball Camp in the United States.

Playing professional basketball remains the prime target of Khris who is determined to follow in the footsteps steps of Sylla.

“During the days of Abdel, it was easier since the Seychelles Basketball Federation (FBF) eased the process, compared to the actual situation and the position of the federation following the financial crisis,” said Khris who added that the financial catastrophe has caused basketball to be sidelined in terms of official budgeting.

This, he said, has limited the chance of progression for a lot talented youth who have a lot of prospect.

“Nowadays, if you want to move forward, you have to search for your own avenues and also look for financing,” added Khris who revealed that he has already paid half the fees for his trial at the DME Academy and is now looking for sponsorships to seal the financial deal.

Feeling positive about his mission, Khris said he is confident he will achieve his mission with calm and patience, and above all with the blessing of the Almighty God.

According to the United Nations, sport is a major contributor to economic and social development.

Its role is well recognised by governments, including in the Political Declaration of the 2030 Agenda, which reflects on “the contribution sports make to the empowerment of women and of young people, individuals and communities, as well as to health, education and social inclusion objectives.”

It is in this spirit that every potential sponsors are being invited to give their contributions in helping Khris to achieve his dream.

Sport NATION wishes him all the best in his endeavour. 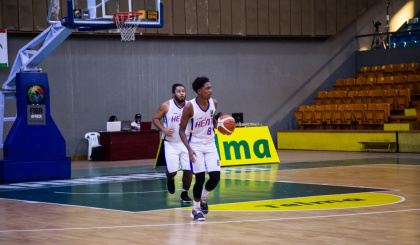