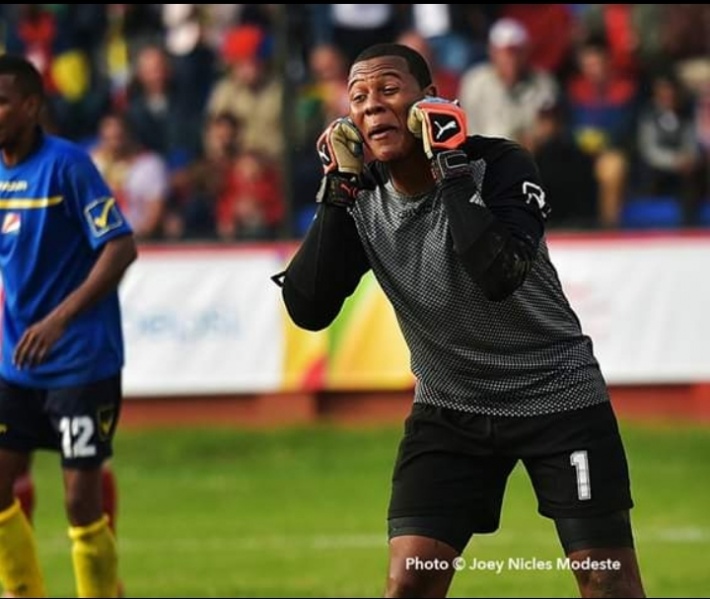 Goalkeeper Ah-Kong has been in fine form for Seychelles

After a 1-1 draw against hosts Mauritius in their inaugural match, the boys of coach Gavin Jeanne registered another draw on Saturday against Madagascar at the Auguste Vollaire Stadium in Flacq to complicate matters in the group.

Temporarily on top with two points, Seychelles have not yet guaranteed a semifinal spot as all will depend on the last group match today between Mauritius and Madagascar at the Georges V Stadium in Curepipe.

Whichever team win today’s match will accompany Seychelles in the semifinal as group leaders, whereas a draw will complicate things, as all three teams will be on two points.

A 0-0 draw will see Madagascar out of the competition, where as a 1-1 draw, will see Mauritius through, with the second semifinalists to be decided on the fair play rules.

A draw with more than one goal will automatically dump Seychelles out of the competition.

If it comes to the worst, meaning a 1-1 draw between the two, Mauritius will go through, while Seychelles will be left out based on their two yellow cards collected in the competition so far.

In Saturday’s match, Seychelles were clearly the weaker side and to make matters worse, in the 59th minute, captain Benoit Marie, wearing number six, handled the ball inside the box, to which referee Fazeel awarded a penalty to Madagascar.

It was Xavier Razafindrakoto, also wearing the number six, who stepped up to take the spot kick. Unfortunately for him but fortunately for Seychelles, goalkeeper Ian Ah-Kong, who has been in fine form since the start of the competition, saved his spot kick to keep the score at 0-0.

Despite the pressure from Madagascar, Seychelles managed to contain them to end the match on a draw.

Seychelles coach Gavin Jeanne’s reaction: “We have tried everything and it was a very difficult match against a very technical Malagasy side. The match against Mauritius on Thursday was a tough one as well and we have not yet recovered, but we have done our job in the two matches and now we have to wait for the match between Mauritius and Madagascar and I hope that we go through to the semifinal. We knew nothing about Madagascar prior to the match, so we had to be careful tactically and once we realised that they were very tactical, we pressed them, giving them little space to develop their game and time on the ball. I have mixed impression regarding the result, because in the first place we wanted to win, but a draw against a very technical team is a satisfactory result for us. It was a very difficult match for us.”

Malagasy coach Romuald Rakotondrabe’s reaction: “It is all clear, in football you need to score goals to win. We did not score, that is all. The plan remains the same and this is to take one match at a time. We know that Mauritius is the host country and it will be a difficult match, but we will be all out to reach the semifinal. Definitely we will need to change our tactics against Mauritius”.

The group ranking after two days of competition 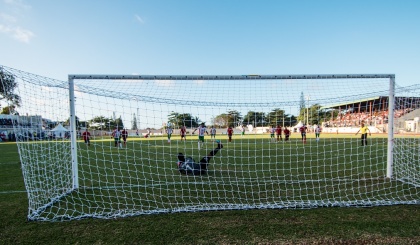