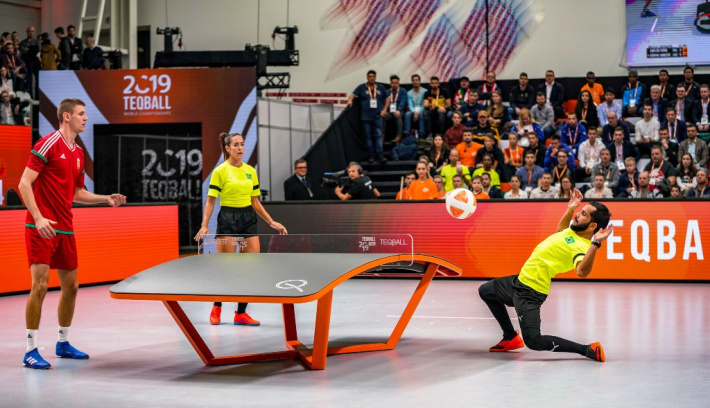 Teqball is a football-based sport, played on a specially-curved table (the Teq table), which is attracting a new generation of athletes and amateur enthusiasts (Teqers), whose ambition is to develop their technical skills, concentration and stamina

At the end of the temporary restrictions on local sports, fanatics and enthusiasts will have a new option to showcase their skills and bring their support, as Teqball has already hit the home soil.

Teqball is a football-based sport, played on a specially-curved table (the Teq table), which is attracting a new generation of athletes and amateur enthusiasts (Teqers), whose ambition is to develop their technical skills, concentration and stamina.

The sport, which was created in Hungary in 2012, is a truly gender-equitable game, as the rules define that Teqball shall be played between two (singles) or four players (doubles), irrespective of gender.

It follows a points-based scoring format and can be played on various surfaces such as sand, acrylic or indoors.

Teqball allows players a maximum of three touches before returning the ball to the opponent, so if you can juggle a football three times, you will excel at Teqball as well.

Locally, the sports will be administered by the newly set-up National Teqball Federation of Seychelles (NTFS) under the leadership of chairperson and president Jeffery Payet.

According to Mr Payet, the NTFS is not a fully-fledged member of the National Sports Council (NSC) yet, but the council has endorsed and recognised it as a federation to which he is very grateful.

He also thanked Nundkishor Fakund, his Mauritian friend, mentor and sports promoter, to introduce him to this new sport, which is considered the fastest growing sport in the world.

“We would also like to thank Reka Reichard, the focal person responsible for the development in our region for making it possible and for organising the smooth delivery of equipment, which is worth a significant amount especially during this Covid-19 pandemic. We are also proud to be contributing to the development of sports in our beloved country, and we thank all members of the interim committee for their voluntary contributions so far,” added Mr Payet who also thanked the Ministry of Youth, Sports & Family for providing storage facilities for the equipment.

He added that the project has been set up entirely as a private initiative without any funding from the government.

This, he said, is line with the new government’s policy to remove sports under the state wings and allow the private sector to play a more active role in promoting and funding sports activities.

Mr Payet also explained that their main target are past football players and also anyone who may be interested to participate, while their objective is to have as many teams as they can.

He said one team can have as many as 10 players (singles or doubles), while more information about team registration can be made available upon request.

“We have disbursed tables to all secondary schools in the country, including private schools, and we have also given tables to two local football academies, namely the Futuro and Elite clubs owned by Lucas Panayi and Gervais Waye-Hive,” he added.

Mr Payet further explained that basic coaching and refereeing courses can be done online and a certificate is issued at no cost.

To date, the NTFS has two persons who have passed the first Basic Coaching course, and they include one male and one female to encourage for gender equality.

He added that registered football teams are welcomed to apply but terms and conditions will be applied.

The NTFS is targeting at least 40 teams locally and those interested can register as a club which will be allowed to have different teams under its umbrella.

The federation’s registered office is at Mont Fleuri, behind the Printec Press Holdings and can be contacted via the following: P.O. Box 1640, Victoria, Mahe, sportinglife@seychelles.sc and 2784884. 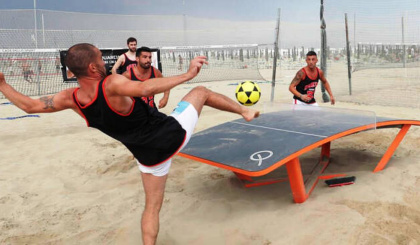