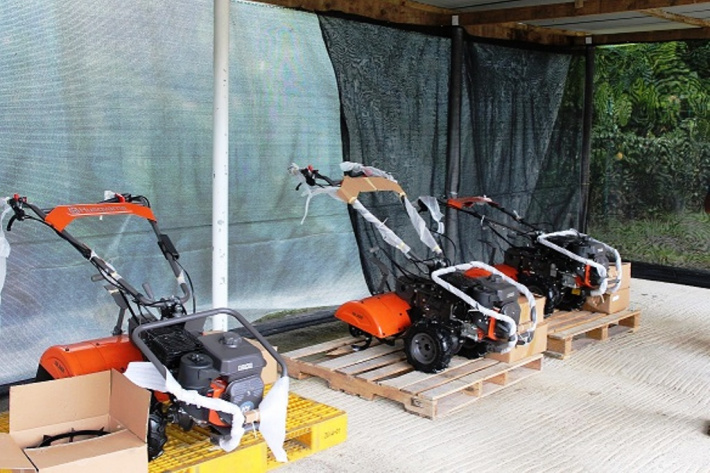 Seven farmers’ associations – four on Mahé and three on the inner islands of Preslin and La Digue – have received a rotavator each in a bid to modernise and boost agricultural production.

Farming has been a tradition which is well practiced among the population. Hence the Seychelles Agricultural Agency (SAA) works to identify various aspects to improve and support farmers who encounter difficulties accessing markets for their produce.

Minister Joubert thanked SAA for facilitating the farmers’ access to this equipment which will help to promote and empower youths in the agricultural sector, especially those farmers who cannot afford them.

“I encourage each of you to use this equipment with care and responsibility. Such an act should inspire more young farmers. To note the ministry will keep on identifying opportunities to encourage farmers including those who have completed their studies and are interested in starting their own business.”

In both ceremonies, the respective chairmen thanked the SAA and other representatives for this kind and generous gesture, highlighting that the equipment will accelerate the preparation of land.

They stressed on the importance of moving towards adoption of technology and use of farm mechanisation.

Ms Joubert declared that they imported 30 rotavators in total, and each association received one, while the remaining will be kept at the Main Store to be sold to farmers who wish to purchase. The prices are below R30,000.

The accompanying photos show some highlights of the handover of the rotavators. 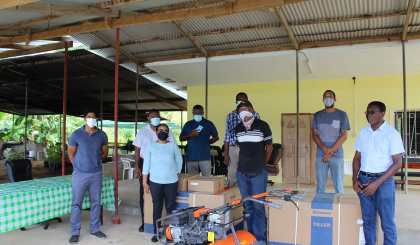 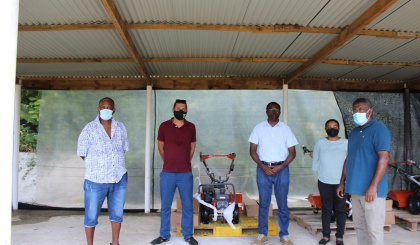