Government, under President Danny Faure’s administration, introduced the Financial Assistance for Job Retention (FA4JR) financial scheme in April to support businesses to maintain their workforce during the economic recession caused by the Covid-19 pandemic.

The scheme in 2020 cost government R1.2 billion, an amount which cannot be sustained throughout 2021, newly appointed Minister for Finance, Economic Planning and Trade Naadir Hassan says.

Mr Hassan was appointed by President Wavel Ramkalawan who won the Presidential elections in October 2020. Government is holding a series of consultations with private sector to decide on the way forward and the proposition to gradually phase out the scheme by establishing an affirmative list, to benefit from reduced payments for the first months of the year.

In anticipation of the revenue constraints that local businesses will face, in light of reduced demand for certain goods and services due to the associated impacts of the pandemic, the Central Bank of Seychelles (CBS) established the Private Sector Relief Scheme, a credit facility through which CBS made available R500 million for affected individuals and businesses falling in the Micro, Small and Medium Enterprise (MSME) category, i.e. businesses with a sales turnover of R25 million or less.

The scheme, managed by banks, the Development Bank of Seychelles (DBS) and Seychelles Credit Union (SCU), aims to complement other financial measures implemented by government. Financing is in the form of overdrafts or term loans with a fixed interest rate of 1.5% per year, as well as a six-month moratorium and maximum repayment of three years for the term loans.

As for individuals and businesses experiencing financial difficulties, commercial banks, DBS and SCU, are providing support measures to those impacted, in the form of moratoriums or deferment of repayment of principal and interest on loans for a set period of time and restructuring of credit facilities.

As the country recorded a spike in the number of Covid-19 infections in March, fears of community transmission escalated through the population, with authorities scrambling to ascertain how the airport employee contracted the virus.

As a result, the department of public health imposed a three-week restriction on movement order, dictating the operating hours that different categories of businesses should abide by. Grocery and retail outlets (community shops) had their operating hours limited to 8pm, an order which is still enforced to date.

Just over a year after setting up shop, the State Bank of Mauritius (SBM) announced the closure of its Seychelles subsidiary, a strategic move following a review of the operations and performance of its subsidiaries in countries where it is present, amid the pandemic.

The Development Bank of Seychelles (DBS) was on Monday September 7, the target of a ransomware attack, when cybercriminals attacked the bank’s computer system with calix ransomware, a malicious software through which cybercriminals encrypt files, blocking users’ access, only restoring access to the encrypted files after payment.

Chief executive Daniel Gappy assured that clients’ personal data was not compromised through the attack, although, the files encrypted by the ransomware disrupted DBS’s core banking system, the back-end system which processes transactions and post updates to accounts and other financial records temporarily.

Government earlier this year embarked on a mission to reform the business tax regime, through amendments in the Business Tax Act, to become compliant with the European Union on tax matters.

The new legislation, which is expected to come into effect on January 1, 2021 seeks to ensure that laws are based-off and in line with international practices, and that deficiencies identified by the EU are rectified.

Seychelles was blacklisted by the European Council in February 2020, for having a “harmful preferential tax regime” and for failing to initiate tax reforms within the stipulated December 2019 timeframe.

The Supreme Court in July ordered Vijay to pay over €20.2 million (approximately R425 million) for breaking the terms of a contract it signed for the development of the Savoy Hotel in 2011.

The legal battle escalated further, moving to the Court of Appeal, who, at some point in November, deemed Vijay Construction’s applications as “frivolous, vexatious and abuse of court process”. Vijay Construction has been in operation for 49 years.

Leading family value retailer Matalan landed on Seychelles’ shores and set up its first 13,000 square feet store, offering great quality and value fashion for ladies, men, kids and home ware during the second half of the year.

After only a couple of weeks of business, franchise partner Antonia Trading was forced to in early December temporarily close the store on account of high employee absenteeism. The matter has since been rectified and the store is open once again to the public.

As announced by President Wavel Ramkalawan, the much awaited 13th month salary will not be paid this year to any employees, either in the public service or in the private sector, due to the current economic crisis.

The decision to forego the 13th month pay was made following significant analysis of the country’s current and near-future economic outlook, which looks quite dire, on account of the continuous depreciation of the rupee and significant drop in revenue.

The President himself and Vice-President Ahmed Afif also announced that they will voluntarily be foregoing their end-of-year gratuities for the year, in solidarity with Seychellois workers, following the enactment of the Suspension of Thirteenth Month Pay and End of Year Gratuity Act, 2020. Vice-President Afif trying to pacify the PUC workers on strike 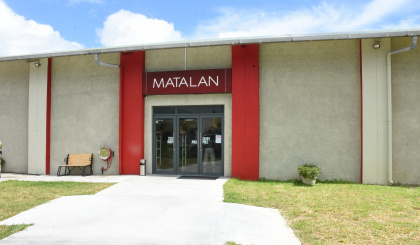