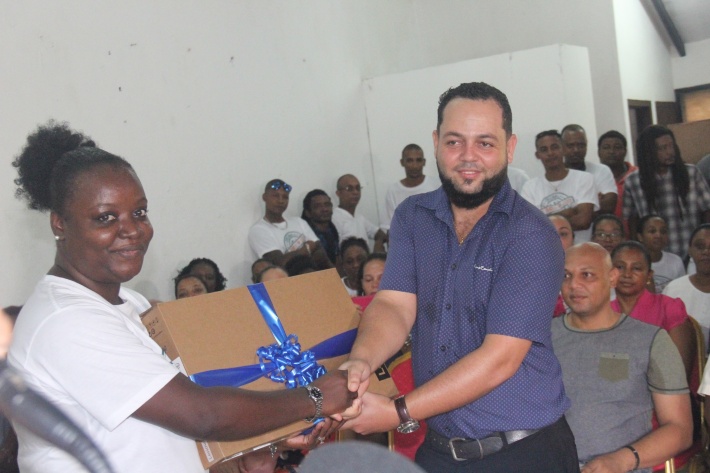 Thirty former students from the Beau Vallon 1999 S5 class have donated a set of school supplies to their old secondary school as a gesture of recognition for what the school has given them.

The handover of the donation took place last week in the presence of teachers and students.

The donation of ten white boards, two laptops and two printers costing R30,000, were donated as part of the 1999 class 20th anniversary which they will be celebrating this year.

“The donation is not something extra, it’s just a group of past students showing their support for the school that has given them an education,” said Rajelle Barbe, a past student and one of the donors.

The students also paid a special tribute to their past teachers and thanked them for the patience and dedication they had and still possess throughout all these years.

“Beau Vallon school holds a special place in my heart as it is where I spent my teenage years and made wonderful memories with class mates who later on became lifelong friends. I am who I am today because of Beau Vallon secondary,” added Rajelle.

The alumni have also appealed to other stakeholders and organisations as well as past graduates to contribute in any way they can towards their school as it benefits the future generation of students who will then carry on with the spirit of giving back to their community. 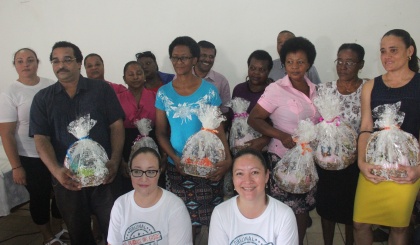 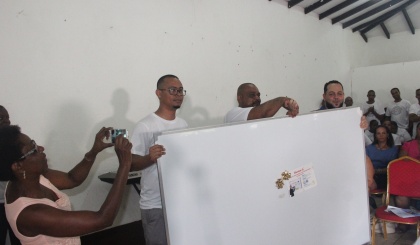 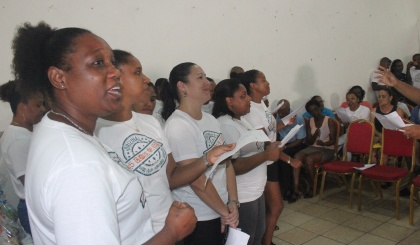