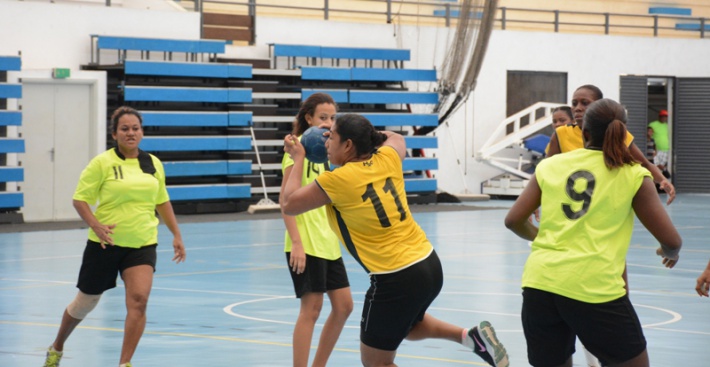 The third round of the handball league championship will start this weekend and it will be interesting to see if leaders Super 8 (men) and MF Storm (women) can maintain the momentum until the last day.

As the Mohan-sponsored leagues enter into the third round this coming Saturday, the leaders will be aiming to cement the title push and the chasing pack will be all out to bring them down.

In the men’s league, Super 8 are currently leading with 14 points after winning four games and losing twice. They will be looking to claim a fifth victory when they face last-placed Quincy Mampo at the Palais des Sports on Saturday afternoon. Quincy Mampo have 10 points.

Saturday’s match will see the league’s two best attacks take on each other as both sides have scored 162 goals apiece so far. Quincy Mampo also have the worst defence as they have conceded 180 goals, the most in the four-team league.

Second-placed AC Brothers will also be in action against Durantha Brothers and although it will not be an easy contest for either side, a victory for AC Brothers will see them take over the driver’s seat should Super 8 slip up against Quincy Mampo.

For the women, MF Storm are currently sitting atop the standings on 12 points, holding a four-point lead over Au Cap Sisters.

The Storm are unbeaten in four games and will meet winless APC Sisters this weekend, in what should be a straight-forward win for them.

Au Cap Sisters are currently on eight points after winning twice and losing the same number of games.