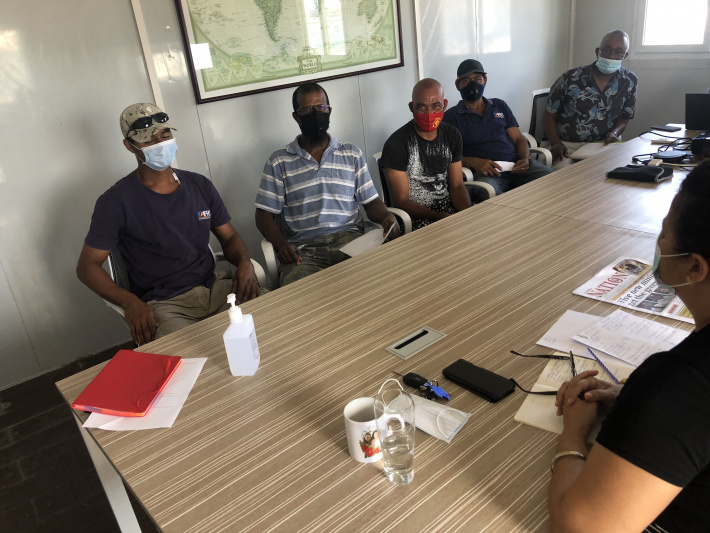 After a day of strike yesterday, the stevedores employed by Ile Du Port Handling Services (IPHS) met with representatives of the company and the Seychelles Federation of Workers Union (SFWU) headed by Antoine Robinson.

Speaking to the press after the meeting, the stevedores expressed their satisfaction over the outcome, saying that they are happy that IPHS heard their demands and promised to make some changes.

Mr Robinson, who was representing the workers in the meeting, said that the meeting went smoothly and all the concerns that the stevedores had was discussed and addressed.

“There are two points that we will discuss further in future meetings, this will be for financial support during annual leaves and how many workers will be on container boats,” he said.

Mr Robinson also added that they were able to structure a meeting every two months with IPHS, stevedores and the Seychelles Fishing Authority during which other issues will be discussed.

Mensu Jean, who was representing the stevedores in the meeting, said that it was a fruitful meeting as they managed to get all their points across.

“Issues discussed included overtime and the lack of workers in some areas and rest rooms were not being kept up to par,” he said.

He ended by thanking IPHS who was gracious enough to hear them out as well as the SFWU to set up the meeting.