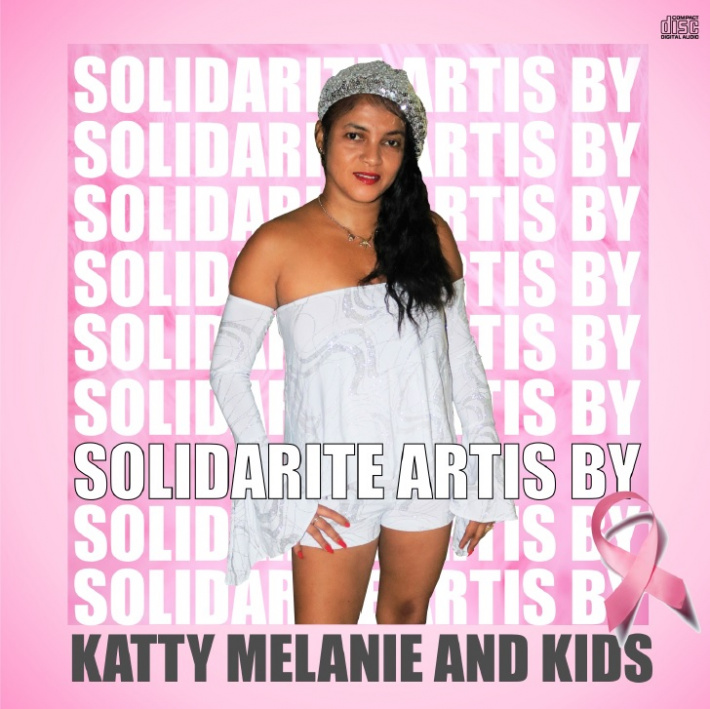 The twelve-track album entitled ‘Solidarite artis by Katty Melanie and kids’ was never part of the artist’s plan, but rather came as a surprise since it was initiated by fellow artists as a gesture of solidarity.

Katty, who normally releases a yearly album on May 22 which is her birthday, explained that after releasing ‘En Lepok – Joseph Louise’ in May, she started working on her next project until she was diagnosed with the severe health condition.

She explained that after being diagnosed a lot of musician friends contacted her, encouraging her to work on a little something just to keep her mind off things.

“After being diagnosed, I was living in period full of anxiety and being alone at home was not helping me at all. It was at that time that I was approached by several friends who encouraged me to spend my time in the studios which is my only relaxing and stress-free place,” added the artist.

Katty noted that most of the songs have been given away to fans, but since not all of them use social media, the idea to compile all the songs into an album came in.

The veteran artist who is awaiting overseas treatment also expressed her annoyance after seeing people on the same treatment list with her dying while waiting.

Other than her family and close friends, she received a lot of support from the local music community and hence the album’s title.

Most of the work, which was recorded at seven local studios, was either free of charge, or at reduced price.

All the songs on the albums which are also a fundraiser for her treatment are performed by Katty and her four children.