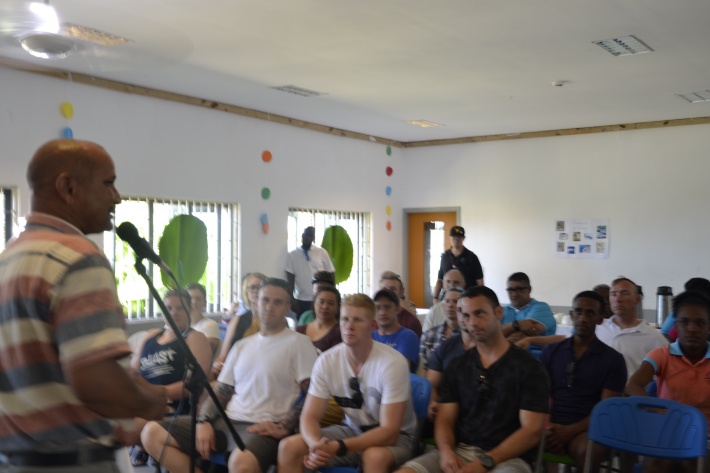 Children living in different orphanages in the country will benefit from stationery and books donated by crew members of the visiting Royal Canadian Navy frigate HMCS Regina.

The crew members visited the President’s Village at Port Glaud on Friday morning where they handed over 200 packed gifts comprising stationery and books to be shared among the different orphanages.

Representatives of the different institutions were there to accept the donations.

“One of the greatest investments that you can make for your nation is the development of the children in their early years,” said Captain William Hodson during the short handover ceremony.

“To be able to take these children who have had a difficult start at home and encourage them through these years is really wonderful,” he added.

Captain Hodson further pointed out that their visit was a way to encourage the children to value education and to do well in their studies.

Following the presentation, the crew members led by the chief executive of the National Council for Children (NCC), Jean-Claude Matombé were taken on a tour of the facilities at the President’s Village, and they also took time to meet some of the children and those taking care of them.

“This is the second time Her Majesty’s Canadian ship has shown interest in our cause towards vulnerable children in society and we hope this continues,” stated Mr Matombé.

There are 30 children currently residing at the President’s Village and they are aged between 4 and 17 years old. 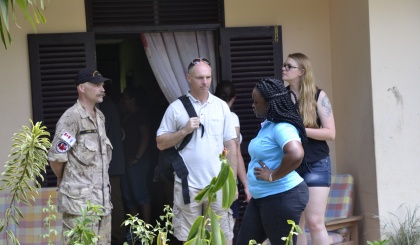