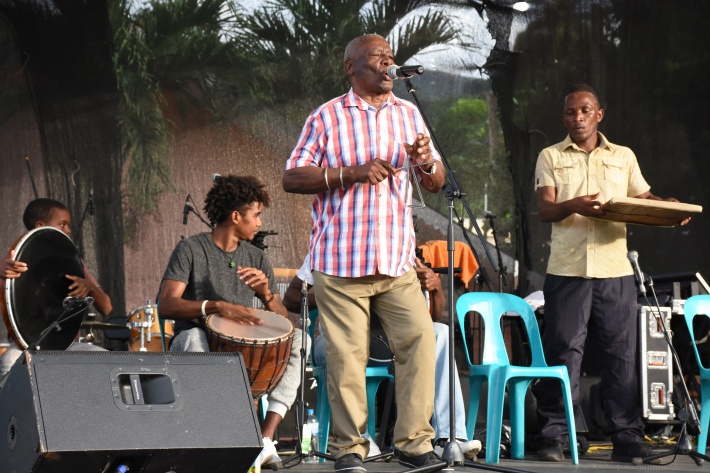 This year’s La Fête de la Musique, also known as World Music Day, is bigger and better than previous editions with more than forty musical performances over the span of two days.

The music festival kicked off yesterday at dusk time at the Stad Popiler carpark and is expected to continue today as from 1pm until late into the night.

L’Alliance Française, which has been organising the festival for over a decade, partnered with the Seychelles Music Association (Seymas), National Arts Council (Nac), the Mayor’s office for this year’s edition.

Although not quite at the level of the French street festivals, this year’s edition of La Fête de la Musique in Seychelles includes the participation of reggae-dancehall artists from La Réunion, Pix’l, who were brought in by L’Alliance Française.

“Pix’l is a reggae-dancehall group which is currently en vogue in La Réunion, they are about to release their second album,” culture director at L’Alliance Française, Mathilde Crochet, explained.

“And given that reggae-dancehall is quite huge in Seychelles and is the type of music we hear most often, we felt that it was a good opportunity to have them come over and participate in the festival.”

Pix’l performed with local band Metis yesterday in a line up consisting of various local artists such as Joe Samy, Jones Camille, Colbert Nourice as well as a number of bands, both traditional and contemporary.

Students from the music conservatory were also showcasing their musical talents.

“We are glad to have this opportunity to hear sounds from Seychelles and La Réunion,” Ms Crochet stated.

Emily Motu, director of L’Alliance Française, added that although the cultural centre often works with the Nac on various cultural projects, including the music festival, it is the first time that La Fête de la Musique is organised to such a magnitude.

On his part the chief executive of the Nac, Jimmy Savy, explained that L’Alliance Française, Seymas and the Nac had initially planned to organise separate musical shows.

“But instead of all three organising events separate from each other, we decided to bring all of the performances together wherein we all brought our individual contributions.”

“In a way the festival represents the appreciation of music and recognition of an art form which plays a pivotal role in all societies. It is the means through which artists express themselves. It can make people cry, bring la joie de vivre, and can express suffering like in moutya. It comes in all rhythms, languages and genres,” Mr Savy remarked

Artists who are expected to perform today include Dan Ally, Ahmed Zelia, Saturn, Jean-Marc Volcy among others.

The accompanying photos show some of the groups performing yesterday just after the official launch of the festival. 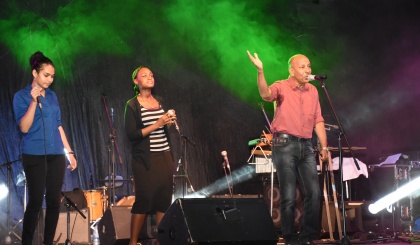 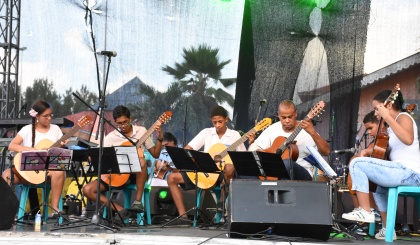