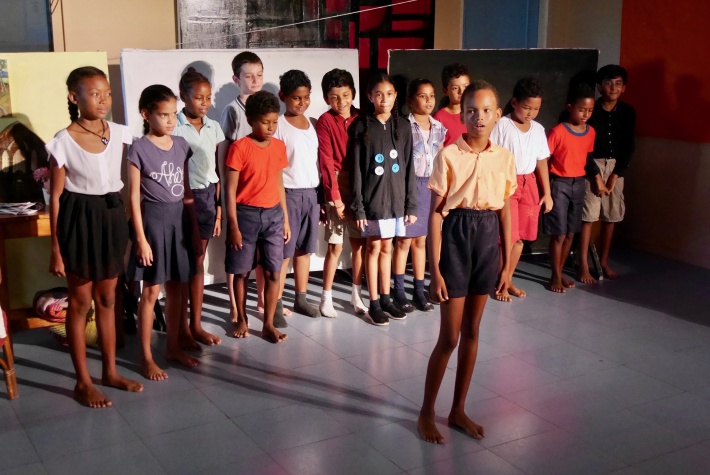 Students in Year 5 and 6 at the Vijay International School last week staged a performance of Julia Donaldson's ‘Bombs and Blackberries’ over the course of two afternoons. The drama takes place in Manchester, England during World War II and focuses on a family driven apart by the war.

A group of inner city children, played by Jahim Brioche, Steven Pool, Elisha Gardette, Marionne Brioche and Anna-Elle Hennie are evacuated to the countryside from Manchester during the blitz. Having been raised in the city, they find life tough and struggle to integrate with the rural children.

Meanwhile at home, the parents, played by Xara Hertel and Berachah Porpatham become concerned for their youngest children. Their concern grows when their eldest son, played by Nathan Payet, is sent away to fight in Egypt. Only their eldest daughter, played by Louise Morel, remains at home, working as a nurse in Manchester Hospital.

Through the drama, the family are reunited in Manchester, only to find that ordinary life in Manchester has become very dangerous with falling bombs threatening people's homes and businesses. Thankfully the play concludes with the announcement of the end of war and a return to more peaceful times.

Enthusiastic parents and students enjoyed the staging of the show at the school and head of primary, Mrs Rafferty, was delighted with the performance of the students.

Speaking after the show she said, “We have been studying World War II in class and putting on a show like this has really helped develop the students understanding of what life was like at that time. This crossover between drama and their studies has helped engage them with both history and the play itself. As a result, their performances were outstanding, they should be very proud.”

The accompanying photos show some highlights of the play. 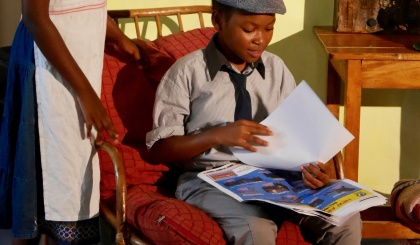