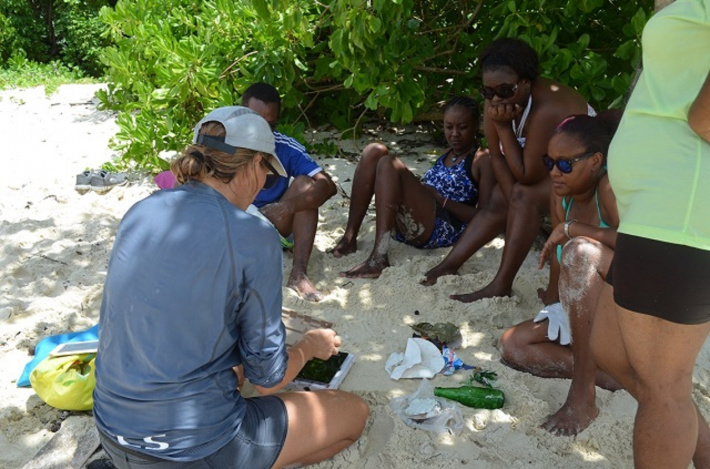 Children from Mauritius, Reunion – a French department in the Indian Ocean – and Seychelles are benefiting from a project highlighting the crucial importance of coral reefs for human livelihood and children as its custodian.

Pareo – the reef heritage of the Indian Ocean in our hands – is a project by the ‘Institut de Recherche pour le Development France’ (The Research Institute of Sustainable Development, IRD) and funded by INTERREG V (FEDER), the European Union, France and the Regional council of Reunion.

The Research Institute of Sustainable Development (IRD) is a public institution of scientific and technological research, placed under the supervision of the Ministry of Higher Education, Research and Innovation and the Ministry of Europe and Foreign Affairs.

Through its network of representatives, IRD can put scientific cooperation with developing countries at the heart of the national and European research and development aid strategy.

In Seychelles, IRD has partnered with the Seychelles National Parks Authority (SNPA) and the Wildlife Clubs of Seychelles. The department of Blue Economy and the Ministry for Education are also collaborating and supporting the project.

The first phase of the project – a three-day teachers’ training – was held recently and facilitated by Pareo’s project manager, Lola Masse.

Masse, a marine biologist by profession, said the project seeks to raise awareness of the coral reef of the Indian Ocean region by developing innovative awareness programme.

The session, attended by primary school teachers involved with eco clubs as well as representatives of organisations working in the field of marine conservation, introduced participants to specifically developed educational tools and games namely the MARECO kit which will be used with students from 6 to 12 years old.

“The MARECO educational kit on coral reefs has been created by a team of IRD scientists. It has proven its worth in many islands of the Indian Ocean with different economic and social contexts. The great flexibility of the materials in the kit allows dealing with a variety of subject such as biodiversity on reef, food chain, the place of man in the system,” explained Masse.

According to Masse, “in this first action, we plan to use the MARCO kit in classroom and field trip interventions. Additional kits will also be produced to be distributed to the local NGOs or teachers willing to use it in awareness activities.”

The kit contains three educative materials, a card game “happy family” to discover marine biodiversity, an album with stickers to understand why the coral reef is degrading, a board game in the form of a role-playing game where together the players must find solutions to conserve the coral reefs.

But why target children for a project about coral reefs, which in any case is beyond their reach?

“If kids cannot go in the water, then the water must come to them. In this action, we plan to use new technologies to explore coral reefs and provide with a different perspective. This will be made through the set up of a live dive, a 360° underwater vision and aerial images in drones. Connecting to one's environment also means understanding how people use the environment and discovering the associated cultural heritage,” said Masse.

In addition, the project seeks to involve local artists – storytellers, musicians, among others – to support children in expressing their representation associated with coral reefs. To support the transition from knowledge to action, there are plans to develop additional teaching materials including an interactive reef and to support concrete conservation actions through classroom projects.

According to Masse, environmental education is one of the essential pillars to amaze, raise awareness and inculcate new behaviour in children, citizens of tomorrow.

“The Indian Ocean islands have in common an exceptional reef heritage which unfortunately deteriorates under human pressure resulting in significant loss of biodiversity. However, these ecosystems are the source of many benefits for local fishing, coastal protection, and development of recreation and tourism.”

The marine biologist added: “In the interest of all, coral reefs require enhanced protection, combined with awareness to ensure their protection. As well as transmitting scientific knowledge to the general public.”

In fact, forging links between science and society for developing sustainable and human is one of the important missions of the IRD which endeavours to transmit and communicate the knowledge acquired by its scientists in order to best adapt the management of reefs.

While launching the training, Benjamin Martin – responsible for regional cooperation between Seychelles and Reunion which funded the training – said the core of their work and funding goes to bringing the islands closer together. “We can do that because we are very close culturally, economically and we share the same space, we share the same ocean.”

The third day of the training was a field trip to the Ste Anne marine park and Cerf Island. In the marine park through snorkelling, the participants got to see first hand the reef ecosystem, its biodiversity and more importantly its management. These were topics covered during the two previous days.

Maria Brioche, outreach and education officer from the Seychelles Island Foundation which manages the Aldabra atoll, a world heritage site, said that she is more confident to talk to children about the coral reef of Aldabra.

“I will now be able to also identify and name the species that live at the coral reef,” added Brioche.

“What I have learned and seen will be transferred to the little children I work with. In addition, I have done some filming and intend to show to the kids as part of their learning,” concluded Walter.

The accompanying photos show some highlights of the training as part of the first phase of the Pareo project. 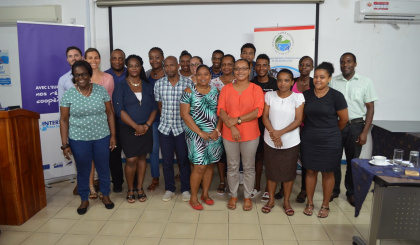 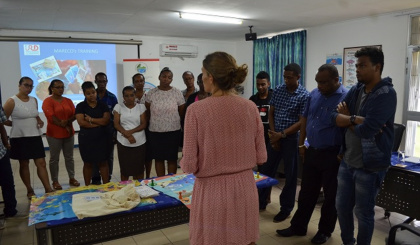 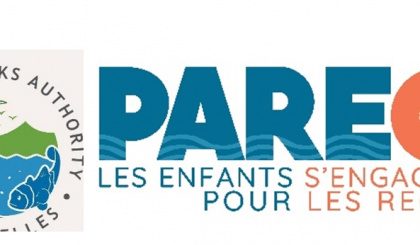