While the world is constantly monitoring how the coronavirus – COVID-19 – will spread, the pandemic is having an extensive impact on the local and international sports communities, causing alterations from playing games behind closed doors to cancelling events and putting leagues on temporary suspension.

Locally, all sports activities have been cancelled as part of the safety precautions in line with the to-do list of the department of health regarding the COVID-19, advising that organisers of large public gatherings, including sports events, cancel or postpone their events until further notice.

Chief executive of the National Sports Council (NSC) Jean Larue announced on Monday that the suspension includes the use of all the NSC-administered venues and facilities.

On Wednesday last week at a press conference in Geneva, Switzerland, the World Health Organisation (WHO) officially declared COVID-19 a pandemic.

While most of the sports world is on lockdown, the International Olympic Committee remains fully committed to staging the Tokyo 2020 Olympic Games as scheduled this summer, despite Japan's Olympic minister Seiko Hashimoto suggesting it could be postponed until later in the year.

With curfews and travel restrictions in place globally as increasingly desperate nations try to halt the spread of the killer COVID-19, some local athletes plying their trade overseas, precisely in Europe, will be allowed back in Seychelles but they will be placed under immediate and obligatory 14-day quarantine.

The new restrictions will take effect as of 8pm today and is expected to last for a period of one month after which it will be revised.

Other than our professional athletes – Abdel Sylla, Rodney Ah-Kong (France) and Marielle Bonne (Spain) – there are also athletes who were undergoing intensive training for the forthcoming Games of the XXXII Olympiad, scheduled to take place from July 24 to August 9.

While swimmer Felicity Passon returned home on Sunday night from South Africa, Laser sailor Rodney Govinden is still in Viana do Castelo, Portugal where he is training at the VianaSailing.

Sports NATION got in contact with some of the athletes to see their situation and their immediate plans.

Reigning Sportswoman of the Year Felicity Passon is back home from Pretoria, South Africa where she was training for a slot at the Games of the XXXII Olympiad.

Based in Pretoria where she was training under coach Rocco of the Tuks Swim Club, female swimmer Passon flew back to Seychelles on Sunday, following her team’s consultation regarding the current global situation vis-à-vis the COVID-19 virus.

In view that South Africa has recorded 62 positive cases of COVID-19 to date – mainly in Durban – and with little ground support for her team of two, having to stay in a hotel and using public transport, taxis, grocery shopping, restaurants, it was felt that the risk far outweighed the gain.

According to members of her family, Passon understood that Seychelles is also taking the pandemic seriously, having taken measures such as ban and cancellations of flights.

She therefore wanted to expedite her return to be with her family before she finds herself stranded in a foreign country for whatever reason.

She hopes to resume her programme with the help of coach Rocco at the Roche Caïman swimming pool for as long as she feels safe.

She is no doubt disappointed, having reached so close to her main goal where she is in a very good form to compete, but has no doubt that her safety surpasses that over the love for her sport.

Local Laser sailor Rodney Govinden, the only Seychellois athlete who has qualified for the Olympic Games so far, said he is safe, fine and doing OK in terms of training.

Communicating from the VianaSailing in Viana do Castelo, Portugal, Govinden said he had to halt his one-month training and competition programme in Palma de Mallorca, Spain as the situation there was getting worse.

Govinden explained that the gyms and sailing clubs were getting closed down, while the sailing event he was due to take part in was cancelled.

He is now back in Portugal where he will be training from now on.

“I have sorted out the training arrangements together with my coaches so that there are minimal interruptions in the training,” said Govinden who further added that he only heads out just to train and go to supermarket to buy essentials, while paying good attention to his hygiene.

“Training is going good so far, both fitness wise and on the water,” he noted.

“I try not to let the situation affect me morally, so I try to focus on the things that I can control,” added Govinden who also said he is very focussed on his training.

“For sure we will need to adapt certain things as most of the international regattas are being cancelled, the only thing I can do is to keep focusing on my training, making sure to get the most out of each session, whatever happens externally we will deal with it as it comes,” concluded Govinden.

Basketballer Abdel Sylla who plays for L’Hermine de Nantes in France and lifted the winner's trophy of the Disneyland Paris Leaders Cup LNB 2020 Pro B in February, is grounded at home, waiting for the latest updates on the situation.

Speaking to Sports NATION, Sylla said he is fine, while all training sessions and matches have been cancelled.

He explained that “the different teams are making special arrangements for all foreign players to go back home, while the French government will ensure their safety during their trips to their respective countries”.

A member of the Mairena Voley Club (MVC) in Aljarafe, Sevilla Spain, Marielle Bonne is presently playing in the Spanish second division (Superliga 2).

When contacted, the Seychellois player explained that she is rather annoyed by the whole situation, even if the element of fear is also there.

Being in lockdown since the league has been suspended is the greatest challenge for the former Arsu and Seychelles attacker.

“Frankly it is difficult to cope especially when you are an active person who is always on the move,” she said.

“But since the COVID-19 is serious, I do not have any choice but to stay locked inside the house since last week,” further added Bonne who noted that they have stopped everything including training and matches.

She however noted that they do have some indoor training programmes that they are using as keep fit tools in the house.

“We also play card games, do yoga sessions and since there are five of us from five different countries, namely France, Germany, Benin, Ivory Coast and Seychelles, we spend one hour learning the different languages to keep us busy,” added Marielle who noted that they leave the house only for medical reasons and food shopping.

When asked if she feels safe, her answer was simply “I don't know, frankly I don't know.”

With the European Union closing its borders to all non-essential travel as it attempts to contain the ongoing spread of the coronavirus on the continent, Bonne said her plane ticket has been cancelled and she will not be able to leave Spain until further notice.

Meanwhile, all attempts to contact Rodney Ah-Kong who plays for Rennes Volley 35, have been in vain. 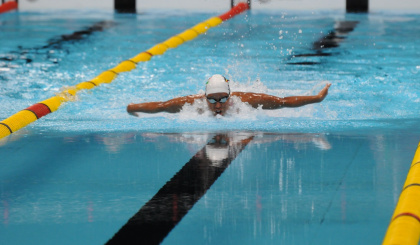 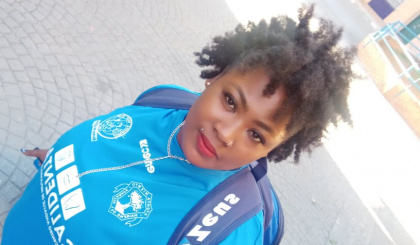 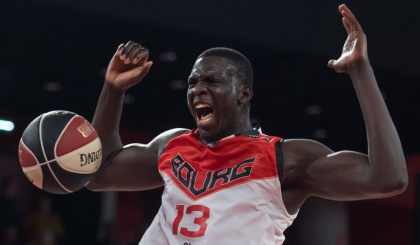 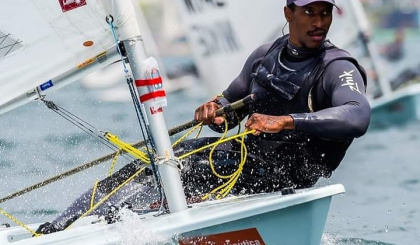