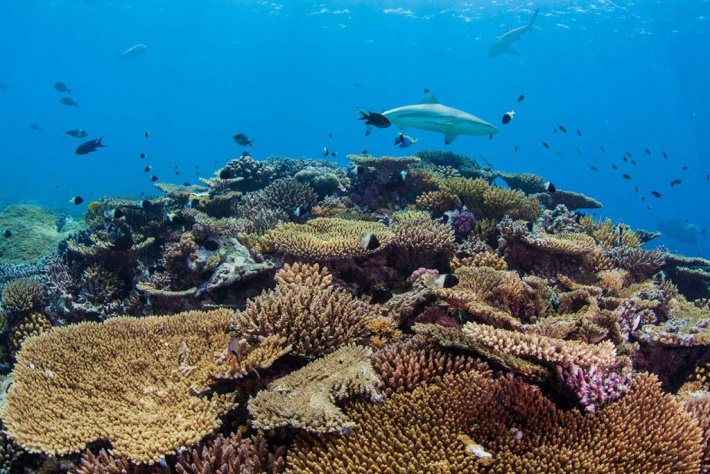 Sharks are an indicator of healthy coral reefs. A blacktip reef shark patrols a reef around D'Arros Island (Photo by Ryan Daly © Save Our Seas Foundation)

This is one of the conclusions reached by a new study that documents changes in the type and condition of coral cover on the shallow reefs in this region of the Amirantes.

The study began just before global bleaching occurred in 2015 and continued until just after higher-than usual sea temperatures subsided in 2017.

The paper, titled ‘Post-bleaching mortality of a remote coral reef community in Seychelles, Western Indian Ocean’, was written by Emily Gadoutsis, an MSc student at the University of York, and published in the Western Indian Ocean Journal of Marine Science. Emily’s work was supported by the Save Our Seas Foundation (SOSF) and guided by the research team at the SOSF D’Arros Research Centre (SOSF-DRC).

Emily showed that nearly 50 percent of the hard corals around D’Arros Island and St Joseph Atoll were bleached in 2016, when sea temperatures rose around the world. Many coral reefs, including more than 70 percent of the Great Barrier Reef, were devastated in this global event. The loss of hard corals around D’Arros and St Joseph is extremely distressing, but Emily found something surprising about this remarkable region of the Seychelles.

Working with co-authors Clare Keating-Daly and Dr Ryan Daly, formerly of the SOSF-DRC, and Julie Hawkins of the University of York, Emily also showed that we may have reason for cautious hope. Soft corals survived, and while many hard corals were lost, the nature of the sea floor’s cover didn’t completely change. In fact, some of the sites surveyed showed little mortality of corals of any kind. And deeper reefs, experiencing slightly cooler temperatures and covered in the kind of corals that are more resilient to temperature fluctuations, lost less hard coral cover to bleaching.

Coral bleaching is a phenomenon directly linked to the changing climate, the result of rising levels of carbon dioxide in the atmosphere. Reef building corals in the tropics are colonial animals that are very sensitive to changing temperatures.

Microscopic plants (or algae) called zooxanthellae live inside the polyps of the corals in a symbiotic relationship, one that benefits both the algae and the corals. These tiny plant powerhouses convert the sun’s energy into food, nourishing their coral homes and giving the corals their beautiful, vivid colours. When sea temperatures rise, the zooxanthellae stop functioning as usual. The stressed corals, recognising that something is amiss, expel the life-giving zooxanthellae from their tissue and eventually all that is left is the stark, white skeleton of the coral: the organism has ‘bleached’.

Bleached corals can recover, if given a chance. Their revival relies on managing the vibrant ecosystem that has built up around these reefs. Fish nibble the algae that would otherwise overrun the recovering coral skeletons, and all parts of the dazzling array of reef life – from the tiniest shrimps and fan worms to the sharks that patrol the area and the manta rays that swoop through, bringing vital nutrients into the system – play a role.

D’Arros Island and St Joseph Atoll, situated in the most remote reaches of the Amirantes region, have been relatively protected from overfishing, pollution, poor water quality and coastal development. These are all stressors that would otherwise reduce the resilience of the coral reefs.

As our climate continues to change, coral bleaching is set to become more frequent. And resilience is key for corals to cope with the changes that the more frequent warm sea temperatures and consequent bleaching will bring.

Emily’s study has helped to show that keeping fish populations stable and well-managed and limiting human disturbance around D’Arros Island and St Joseph Atoll will go a long way towards helping these coral reefs to recover.

James Lea, the newly appointed chief executive (CEO) of the Save Our Seas Foundation and a member of the Evolutionary Ecology Group at Cambridge University, is proud to see the SOSF supporting the work of young scientists in these important places. As a shark scientist himself with a PhD from the University of Plymouth, James will pursue the Foundation’s key mission, which is to protect sharks and rays in their critical habitats by supporting research that brings to light information to help us guide our actions while there is still time.

In our increasingly warming world, the future of coral reefs might well rely on there still being a few remote and near pristine wild places left in our oceans: precious places like D’Arros and St Joseph, where the marine ecosystem is resilient to critical events and corals may still have some form of safe haven.

About Save our Seas Foundation

Founded in Geneva, Switzerland in 2003, the Save Our Seas Foundation (SOSF) is a philanthropic organisation aimed at protecting and caring for the world’s oceans. Its support for research, conservation and education projects worldwide focuses primarily on endangered species of sharks, rays and skates. Three permanent SOSF research and education centres reinforce its action in the Seychelles, South Africa and the USA.

Over the last 15 years, SOSF has supported some 300 projects worldwide, passionately upholding the founder’s plight to protect the population of sharks, rays and skates, whose presence is essential to the health and biological diversity of our seas. 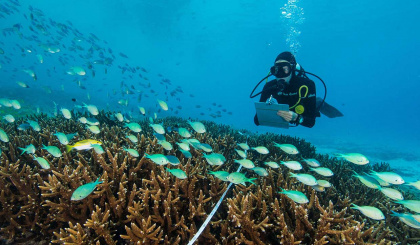 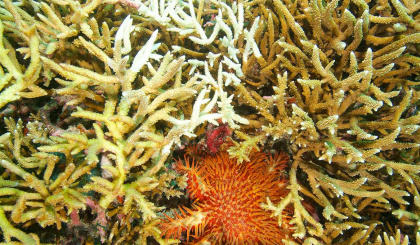