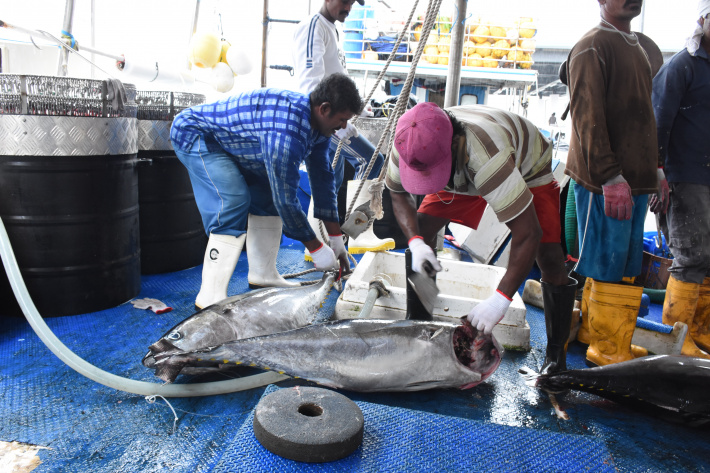 The government’s intention of setting up this company was not to start up a business but to “save the sector”, according to Minister Bastienne

After appeals made by the private sector, the Ministry of Fisheries and Agriculture has chosen to hold off on the establishment of a 100% government-owned enterprise which would have helped market and sell fish caught in Seychelles waters to overseas market.

First announced in the National Comprehensive Plan launched in August 2019, the company was expected to become the “government’s investment vehicle for the fisheries sector” and help maintain the semi-industrial sector.

According to Minister Charles Bastienne, “the principal cause behind the establishment of such a company would be to better market fish caught in Seychelles waters and provide for better coordination. This springs from the difficulties many semi-industrial boats were faced with in terms of selling their fish”.

As per the comprehensive plan, the company was to manage fisheries-related matters that might not necessarily fall under the responsibility of the Seychelles Fisheries Authority (SFA) and hence allow the SFA to focus on its core mandate.

It would also have to undertake aquaculture activities, conduct transactions of fishing materials and equipment, identify and assist training needs in the fisheries sector among others.

However, following the announcement of this company, Minister Bastienne said that his ministry saw a shift in the fisheries sector whereby private companies expressed their interests in engaging in similar activities.

Therefore the government has put the establishment of this new company on hold with the condition that they get their firms up and running in 2020.

“Some of them had already been provided with processing units at Providence, others had been allocated land and they will be provided with the opportunity to launch themselves into this sector, even though they had not done so in the last four to five years.”

“The government has listened to them and has given them a last chance to bring back some dynamism in the sector, especially the semi-industrial sector, but they have to start their projects in 2020.”

He noted that the semi-industrial sectors, above all, was in dire need of this company given the challenges such as grading of fish for export or selling of fish, since semi-industrial boats have increased significantly over the years while the number of processing firms have not.

“The government’s intention with this was not to start up a business; it was to save the sector and I believe that it was a good decision but given the private sector’s interest, we would like them to take the helm since we would have privatised the company at a point in the future,” Minister Bastienne declared.