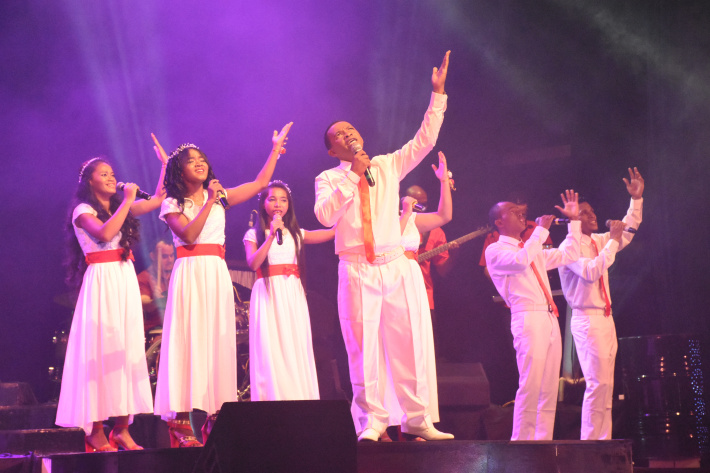 The much awaited live finale of the ‘Bring It On’ gospel talent show held on Saturday December 21 saw Lauren Leon, Faith Thande, Zion coming out as the winners in their respective categories.

To outshine her fellow competitors, 17-year-old Lauren Leon gave well-received renditions of an original song and a song chosen specifically for her by the jury.

For this feat Lauren, like the other winners, received multiple gifts from the show's various sponsors.

Thande, who won the category for 18 and above, said she was both shocked and elated to have won her category.

“I was not really in it for the competition but rather I was taking the show as one of the many steps to transform my life; to accept the things that have happened to me which I cannot change but I know can change my life with the help of God,” she told Seychelles NATION.

“I wanted to show Seychellois youths that we can also do our part in helping bring gospel songs to the mainstream,” she said.

As for the group category there were only two participants, Zion which included siblings Azarelle and Savio Ragain along with their Dad Joe Ragain and KitanNy Mino.

Zion came out as the winner.

Another prize up for grabs was the Shekinah Award which honours an artist’s contribution to gospel songs and this went to Veronique Hollanda, a veteran in this field.

Veronique gave a rendition of one of her latest gospel songs before finishing with her break out song ‘Miray Zeriko’ which was a huge hit in Seychelles when it first came out.

Jude Fred, the organiser of the talent show, noted that it was challenging as they are working with an entirely different group of people but in the end it’s worth it.

He described the progress of the singers as impressive as they gave their all.

The accompanying photographs taken by Thomas Meriton show the winners as well as some other highlights of the show. 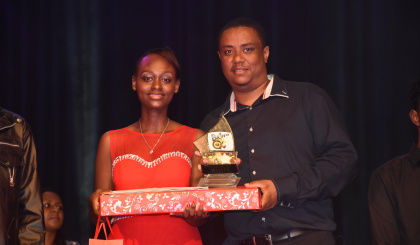 Faith Thande, winner of the category 18 years and above 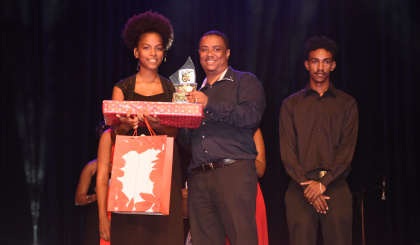 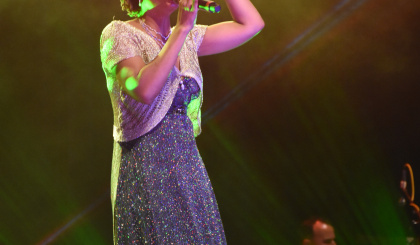 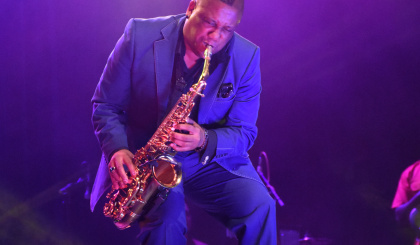 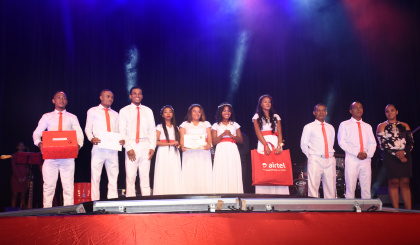 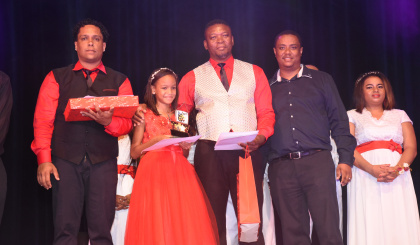