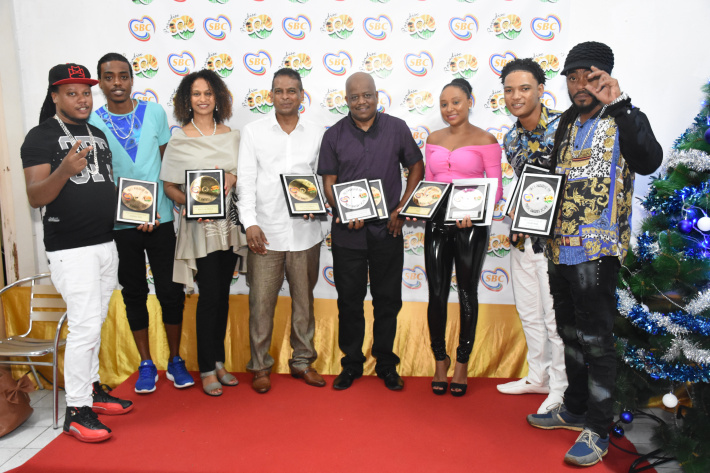 With his new version of the song Gro Nyaz Nwanr, singer Mervin Camille has won the ‘Award for Most Week and Number 1’ on Paradise FM Chart Attack Top 10, during the launch of the first Seychelles Broadcasting Corporation Paradise FM Music Award 2019 held at its premises at Hermitage on Friday evening.

Gro Nyaz Nwanr, originally sung by Despilly William but has been re-interpreted by Mervin Camille, had stayed for 16 weeks at number one on the Paradise Chart Attack Top 10 until September 31, 2019. The Chart Attack commenced in January 2019.

The SBC Paradise FM Music Award 2019, a television show, which was held live in the Hermitage studio, was attended by the winning artists and nominees, SBC chairman Gerard Lafortune, chief executive Berard Dupres, representatives of sponsors, SBC board members and staff.

Mervin Camille said even though the song originally belongs to Despilly William, but with all due respect to the veteran artist, he thinks that his voice and the new music arrangement have contributed for the song to stay that long on the chart.

For winning the award, Mervin received as prizes a gold shield, a return ticket from Sri Lankan Airline and dinner for two at Kempinski Seychelles Resort & Spa. Apart from winning the gold award for the Most Week at Number One, Mervin also won a silver award for Most Chart Entries (Male) with three songs – Gro Nyaz Nwanr, Madanm Beruit and Moustik.

“Even though I was aware that the song (Gro Nyaz Nwanr) was doing well on the chart I still was not expecting to win the prize,” Mervin Camille said, noting that the award will motivate him to further produce quality songs to match the level attained.

“The initiative taken by Paradise FM will surely motivate other artists to aim high and produce good music,” Mervin said.

As for Mia (Mina Telemaque), she won the gold award for Most Played Artist (Female), distancing Kinavi, Katty Melanie, Angie and Sandra in that category. She also won a silver award for the ‘Most Chart Entries’ (Female) with songs Les Bato Marse and Ou Deserve featuring Jahkim.

“Frankly, I was expecting to win one award maybe but not two, and for that I am very happy. The awards represent the hard work and devotion I put in my music and it also shows that people are appreciative of what I am doing in regards to music,” said Mia.

She added that the initiative taken by Paradise FM to introduce the music awards will get more artists to produce good music.

The silver award went to ‘Best Newcomer’ Kayne with song Lanmour Profon and Jahrimba for the ‘Most Total Weeks in Top 10’ with his song I Kas Zot Leker which stayed on the chart for 19 weeks.

The special prize for a Paradise FM recent ‘Hot Tune’ went to Cusmun with his recent song entitled ‘Broadcast’.

According to the principal of Paradise FM, Nathalie Rose, the SBC wanted to have a creative activity to end the festive season and the music award came up as the idea, thus a recognition to the many artists it had worked and collaborated with.

Ms Rose noted that apart from recorded data on songs played, the public plays a significant role in the selection of artists to win awards and that is through their voting on the songs in the Paradise FM Chart Attack played every Sunday. She further said that the music award will be held annually.

The show was presented by Chicco Martino and Collin Aglaé (Oriji) and the Festive Jam band accompanied the entertaining artists.

The SBC Paradise FM Music Award 2019 television show will be broadcast on December 31 at 6pm on Paradise FM (Radio) and on SBC1 at 9pm the same day. 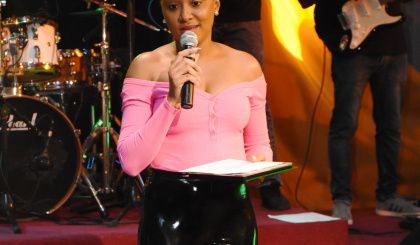 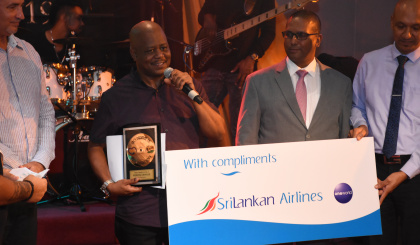