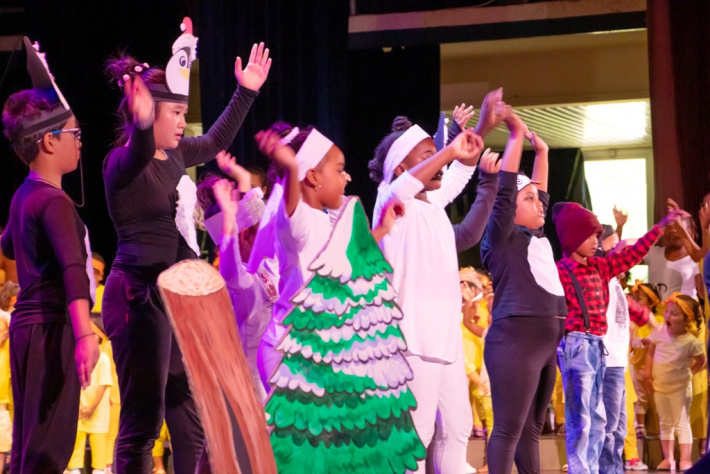 For its end-of-year show, the Trotters Stop pre-primary and primary school presented a wonderful show at the ICCS around the theme ‘Eddie – The Penguin Saves The World!’

The story is when Eddie notices his iceberg melting he decides to move up to the North Pole in search of more ice. However he realises that it is fast disappearing there too. On a mission to stop the ice melting any further, Eddie travels the globe to tell all the humans just how they can help.

The director of the school, Poonam Varma, noted that the show was packed with songs about walking to school, turning off the tap, growing trees and recycling rubbish, Eddie really helps get the message across.

“It was an absolutely amazing and spectacular musical show! Eddie the Penguin deals with issues of global warming in a clever and child-friendly way, helping everyone understand how to begin contributing towards a more sustainable planet. The children had a great time rehearsing for the production and the outcome was an immense success. The play was perfect for the children and they took their character role to another level. They were able to share their thoughts and feeling through music and drama. Everyone enjoyed their wonderful acting, singing and dancing. Furthermore, I felt very proud of the children, and the phenomenal success of the production,” noted Mrs Varma.

While watching the show, many parents got emotional and were in tears and they described the show as brilliant.

Trotters Stop opened its doors in September 2013 and moved to Perseverance in August 2018. The school currently has 215 children from nursery to P6.

The accompanying photos show some highlights of the show. 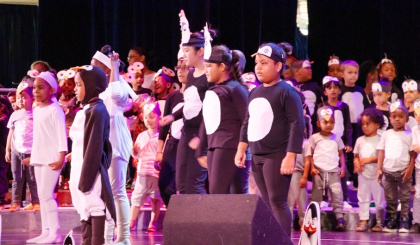 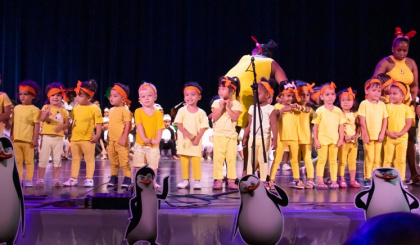 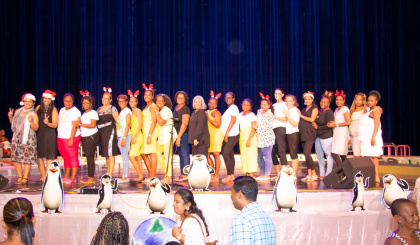