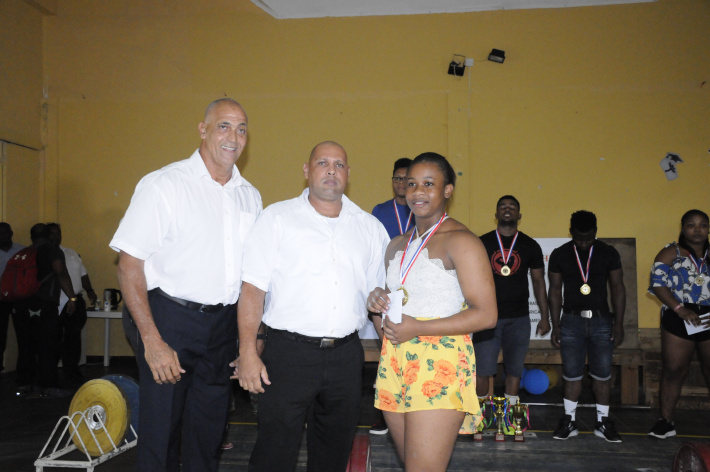 The year 2019 has been a quiet season for the sport of weightlifting, according to Seychelles Weightlifting Association chairman Robert Rose.

The Seychelles Weightlifting Association (SWA) officially closed its local calendar of activities for this year last Saturday with the National Championship.

Mr Rose said the SWA has tried its best to manage and bring the best out of its budget allocated for the year.

He explained that as of now, the main target is to take part in as many Olympic qualification tournaments to at least secure a spot at next year’s Games which will take place in Tokyo, Japan.

The next major event will be the Olympic qualification competition which will take place in March in Mauritius and according to Mr Rose, as from early January, preparations will be focused mainly on the competition which he described as another version of the Indian Ocean Island Games (IOIG), as the countries from the region will be taking part.

He also added that based on its budget and support, the SWA will attempt to take part in as many qualification tournaments possible around the globe.

Commenting on the performances of 2019, Mr Rose noted that it was satisfactory, based on the budget, opportunities and facilities available.

In terms of international competitions, the SWA chairman said the results were again satisfactory, based on the level of preparation.

“Performance and results are purely based on the level and quality of preparations,” Mr Rose further added.

As for the future of the sport, Mr Rose explained that the SWA will have to work with athletes they have, especially the newcomers who are showing great interest and have good potential to excel.

“As for the newcomers, we have a group of girls who have shown an interest and are training quite hard to improve, but then again, we have to wait and see whether weightlifting is their true calling,” explained Mr Rose.

He added that for now, the sign is a positive one and that all will be decided during competitions which will begin in March, especially the open competitions.

Meanwhile, at Saturday’s National Championship held at the Bel Ombre community centre, female lifter Ruby Malvina, freshly out of suspension, came out strong to set two new national records in the 64kg weight category. After only lifting 75kg in snatch to miss out on beating the standard of 77kg, Malvina lifted 100kg in the clean and jerk to better the standard of 91kg to finish with a total of 175kg to improve the set standard total of 168kg.

Lifter of the year veteran Steven Baccus leaving for good

Holding the record as the Seychellois weightlifter with the most gold medals won in the history of the Indian Ocean Islands Games (IOIG), veteran lifter Steven Baccus who has been voted as this year’s best male lifter will not be action again due to a serious spine injury.

Not in action at Saturday’s National Championship, Baccus clearly expressed his regrets as he wanted to end his 25-year career with a bang.

Nevertheless, the fire fighter explained that he was satisfied with this year’s performance, despite the abrupt end to his training and career.

He explained that following professional advice, he decided to end the long career, despite the temptations from his inner demons.

Mixed feelings about his situation, Baccus explained that he is caught between leaving the sport and being satisfied with his achievement.

To illustrate that he noted that in terms of regret, he wishes that he was still competing when he assesses the level of the sport and the athletes.

He noted that it is disappointing to see that kind of results and performances, barely four months after the IOIG which is a major competition.

“How can athletes perform like that, shortly after a major competition where their performances were way higher and better,” asked the puzzled 18-time IOIG gold medal winner.

“I hope they take my comment positively and as a boost, instead of taking it negatively,” he added.

On the other hand, he noted that despite it being hard to retire, he is satisfied with his performance and legacy over the past 25 years.

Female lifter of the year Romantha Larue is focussed and her main target for 2020 is to train harder and achieve better results.

Triple gold medallist at the last IOIG, Larue who competes in the 87kg category lifted a total of 150kg — 65kg in snatch and 85 kg in clean and jerk.

At Saturday’s National Championship, Larue managed 75kg in snatch and 100kg in clean and jerk for a total of 175kg.

Romantha Larue has promised to step up her training in 2020 in order to remain among the best, if not the best in the women’s group.