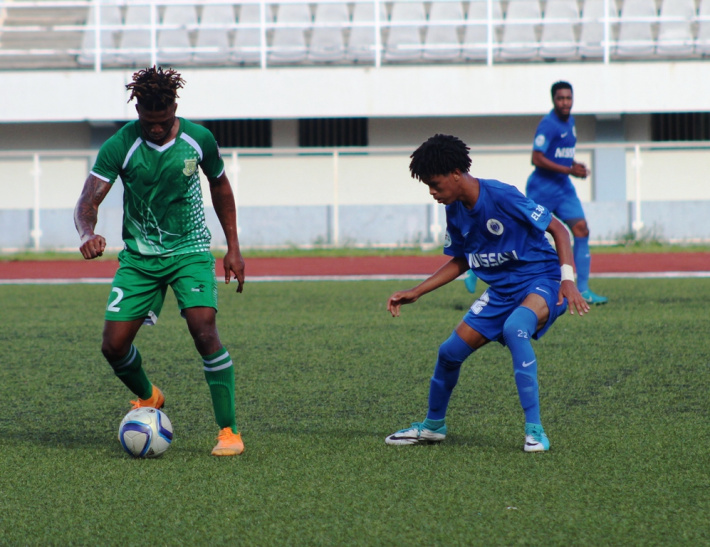 La Digue side La Passe returned to the top of the league with a convincing 6-1 win over Victoria City on Friday at Stad Linite and on Saturday, reigning league champions Côte d’Or were beaten again as they went down to Revengers 2-3 at Stad Amitié and on La Digue, Red Star Defence Forces disposed of Anse Reunion 3-0 while at Stad Linite, Foresters fought back to draw 2-2 with Northern Dynamo.

Revengers upset their more prestigious neighbours Côte d’Or as they came from behind to win 3-2 at Stad Amitié on Saturday afternoon.

Perry Monnaie had given the reigning league champions the lead in the opening minute to make it 1-0 but Danio François leveled the score at 1-1 in the 26th minute for a stalemate at half-time.

Monnaie again scored at the start of the second period for a 2-1 score but Revengers’ Malagasy defender Herod equalised in the 79th minute to make it 2-2.

There was to be further drama when Côte d’Or gave away a penalty in the 94th minute and referee Kerens Yocette pointed to the penalty spot and Malagasy Marthelin stepped up to score to give Revengers a 3-2 triumph and inflict a second consecutive defeat on Côte d’Or as former Côte d’Or assistant coach and now head coach of Revengers Neddy Rose claimed the scalp of a second big team after they broke St Michel’s unbeaten run earlier this season.

La Passe return to the top

La Digue side La Passe returned to the top of the SeyPearl Premier League table with a 6-1 drubbing of Victoria City at Stad Linite on Friday afternoon.

Marcus Labiche opened the floodgates early in the first half and Elton Monnaie made it 2-0 before Malagasy Florent added a third goal and Stan Fanchette made it 4-0 at half-time.

Monnaie bagged his brace soon after the restart for a 5-0 score but Victoria City’s David James reduced the arrears minutes later to make it 1-5 but Monnaie netted his hat-trick with his third goal in the 84th minute for a 6-1 final score which helped the players of coach Bruno Saindini to the summit of the league.

Foresters fight back against Northern Dynamo

Foresters had to fight back from two goals down to earn a 2-2 draw against Northern Dynamo at Stad Linite on Saturday in an entertaining match to preserve their unbeaten run.

Leroy Corallie wasted the first decent chance in the 13th minute when Brandon Labrosse skipped past three players to slip the ball to him but despite being in an offside position which was not signaled by assistant referee Gerald Pool, the former St Michel striker shot wide.

Northern Dynamo also went close in the 15th minute from a curling free kick by Malagasy Patrick Rasaminana from 25 metres out which crashed against the post with goalkeeper Kitson Cecile rooted to the spot.

This was an open first half and in the 22nd minute, Foresters skipper, Malagasy Leonard Besabotsy floated a free kick into the Dynamo penalty area where Labrosse rose above the defence to head at goal but the ball grazed the crossbar.

Ryan Henriette then wasted two clear chances to give Foresters the lead as he allowed goalkeeper Ricky Pool to deny him on both occasions though Dynamo had to reshuffle their defence with Ahmed Maurice limping off injured in the 34th minute.

Dynamo broke the deadlock in the 38th minute after a bad error of judgment by goalkeeper Kitson Cecile who played Malagasy Patrick’s deep cross which was sailing out play, but he brought it back in play but it fell to Malagasy Rajamana who hooked the ball across the Foresters goalmouth and Kevin Estico guided the ball into an empty net for a 1-0 lead at half-time.

Foresters brought on Warren Mellie against his former club as Henriette was replaced but it was Dynamo who scored again in the 52nd minute from Aldo Dufresne’s long ball to Carlos Simeon who flicked the ball to the lurking Rajamana who lobbed goalkeeper Kitson Cecile who was in no man’s land to make it 2-0.

Foresters were rattled and Rajamana should have done better with Rasaminana’s through ball in the 56th minute but he miscued his shot.

In the 58th minute, Rasaminana countered before he released Rajamana who raced on goal but was brought down by Foresters skipper Besabotsy who was lucky only to receive a yellow card as he could easily have been sent off by referee Egbert Havelock.

In the 78th minute, Foresters’ Besabotsy lofted a free kick into the penalty area which Mellie headed back to Adeyeri who fashioned a fierce shot but goalkeeper Pool was equal to the task.

Foresters’ pressure paid off in the 80th minute from Brandon Molle’s free kick which reached Mellie who in turn headed it across goal where Adeyeri stabbed it home to complete a comeback and make it 2-2.

Both teams went all out to win this match especially with the rivalry between them as the current Dynamo coaching staff was working with this Mont Fleuri-based team this season for the Transitional league before switching allegiance and tempers almost boiled over at the final whistle but common sense reigned though Foresters coach Harold Hoareau was unhappy with referee Havelock who gave only three minutes of injury time as he felt there should have been more especially for time wasting by their opponents.

“We took things too easy in the first half where we wasted many scoring opportunities and then had to fight back after gifting our opponents two goals, so overall I’m not happy with my team’s performance as we dropped two points though we managed to preserve our unbeaten run and I’m also disappointed with the officials for allowing the opponent to indulge in time wasting and not giving enough injury time bearing in mind the number of substitutions,” Foresters coach Hoareau said.

As for the Dynamo manager Nigel Michaud-Payet, he also wanted all three points and more so to shatter their opponents’ unbeaten run.

“Our aim was to bring an end to Foresters’ unbeaten run and win the three points to improve our league position so we are disappointed as we were in a strong position at two goals up but we allowed our opponents to come back. Therefore we have to accept the result,” the Dynamo manager told Sports NATION.

Malagasy Tojo put the army team 1-0 ahead at half-time and the same player Tojo made it 2-0 early in the second period before Darrel Damoo secured all three points with a late strike for the players of coach Cliff Nolin.

However, there was a brawl after the final whistle of this match as the Anse Reunion supporters were unhappy with the officials led by Alix Bonne as they made their feelings known and fortunately the Anse Reunion players had to intervene to diffuse the situation. 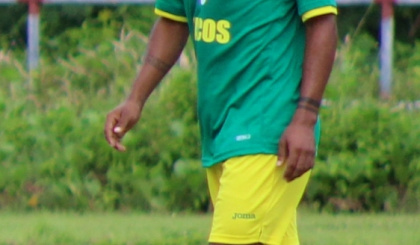