La Misère school making maths fun, one board game at a time |08 November 2019 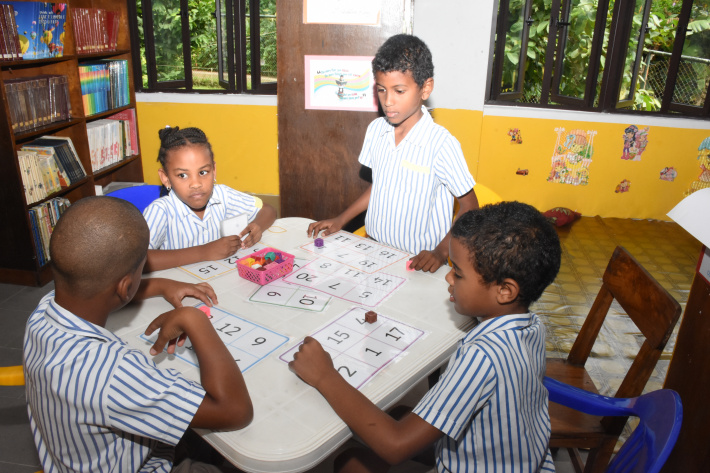 A day dedicated to learning and understating the different uses of maths is what the school is doing to improve the performance of its students from primary one classes all the way to primary six using a number of methods such as board games and dominoes.

“Maths is something we come across in our daily lives so we wanted to present mathematics to them in an exciting and interesting way through games and activities,” said Lucianne Boniface, the maths coordinator at La Misère school.

Ms Boniface added that they are focusing on a number of maths topics to see the strengths and weaknesses of the students such as shapes, measurements. A shop corner was also set up to teach the kids about the value of money and good spending.

“We have seen nationally that students performance in maths is at an all time low and our school has not been spared so this is one of the main reasons we are conducting the activity,” said Miss Boniface.

The students also had the opportunity to play different board games including a twist on monopoly and snakes and ladders involving numbers and shapes.

“Hopefully after all is said and done we hope to expect improvements on the performance of students because we have seen in the past that lacklustre performances in mathematics are the results of students not understanding a certain type of material and this prevents them from moving on to other topics,” said the coordinator.

A special class was also being conducted at the school for parents of children who are having difficulties when it comes to mathematics. This class was conducted by Steven Rose, senior education officer at the Ministry of Education.

“One thing we have discovered while talking to parents is that they also have difficulties understanding mathematics so they cannot help their kids at home and this leads to their kids not trying to their full potential,” said Ms Boniface.

However parent turn-out was low as there were only six parents present for the class.

Jourdanne Solin, Margaret Morel and Marie Songoire where three mothers who took part in the class and they noted that this is a good initiative as they are made aware of their children’s weaknesses in class.

The parents also expressed great interest in attending another class as they felt that this session was too short.

Ms Boniface noted that for the first time that an activity like this one is being held the turn-out and participation of students was a huge success.

She noted that in the future activities like this will also be conducted for other subjects such as languages and science.

The accompanying photographs taken by our photographer Louis Toussaint show some highlights of the Maths day at La Misère school yesterday. 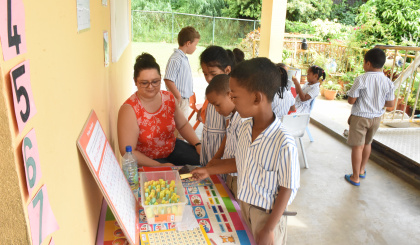 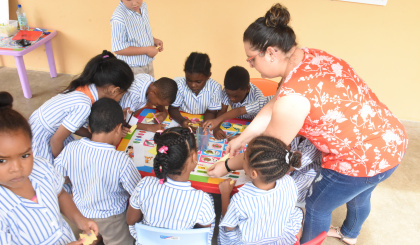 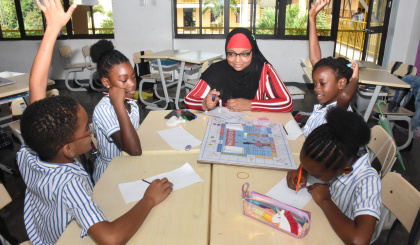