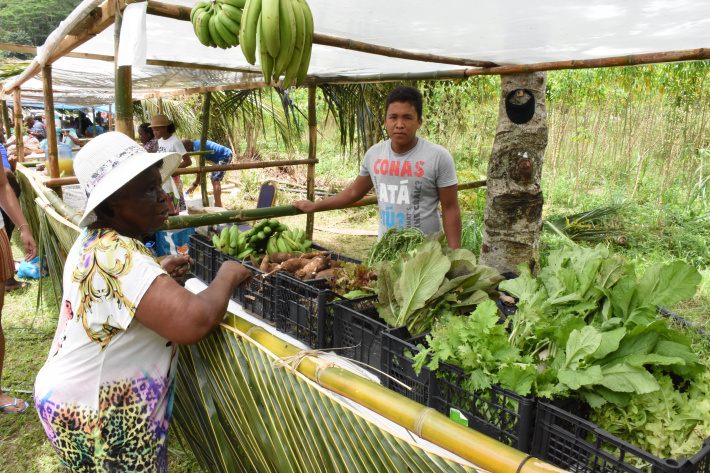 To wrap up activities marking Food Week, the residents of Val D’Andorre in the Baie Lazare district, hosted their annual food fair which saw a large turnout of visitors coming from the surrounding districts.

Vendors and farmers alike were selling fresh local produce such as cassava and sweet potatoes as well as an array of different types of bananas and local spices.

Stalls were also selling fresh juice and cakes made from carrots and bananas. One vendor remarked that the tourists are especially keen on these types of Seychellois delicacies.

Present at the fair was the PTA (Parent Teacher Association) of Baie Lazare primary school who had set up a stall to raise funds for their annual end of year party. The group had set up a bouncing castle and a face painting booth to entertain the children who were present.

However, since the activity was supposed to be a ‘Creole culture’ affair, some visitors expressed their disappointment over the fact that a few stalls were selling beer and soda instead of the traditional beverages that Seychellois used to indulge in.

There was also an exhibition of various local fruits and vegetables that are especially larger than the average ones we see at the market in town. The farmers who harvested these produce will then be able to sell it to the highest bidder.

The accompanying photos show some highlights of the Food Fair at Val D’Andorre. 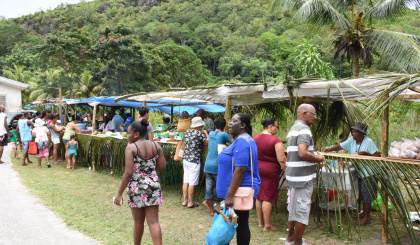 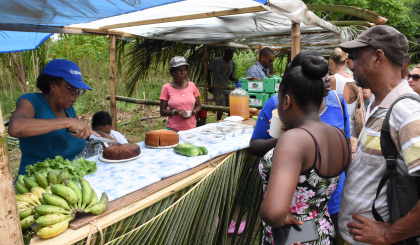 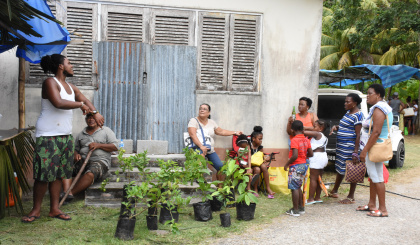