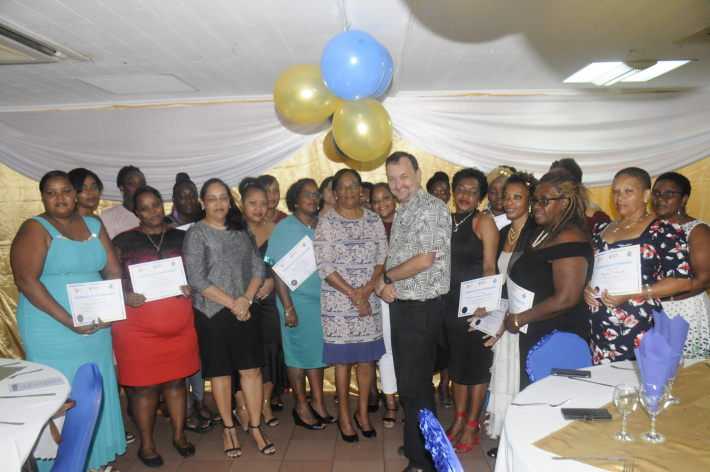 The childminders in a souvenir photograph with Minister Simeon, Capt. Savy and Mrs Choppy after they had received their certificate

A sixth group of childminders have received their certificates following an eight-week pre-registration and sensitisation training programme carried out by the Institute of Early Childhood Development (IECD) in collaboration with the ECCE sectors and partner agencies.

The certificate presentation ceremony, which took place on Friday September 27 at the Harbour Light Restaurant, was attended by the 21 childminders and their guests, the Minister for Education and Human Resource Development, Jeanne Simeon; chairman of the IECD board Captain David Savy; the chief executive of IECD, Shirley Choppy; and the chairperson of the national theme steering committee, Jude Fred, among other guests.

In her speech, Minister Simeon congratulated the childminders for having successfully completed the training.

“You have realised that this is a necessary bridge for you to cross, you have made this journey and I am sure that you are now ready to embark on the registration process which eventually will lead you to having the status of registered childminders,” she said.

The training coordinator, Marvel Simeon, gave a brief overview of the eight-week training programme and thanked the facilitators who assisted the IECD in delivering the sessions.

All sessions had theory and practical elements in equal duration which allowed the childminders to put into practice the procedures they had learned, for instance handwashing and diapering, fire safety, creating an activity chart, among others.

The minister also thanked the 14 data collectors who undertook field work in the recent Advocacy Survey on ECCE issues for 2019. She highlighted that research is a core function of the IECD mandate.

“It is important that we use research findings as evidence for policy decisions and actions as we move forward to strengthen our programmes and improve the level of service that we offer,” she expressed.

The data collectors who were also present at the ceremony received their certificate of appreciation.

“Today’s ceremony is a celebration of many aspects of IECD’s work. I take this opportunity to thank the IECD board members, management team and staff for their hard work. They are few but they work with a shared passion and strength of many. They accomplish so much that it is sometimes unbelievable that they can do so from programme planning and implementation, coordination of training and research activities, organising institution’s activities like today’s event and other social activities as well as coming up with initiative like the competition based on the national theme relevant to their sector,” she concluded.

After the presentation of certificates, the winners of the poem competition, launched by the IECD on the theme ‘Valoriz Kiltir Travay Dir Dan Pti Lanfans’ in support of the national theme 2019, were announced and presented with their prizes.

Project Officer, Michelle Adeline, gave a brief overview of the competition which was open to professionals from four sectors that is education, health, social affairs and IECD working in early childhood care and education.

The competition was judged by three well-known writers and poets – Marie Clarisse, Reuben Lespoir and Stephanie Joubert. There were seven winners in total, one from each ECCE sector and three overall national winners. Anne Gerry, a primary one teacher from the Mont Fleuri primary school was the overall winner of the competition, and she also clinched the 1st prize in the education sector.

At the national level, second and third place titles were won by Kelly Joseph and Lynn Albert respectively, both teachers from the education sector.

The evening ended on a joyful note with entertainment by the group of childminders, a solo performance by a graduating childminder, Esther Philoe, as well as a poem recital by judges Marie Clarisse, Stephanie Joubert and Reuben Lespoir.

The accompanying photos show the childminders after receiving their certificate as well as the winners in the various categories of the poem competition. 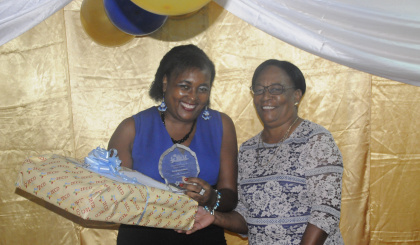 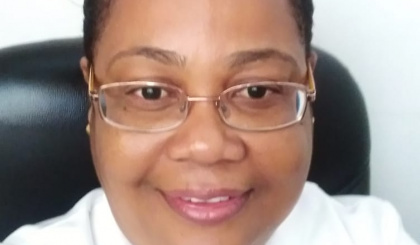 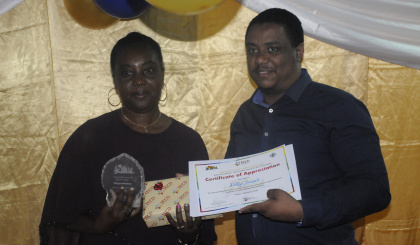 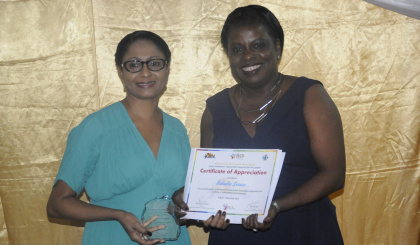 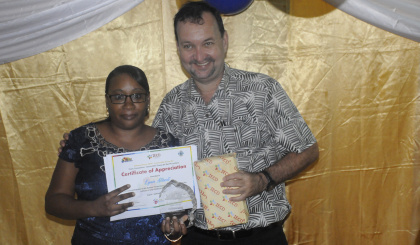 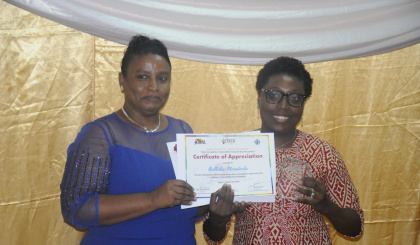