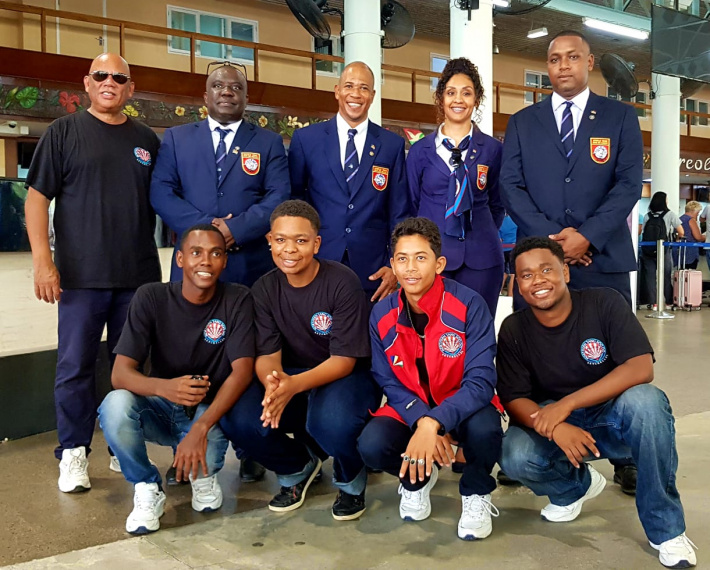 The Northern Tang Soo Do team

Team of nine head to Botswana

The Seychelles team comprise seven karatekas, one parent and Master James Faure who will head the delegation and will also act as an international judge.

If they all pass their tests, the Northern Tang Soo Do studio will have three more black belt holders joining the existing black belt team, with Che Benoiton being the youngest at 15 years old.

The other karatekas who will be competing in Gaborone are Mastura Shah-Faure (second dan), Martin Cedras (second dan) and Dean Athanase (third Gup).

All seven karatekas will compete in open Hyung, Hyung with weapons, and sparring. The event will also include dan and Gup clinics, judging seminar and test among others.

It will also be attended by World Tang Soo Do Association Grand Master Robert Beaudouin all the way from the United States of America.