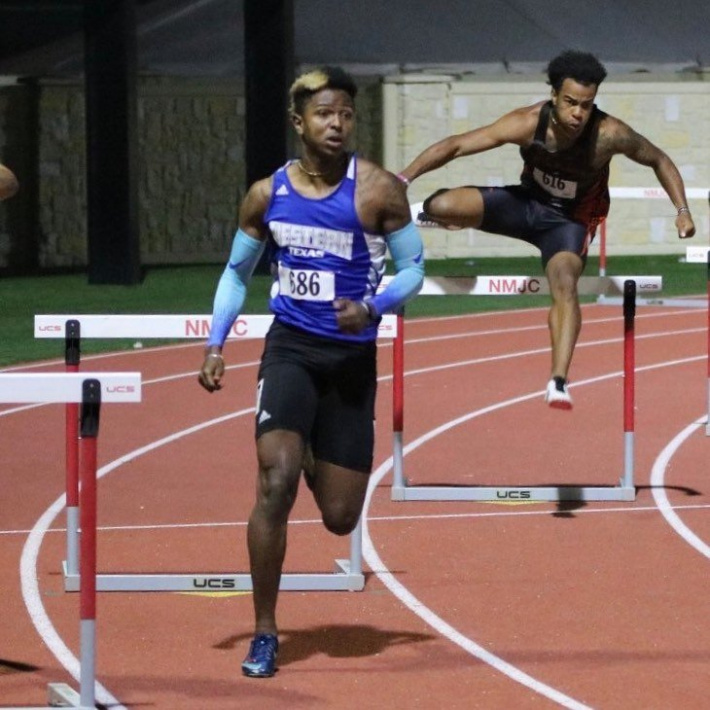 Azemia way off own Seychelles record

Ned Azemia could not come anywhere close to his 400m hurdles national record at the ongoing 2019 IAAF World Athletics Championships in Doha, Qatar.

Azemia clocked 52.58 seconds to take seventh place in the second heat won by Brazilian Alison Dos Santos in 49.60 seconds in the qualifying rounds.

Based in the United States of America, Azemia is being accompanied to the worlds by coach Lynda Jeanne.

He holds the Seychelles 400m hurdles record of 50.74 seconds which he set on August 15, 2016 during the Summer Olympics in Rio de Janeiro, Brazil. At the last Indian Ocean Island Games in Mauritius in July 2019, Azemia clocked 51.55 seconds to take the 400m hurdles gold medal.

In Monday’s final, Norway's Karsten Warholm retained his 400m hurdles title and said he felt he was "going to die" as he held off close rival, American Rai Benjamin.

The 23-year-old took the lead with 150m remaining and stayed just ahead of American Benjamin (47.66 seconds) to win in 47.42 seconds, with Qatar's Abderrahman Samba third in 48.03 seconds.

"This was a very tough race. I actually felt my heart was going to stop," Warholm told BBC Sport.

His form has been equally brilliant this season in the build-up to the championships, having recorded 46.92 to move to second on the all-time list behind the USA's Kevin Young, whose world record of 46.78 has stood for 27 years.

"This is only the beginning and I am very lucky to win," Warholm added. "It's deserved but in the future these guys will be tougher to beat. Tomorrow I have to get up and work again. That is what I love.

"Norway is a small country. For me to be showing off on the world stage, it's better than anything else."