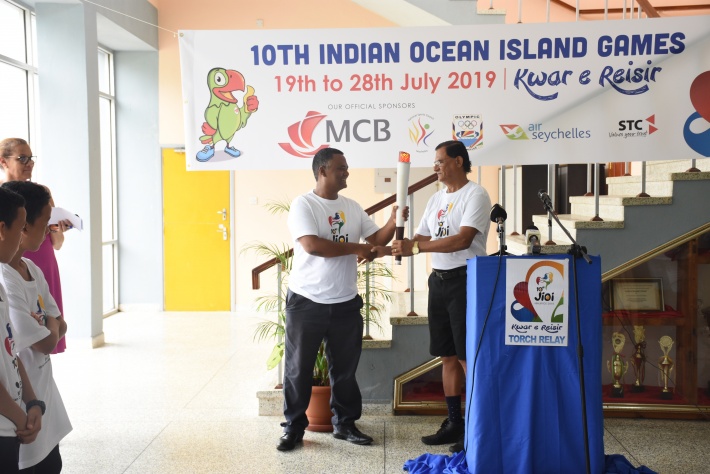 With 45 days left before the start of the 10th Indian Ocean Island Games scheduled to take place in Mauritius from July 19-28, the Games’ torch is presently in the country, taking part in the traditional relay leading to the main event.

The torch arrived in the country on Saturday night from Reunion who hosted the last Games in 2015 and will leave on Thursday.

The relay was officially launched yesterday during a special ceremony at Stad Linite where the president of Seychelles Olympic and Commonwealth Games Association (Socga) Antonio Gopal, who is also the president of the Conseil International des Jeux (Cij), handed over the torch to principal secretary for youth and sports Fabian Palmyre, who in turn handed it over to Sportswoman of the Year Alisen Camille who launched the relay.

In a brief address, Mr Gopal said it is a pleasure for Seychelles to be the first country to host the torch during the first ever relay since the inception of the Games.

He also thanked the various ministries and stakeholders who in one way or another are involved, either in the preparations, promotions or in other sort of activities leading to the 10th Games.

On behalf of the government, PS Palmyre urged all athletes to seize the opportunity of the 10th IOIG to show their abilities and he also advised them to take their training seriously so that they can perform better and make the country’s flag fly high at the event.

PS Palmyre also invited local companies and firms onboard and noted that their contributions will be a plus in our athletes’ preparations and performances.

From Seychelles, the Games’ torch will head to Mayotte, before going back to Reunion.

During yesterday’s traditional torch relay which began at Stad Linite, the torch toured the Southern part of Mahé, stopping at different schools along the way.

The relay will continue today and the IOIG torch will travel round the northern part of Mahé, before stopping in front of the Mauritius Commercial Bank (MCB) in Victoria where there will be some animations by students from the various central region schools.

The torch will leave for Praslin and La Digue tomorrow, before leaving the country on Thursday.

The following photos were taken during yesterday’s ceremony and the torch relay. 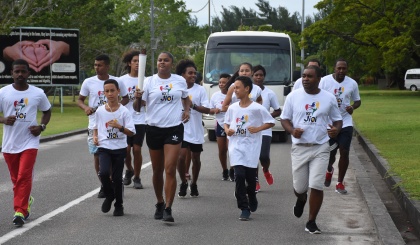 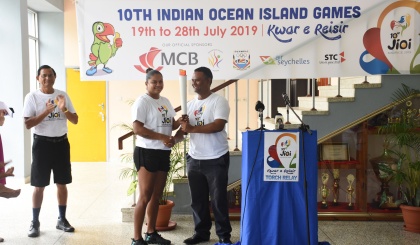 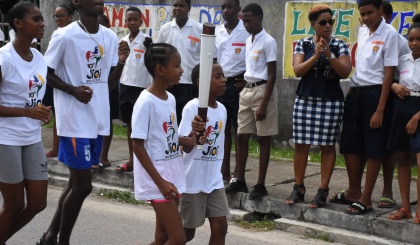