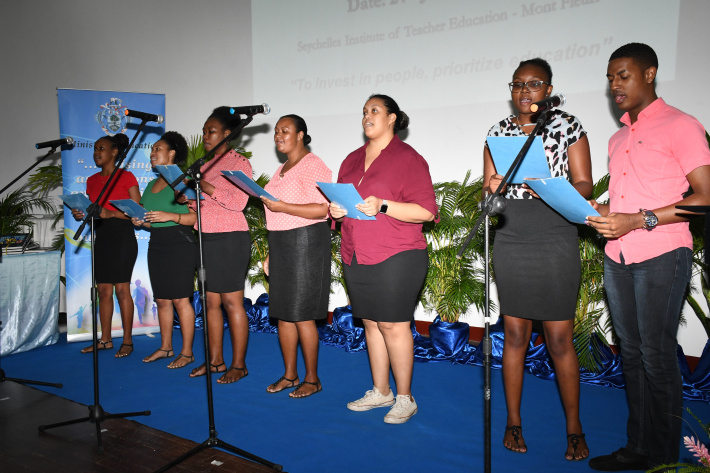 The Ministry of Education has commemorated the International Education Day for the second consecutive year, by highlighting success stories within the sector and stressed on the need to maintain these progress.

In a two-hour ceremony at the Seychelles Institute of Teacher Education (Site), Mont Fleuri, yesterday afternoon, the Minister for Education, Dr Justin Valentin, elaborated on what has happened within the ministry since he took office nearly two years ago.

This was done in the presence of other top government officials, including his counterpart, the Minister for Agriculture, Climate Change and Environment, Flavien Joubert, head teachers from both state and private schools, as well as chairpersons of all schools’ councils.

Stressing on this year’s international theme, 'To Invest in people, prioritize Education', Minister Valentin focused his address on ‘Embracing the Exigencies of the 21st Century’, which he said reflected the ministry’s commitment to transform the national education landscape in line with the local and international dynamics.

He said Seychelles takes great heed of the global challenges, and strive to adjust its local system to fit the current reality, so as to remain relevant.

Highlighting the achievements, Dr Valentin said one international institution which has been instrumental in helping the Ministry of Education was the Commonwealth of Learning (COL), an intergovernmental association based in Canada, which supports ministries of education within the Commonwealth member states in realising their major intents.

“The COL draws on a large pool of education experts and through those experts we have been assisted to reflect on our education act, our ICT policy and also on our model to train education leaders in using ICT. COL is also assisting the Ministry of Education in launching a quality Open and Distance Learning (ODL) centre,” he said.

Another achievement was the development of a policy framework, which he said was allowing the ministry to look at potential models of educations for the Seychelles.

“Our team at the ministry has conducted at least four policy meetings with different stakeholders on possible review of the education act; we have given the various institutions some levels of autonomy as we prepare eleven schools to pilot this aspect of schooling before we can fully scale up the implementation. The roles and position of school council are being reviewed in line with autonomous status,” said Minister Valentin.

He also talked about some issues, which he said had limited the education progress and these include schools’ reliance on the headquarters.

The minister stated that there needed to be a change of mindset in how the public view schools and headquarters, their relationships and responsibilities.

He further added that the call to reform is taking its toll on the institutions and a newer culture was needed to accommodate the expectations.

“The infrastructural design in schools and other institutions fits an older narrative. It will require new approach to budget planning, newer financial analysts to articulate how the annual expenditure can be impactful. Human capital in all areas of education is far from ideal. Our system of education is yet to fully develop its research capacity as a way of accompanying all these reform initiatives with data and evidence,” he stated.

Minister Valentin also highlighted the need to have a curriculum that fits today’s reality, and is relevant to the student.

He said in Seychelles’ context this would include environment, tourism, culture, and technology that have direct and immediate link to the country’s socio-economic development.

“We do subscribe to other major contemporary dialogues, namely sustainable development, inclusive education, special needs, and disability not only to match the international standards, but also as a way of framing our own curriculum processes.”

He said the ministry’s message to teachers will be to have a curriculum that reflects the reality of 21st century; to adapt and review their teaching materials; bring new ideas into their teaching and new materials that stimulate deep thinking and creativity, as well as to be mindful of technology.

Minister Valentin concluded that their task in education was a mammoth one but necessary, and their focus should shift from daily routines of dress codes and appearances, to a more “macro, philosophical and policy driven”.

Yesterday’s ceremony also included four presentations from head teachers, who shared achievements in their respective schools, namely Agniella Monthy who has spent over four years at the Baie Lazare primary, Steve Hoareau with a five-year spell at the English River secondary, Josianne Bristol who has spent ten years as director of the Seychelles Business Studies Academy and the director of the only private French school in Seychelles, Christophe Consigny.

During yesterday’s ceremony, Minister Valentin also accepted a donation of books from Chanterelle Bookstore, presented by the director general of the Institutional Support Services Division, Bernard Arnephy on behalf of the private organisation, in the absence of the owner.

The day also included poems and songs and moment of reflection. This was the fifth International Day of Education and Seychelles was commemorating the day for the second time. Initiated by Unesco, it is aimed at generating debate around how to strengthen education as a public endeavour and common good, how to steer the digital transformation, support teachers, safeguard the planet and unlock the potential in every person to contribute to collective well-being and shared home.

The accompanying photographs show highlights of the ceremony. 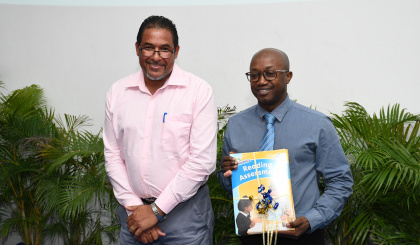 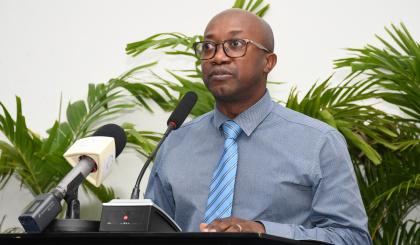 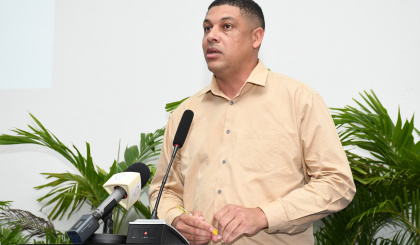 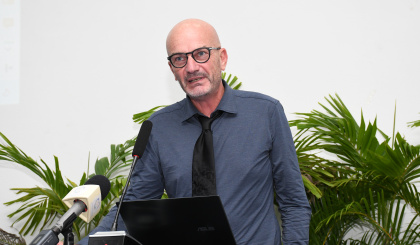 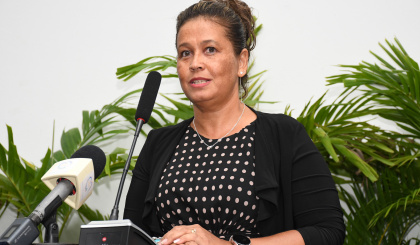 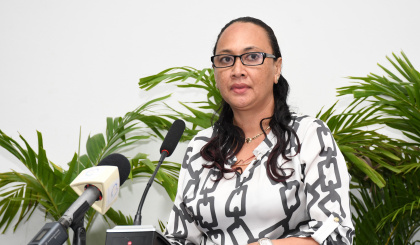 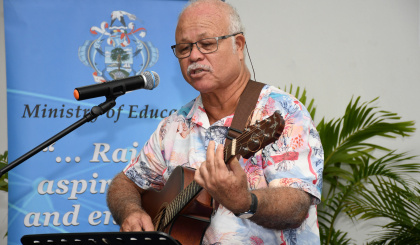