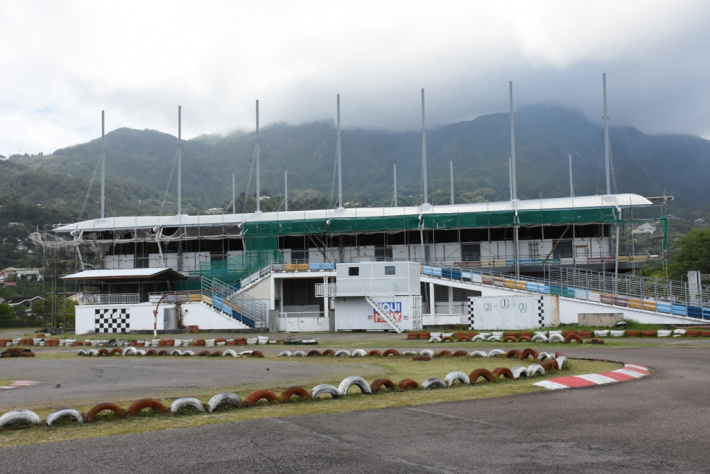 The Palais des Sports is coming together as the local authorities have hoped. It now has its new roof after workers of O-nivo Construction (PTY) Ltd finished replacing the old one.

A recognised building contractor specialising in industrial and civil building construction in Seychelles, O-nivo Construction (PTY) Ltd was awarded the tender to replace the roof of the Palais des Sports at a cost attaining upwards of nearly R3.16 million.

After the tender for the contract was completed in September 2021, construction work started in March last year and was due to complete in 14 weeks.

The restoration also included electrical work to replace existing lights, and placement of steel bracings for the provision of additional support to wooden columns damaged by leaks and inflows of water during rainy weather. The renewal was meant to stop leakages which have rendered the Palais des Sports unusable when it rained.

Sports NATION has learned that although the reroofing work has been completed, the authorities are checking for any possible leakage.

Sports federations and associations who use the venue have been told that they can train there, but no competitions should be organised for now.

New lights which have already been bought overseas are expected to be shipped in next month, while the authorities are in the process of procuring the sound system separately.

Sports NATION has also learned that the authorities are looking at procuring anti-vandal toilets to replace the broken ones.

The Palais des Sports was first inaugurated in 1993, just in time for the Fourth Indian Ocean Games organised in Seychelles for the very first time. It has a capacity to hold between 1,500 and 2,000 people and was intentionally designed with open spaces all around to cater for the warm temperature of the islands. It underwent considerable renovation work in 2011 ahead of the country hosting the Eighth Indian Ocean Islands Games.