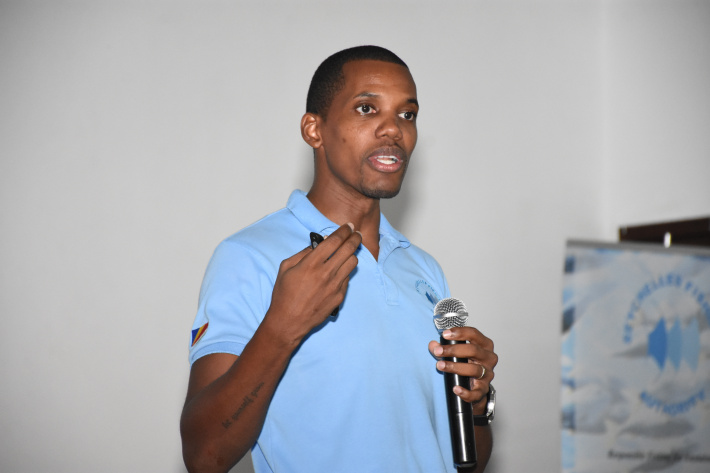 Representatives of the media houses during the networking session with SFA (Photos: Joena Meme)

The Seychelles Fishing Authority has said its management team now better understand the work and requirements of the local media.

It followed a three-hour networking session on Thursday at the Seychelles Defence Academy auditorium at Persévérance 1 organised by the authority, which was attended by five local media companies, namely Seychelles NATION, TéléSesel, Seychelles Broadcasting Corporation, Seychelles News Agency and Today In Seychelles.

A dozen journalists and marketing representatives were given an overview of the Seychelles Fishing Authority’s (SFA) mandate and the roles and functions of all its nine departments, including fisheries research, fisheries management, monitoring control and surveillance, statistics and fisheries economics, aquaculture, and product development and quality assurance, among others.

They also highlighted the key focus and projects for 2023, including ongoing ones such as the lobster and spanner crab samplings, demersal fish sampling, semi-industrial fish sampling as well as sea-cucumber study.

The SFA also outlined its future plans for the year including updating fisheries legislation and designing a web fisheries management system to provide the public access to fisheries-related data, collected from its various studies.

When welcoming the media personnel, SFA’s deputy chief executive Ashik Hassan said the organisation wanted a “transparent and pro-active engagement with the media, so that you could help us bring our work to the public”.

He stated that because of the limited resources, SFA saw the media as a key partner to help get their messages and work across.

Mr Hassan added that although SFA is presently engaged with all the media houses, the networking session was to have this open dialogue, learn from each other, and ensure information relayed to the public was done in a “structured manner”.

Although the media houses present agreed they have a good working relationship with the authority, they still pointed out some areas were this could be improved. Issues raised were newsworthiness of an event, respecting requests for exclusive interviews, as well as the importance of respecting deadlines.

The media also pointed out how SFA could make use of various platforms, to get their messages across instead of relying solely on newsrooms.

Following the session, Mr Hassan said the SFA appreciated the exchanges and it had learned a lot.

"We are grateful for the participation of the media houses in our networking session. It was an appropriate exercise in which our management team now better understand the workflow and requirements of the media. We appreciate the honest exchanges from the sessions that will surely benefit members of the media and the SFA,” noted Mr Hassan.

This was the first such session organised by the SFA with the media. 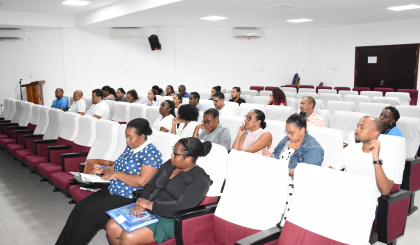