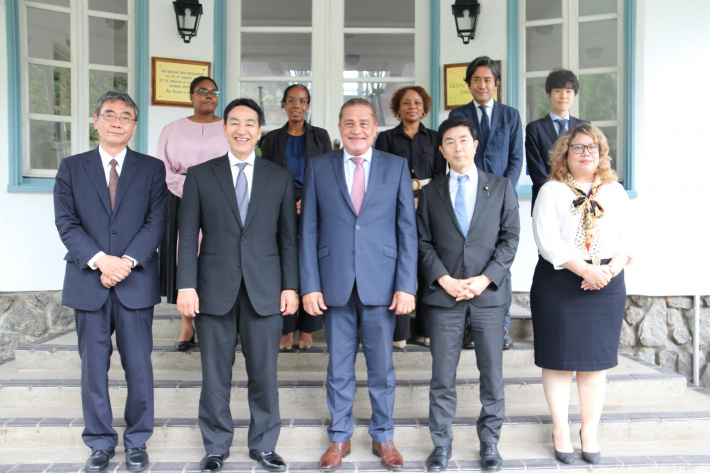 A Japanese parliamentary delegation headed by Makihara Hideki and Yamagiwa Daishiro paid a courtesy call on the Minister for Foreign Affairs and Tourism, Sylvestre Radegonde, on Tuesday at Maison Quéau de Quinssy.

Discussions also touched on Seychelles' participation at the Tokyo International Conference on African Development (Ticad), which is held every three years.

“We appreciate President Ramkalawan’s attendance at Ticad8, and we look forward to seeing Seychelles’ participation at Ticad9 in Tokyo,” stated the Japanese delegation heads.

In addition, they sought Seychelles’ contribution to assist in the process of redefining Ticad’s new operating approaches.

This year marks Ticad’s 30th anniversary, and to commemorate the event, Japan intends to showcase Ticad’s accomplishments through a symposium.

Other topics, such as the impact of the Covid-19 pandemic on Seychelles’ economy, current affairs of mutual interest in the international arena, and the tourism sector were also discussed. Both parties acknowledged Japan as a promising tourism market, noting that the Tourism Expo in Osaka in 2025 will be a great opportunity to market Seychelles.

The Japanese delegation was accompanied by the chargé d’affaires e.p. of the embassy of Japan in Seychelles, Ambassador Kato Eiji.

Also present at the meeting were Ambassador Vivianne Fock Tave, principal secretary for Foreign Affairs, and senior officials of the Foreign Affairs department.