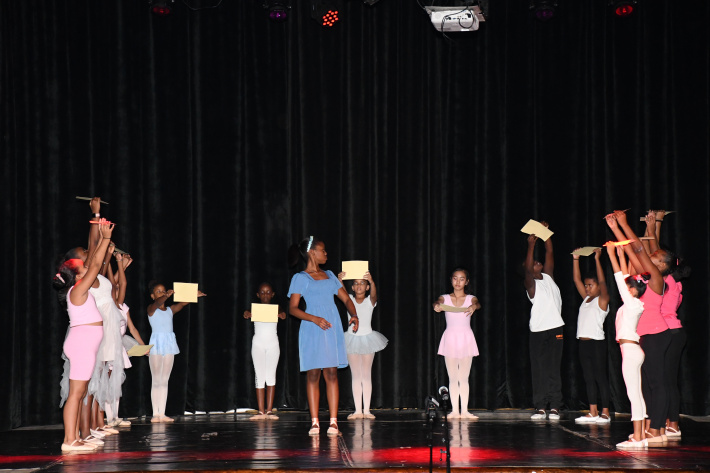 Family members, friends, invited guests and members of the public were on Saturday afternoon able to enjoy a classical dance performance by some 40 students from the School of Dance who underwent a week training session by renowned British dancer Shevelle Dynott.

The 45-minute dance performance was held at the National Theatre, Mont Fleuri, where the students, mostly girls, showcased the different types of contemporary ballet dance moves learned through performing ‘Alice in Wonderland’, a classical theatrical piece of music and dance which was mixed with a fusion of our local ‘moutya’ vibes. The students had learned the different moves of the theatrical piece from Monday to Friday last week.

Alice in Wonderland is a classic children’s story book by English author Lewis Carroll on the adventures of Alice who falls down a rabbit hole and lands into a fantasy world that is full of weird, wonderful people and animals. It is about the unprejudiced and innocent way young children approach the world while growing up.

After the show, Mr Dynott said he was very happy and impressed with the performance by the students given he had two different groups (younger and older group) in a very short period of time.

“I had more students this time and the same amount of time like last year and I think the students did so well. Alice in Wonderland is all about imagination and I believe that children have that in abundance and they all did such a good job,” Mr Dynott said.

He added he was so glad that he along with the students have been able to put on the show within five days given that he had worked with companies abroad where he took two months to put on a show.

He praised the students for being hard working, disciplined and good listeners and he noted that he will be preparing a new programme for the students next year.

All of the students who participated in the training workshop were presented with their certificates. Adriano Ulcoq and Melissa Henri said that the five days’ training had been very successful and educational and they learned some new dance techniques in ballet, a stage level in the contemporary dance which they hadn’t reached yet.

They added that they were not expecting the show to turn out so successful also given that the two groups in training did not see or knew what each other were doing.

“I don’t know how it happened but the merger between the two groups went very well and the show turned out to be a very nice performance,” said Melissa.

Mr Dynott’s journey here received the assistance of the British high commission (BHC) and in a closing remark, HC Patrick Lynch said that the BHC is proud to have assisted him so to inspire the next generation of dancers not just in the UK but here as well.

“We also noted that this is a key demonstration of how the British high commission works in all of our projects in Seychelles because it’s all about our shared values and everything we do is in partnership,” said HC Lynch, who noted that the BHC is not only about teaching but also learning from the local expertise.

He added that he expected Mr Dynott to pass some local dance moves learned here to the British ballet dancers which will eventually perhaps make its way to the discos and elsewhere.

The head of the school of dance, Daniella Rose, said that the school is happy to have been exposed to such a very skillful dancer and experienced choreographer and they are looking forward for his arrival next year (2024) to teach another group of students.

Mr Dynott first came to the country in 2022 where he taught a small group of dance students on La Digue. He is remembered as the first black child to attend the Royal Ballet School in 1997 and one of the first children to complete the 'Chance to Dance' training and be accepted on the Royal Ballet School's Junior Associates programme in the United Kingdom, has appeared in numerous productions for the English National Ballet, including Alice in Wonderland as the Mock Turtle, Puss in Boots, The Nutcracker as the Mouse King and The Sleeping Beauty.

The accompanying photographs show some highlights of the show. 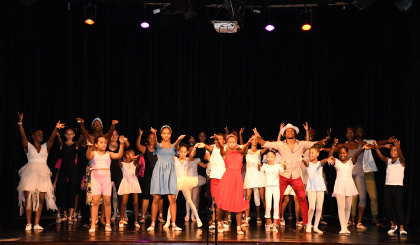 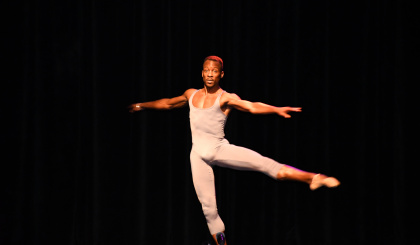 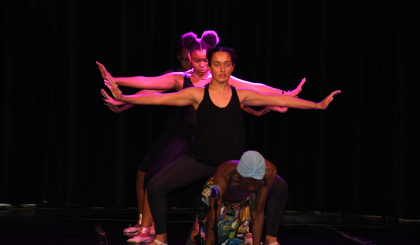 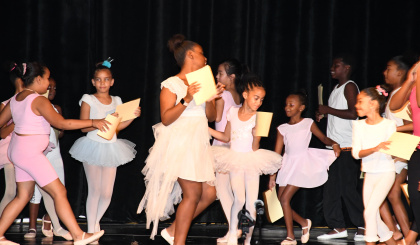