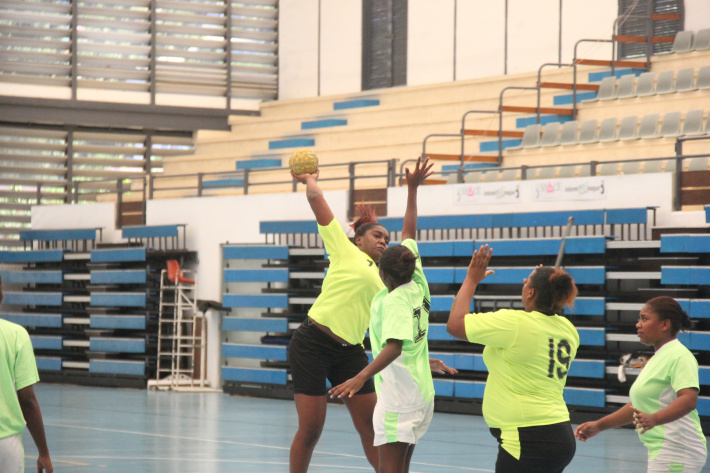 Early into the new year, the Seychelles Handball Federation is already gearing up for the 11th Indian Ocean Islands Games scheduled to take place in Madagascar later during the year, calling up the country’s men and women’s pre-selections for training which will begin next week.

The men’s selection will train under the guidance of head coach Tony Hortere and assistant Freddy Annette, while Danny Philoé with the assistance of Williana Dubois will take charge of the women’s selection.

Speaking to Sport NATION, chairman of the Seychelles Handball Federation (SHF) Norbert Dogley said even if they are starting the preparation early during the year, they are already late in terms of preparations, since the Games are only six months away.

He explained that without competition for the past two years due to restrictions in movement as a result of the Covid-19 pandemic, as well as renovation work on the Palais des Sports which is the main handball venue, it is crucial that they set the ball rolling as soon as possible since the players have been inactive.

Mr Dogley further noted that since it is already late, they will work intensely during the first few weeks so that by March, the cut-down selections could go through more technical and specialised training programmes in preparation for the Games.

He said they have received the green light from the principal secretary for youth and sports Ralph Jean-Louis to use the Palais des Sports for training purposes only, and not for competition since renovation works are still ongoing.

All the pre-selected players should report to the Palais des Sports on Tuesday January 10 at 4.15pm with their training vests.

This year’s Indian Ocean Islands Games (IOIG) will be Seychelles’ second handball experience after the 9th Games in 2015 in Reunion where the host country won both the men’s and women’s titles, beating Mayotte in the finals.

The country’s men’s team missed the final after losing 25-28 to Mayotte in the semifinal and then fell to Madagascar in the third place playoff match to finish fourth. Reunion beat Mayotte 26-21 in the final to win the gold medal, while Mayotte settled for silver and Madagascar was awarded the bronze medal.

Handball did not feature on the 10th Games’ calendar in 2019 in Mauritius.

It is to note that the Maldives were the initial hosts of the 11th Games, but they withdrew from hosting in January 2021 and were replaced by Madagascar.

The Games were created by the International Olympic Committee (IOC) in 1977 and currently gather the island nations and territories of Mauritius, Seychelles, Comoros, Madagascar, Mayotte, Réunion and the Maldives.

After this match Mauritius refused to play and the tournament was not held again.

In 1974, the Regional Olympic Committee of Réunion decided to organise a multi-sport competition in the Indian Ocean.

This was adopted by the International Olympic Committee in 1976.

The objectives of the games are to contribute to regional cooperation through the development of sport in the region; build friendship and mutual understanding between the peoples of the islands of the Indian Ocean, in the spirit of Olympism; allow athletes to have, every four years, a competition whose interest and level are commensurate with the real sport of the region; and create a regional event whose repercussions will ensure the development of infrastructure of countries in the area. 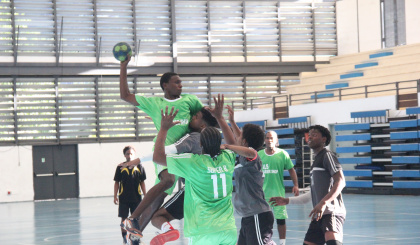