Not winning a medal should serve as motivation, encouraging athletes to work harder, thus improving their performances at future events to achieve better results, President Wavel Ramkalawan has said.

In total, Seychelles won 45 medals – 12 gold, 12 silver and 21 bronze at these Games to be ranked third behind Reunion and hosts Mauritius on the medals’ table.

As a sign of encouragement, the young medallists have each been given a token of appreciation in monetary form.

President Ramkalawan said restoration and maintenance work on the various local sports facilities will, as from next year, be a priority of government’s investments.

He urged the young athletes to stay connected to their sports and to persist, especially in hard times.

President Ramkalawan also thanked the parents for their support in allowing their children to attend training prior to the Games, as well as the coaches for their hard work and patience in working with the young athletes, especially at one of the most difficult points of their lives.

On her part, Minister for Youth, Sports and Family Marie-Celine Zialor, who is also the president of the CJSIO, commended the young athletes for the level of discipline maintained during the Games, and also for their good performances despite the limited preparation time due to the Covid-19 pandemic.

Minister Zialor, however, noted that having had adequate mental preparation, Team Seychelles would have achieved better results, while the good performance highlights our strong points as Seychellois which is ‘mind over matter’.

She said the government will continue to invest in the development of young local athletes through its various grassroots as well as sports detection and development programmes.

The highlight of yesterday’s ceremony was the handing over of the Games’ flag to President Ramkalawan by principal secretary for youth and sports Ralph Jean-Louis since Seychelles will be hosting the 13th Games in 2025.

The gold medallists with Minister Zialor 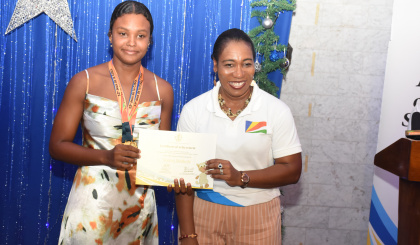 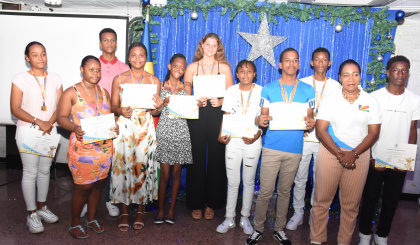 The gold medallists with Minister Zialor 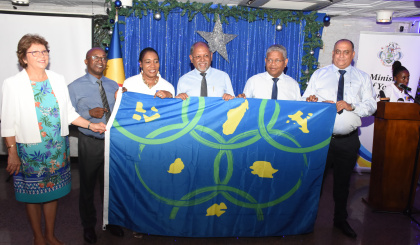