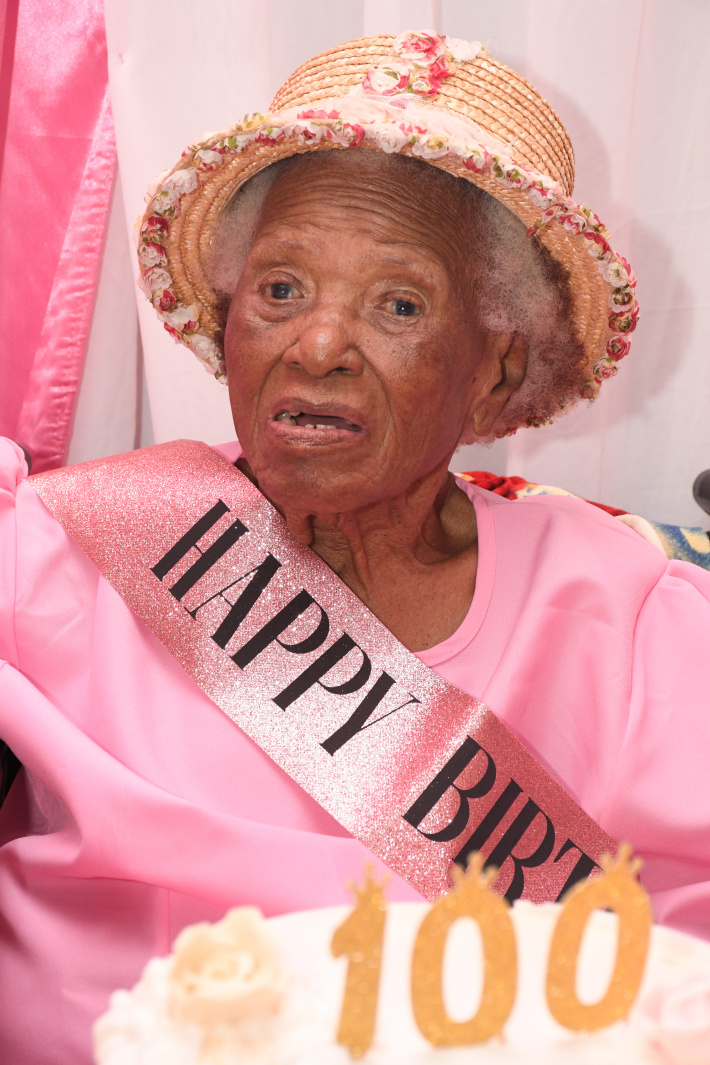 Noemi Payet, a resident of Port Glaud, celebrated her 100th birthday on Saturday to become the newest centenarian in the country.

She celebrated her birthday in a small gathering held at the residence of one of her nieces, Ketsia Rachel, at Les Cannelles, Anse Royale, in the company of other family members, friends and invited guests. She was born on December 17, 1922.

Apart from receiving gifts from family members, she was also presented with a gift hamper from the President of the Republic, Wavel Ramkalawan, presented on his behalf by the Port Glaud district administrator, Clarence Confiance; flowers and gift hampers on behalf of the Port Glaud district and the Ministry of Local Government, presented on their behalf by the member of the National Assembly for Port Glaud, Egbert Aglae, and a gift hamper from the district’s senior citizens.

Mrs Payet, born Gill, comes from a family of fourteen children – six males and eight females –and she is the only one still alive, according to relatives present. The latest to die was one of her brothers, who passed away on November 26, 2022.

Mrs Payet got married to Maurice Payet, who has also passed away. The couple had no biological children but they lived with their five adopted daughters, among whom one is currently living in Italy.

One of her adopted daughters, 49-year-old Miranda Louise, said that apart from losing her vision and that she cannot move about without the use of a wheel chair, her mother is in good health with no diabetic or hypertension symptoms and she can hear and can hold small conversations.

She said she remembered her working as a domestic worker and also as a laundry worker in hotel establishments, especially at the former Mahé Beach where she worked for many years. She said that her mother was very devoted to her adopted children and taught them good life values.

The birthday ceremony kicked off with a spiritual blessing by Father Colin Underwood, from the St Joseph Church, Anse Royale, who thanked God for keeping his eyes on Mrs Payet for many years and to continue to protect her in the years to come.

She was also honoured by poets Tony ‘Raspyek’ Joubert and Stephanie Joubert who recited a poem each to commemorate the occasion.

Mrs Payet, who managed to say a few words to the press, said that she was very happy to have reached a 100 years and she was very proud also to have been able to care and to guide her five adopted daughters on the good path of life.

She thanked Father Underwood for sending God’s blessing upon her.

The centenarian had been living in Port Glaud for all these years before coming to reside at her niece’s residence al Les Cannelles since the past two months due to a little illness. 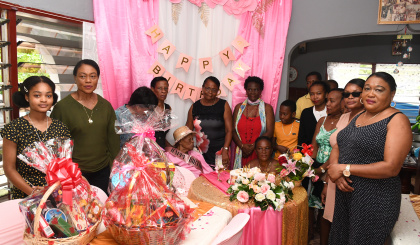 The centenarian surrounded by relatives 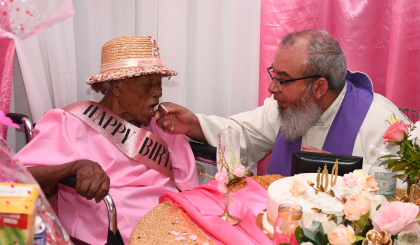