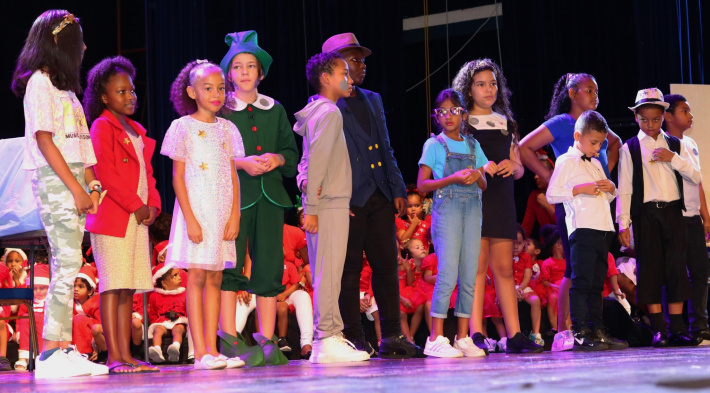 Music and laughter resonated throughout the International Conference Centre recently as pupils of Trotters Stop Pre & Primary School showcased their talents through the annual Christmas show.

Parents and friends were treated to the performance of the musical ‘You Are Special’, which tells the tale of the Wemmicks, who give each other stickers – stars for the gifted and beautiful, and dots to mark every kind of flaw and imperfection.

Based on the best-selling book by Christian author Max Lucado, it tells the story of the wooden Wemmick, Punchinello, who believes that he isn't good enough because of what others say about him.

The school’s head teacher, Poonam Verma, said the lovely tale ‘You Are Special’ serves as a reminder that kids are priceless just the way they are.

“Everyone enjoyed watching it because it was such a terrific motivating narrative.

When it comes to conveying to kids a message of love, kindness, respect, and acceptance of who they are, it doesn't get any better,” she said.

It was the head teacher herself who had welcomed parents, families and friends to the two-hour show, put together entirely by the school, and she thanked the teachers and the students for their dedication, hard work and patience.

“This year it was different, with more actors, more dedication, more involvement of the children while I was physically away from the school for almost five weeks. But I was following the rehearsal online and whatever I desired to be modified, was actually done by the teachers. So, we were on the same frequency despite me being thousands of kilometres away from them and this was a wonderful feeling,” said Mrs Verma.

Before a packed auditorium, the students also performed Christmas songs and danced to a wide range of beats from the international pop and hip-hop to the more local ‘sega’ and ‘moutya’, dressed in their traditional attire, much to the audience’s delight.

The more avid football players showcased their talents with the ball, while the fitness enthusiasts put on an aerobic performance.

The show culminated with a performance by the teachers, who also took to the stage, cheered on by their students.

The school’s Christmas show was attended by the Minister for Education, Dr Justin Valentin, who thanked the school for inviting him and treating him to a delightful performance.

“I have noticed the level of energy the students have brought to the stage and you have all been excellent this morning. This is the first time I have watched a show at 9am, you made me come alive and again you have been wonderful, and you have done so well. Thank you to the teachers and well done,” he said.

Trotters Stop Pre & Primary School has set its next rendez-vous for the same time next year as it wishes parents, PTA members and students a happy holiday.

The accompanying photographs show some highlights of the show. 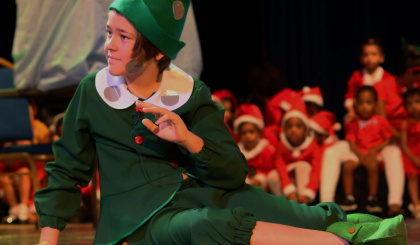 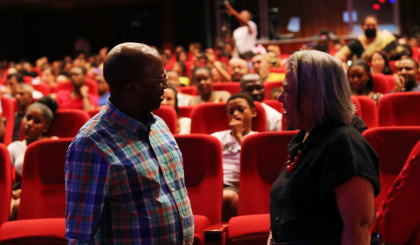 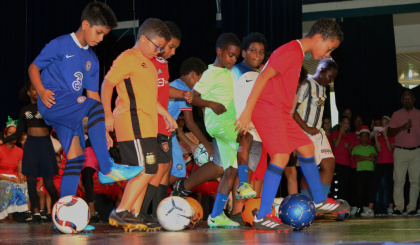 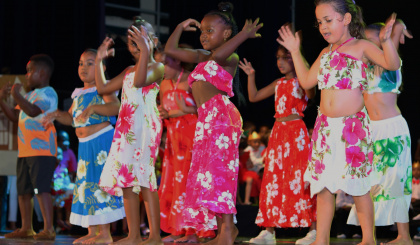 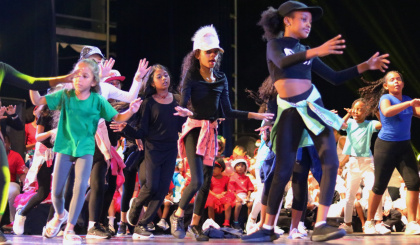