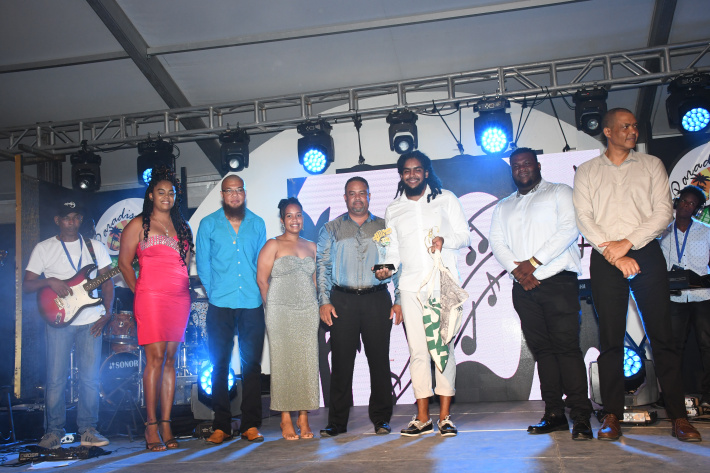 Held on Wednesday evening at the Berjaya Beau Vallon Bay resort, the fourth edition of the show, hosted by Paradise FM’s own Oriji (Collin Aglae) and Emz (Emma Laporte), was indeed a star-studded night, filled with performances and surprises across the eleven categories of awards.

Champion, who unfortunately was not present at the event, won three awards in total, while Juliah and Daniel both took home two each.

Competition was extremely tight for the Most Requested Male Artist category, but Champion took the top spot, among other nominees including Jahkim, Cus Mun, Jean-Marc Volcy, Daniel, ALX, Gatto and JDA. The award applies to either a single or album submitted to the Seychelles Broadcasting Corporation (SBC) between October 2021 to September 2022.

Champion also took home the Public Appreciation Award, with Mon Lazwa which spent a total of seventeen weeks on the chart. Songs in this category have had the longest stretch on the charts, although not having reached number one. Other songs nominated in the category were Nepli la and Ale si ou le by ALX, Zistans by Daniel, Large by JDA, Ou'n detri li by SS Gang and Rezon (On and Off) by Jahkim.

All five nominees, including Champion took home an award in the category for Male Artist with the Most Chart Entries, namely, Cus Mun, Daniel, Jahkim and ALX. All five had three songs on the chart, Cus Mun with Lemonn i anflanm, ‘Wonder’ and Lenerzi Mazikal. Daniel’s three, Zistans, Lakle and Drive have also been hugely popular, while Jahkim's three songs were Anbalao, Proverb and Rezon. ALX also grabbed an award for his three songs.

As was expected by most, Daniel clinched the Tune of the Year Award, after Drive spent nine weeks at number one spot on the chart. His most recent hit tune Lakle was also nominated in the same category.

In accepting the award, he expressed gratitude to a number of people behind the scenes who have contributed towards his success both last year and this year, including fellow artist Auspitious, producers Mugga and Giorgio Bello, and his manager James Dupres, among others. Drive was up against Ou Mari by Niklus featuring Vurna, Juliah’s Pa sa enn, Dan ou Lebra by Champion, Lemonn i anflanm by Cus Mun featuring Travis and Ouki Mon Anvi by TX Real, Serena and Telemaquino. Among the most exciting prizes for this category was a ticket to Dubai.

Based on the success of her 1122 album, it was no surprise that Juliah would be among the big winners on the night. She took the award for Most Requested Female Artist, in a category where competition was just as intense, as the other nominees were Lauren and Farhine.

Juliah also won the award as the Female Artist with the Most Chart Entries. The ‘badgyal’ even beat her male counterparts who each had three songs on the chart, surpassing them, with six of the twelve songs from the album making it to the charts, including Pa sa enn, Rwayonm Jah Jah and Parey i sipoze. She was in fact the only female artist nominated in the category.

The Best Newcomer award went to Farhine, amid a number of nominees including TSZ, Steven and Kulis.

For the second consecutive year, SS Gang won the Best Group Award. There were only two nominees in the category, the other being Swaggtunes, leading Oriji to call out to other duos and groups to submit their work to SBC and stand the chance of being nominated.

The Hot Tune Award which goes to a song popular among fans but which was a late entrant on the charts went to Molo, with his sega hit, Pti fiy madanm Roz. Also nominated was TikTok by Simplify featuring JPD, Excellent and Jazzla.

Of the eight producers nominated in the Most Valuable Producer (MVP) category, Giorgio Bello won the award. Giorgio Bello, who was also not present at the show, is behind three hits which was hugely popular on the 2022 charts. Other nominees included Mugga, Da Real Thing, Xtra Big, Eddy Telemaque, Ruben, Lxtus and Ion Kid.

As is now customary, a veteran who has contributed significantly towards the local music and entertainment industry was also recognised on the night. John Wirtz was honoured as The Hall of Fame awardee. Mr Wirtz is now 73, and is behind numerous hit songs such as Regard sa zetwal, Bal dan Penpen and Bonnane, among others. An emotional Wirtz thanked his family for having supported him throughout the years as a musician.

Throughout the evening, there were various performances by those artists who have brought the fans their most-loved tracks of the year, including TSZ, Steven, KD, Kulis, Swaggtunes, Molo, Cus Mun, Juliah and Daniel. The SBC Paradise FM team also paid tribute to departed musician Peter Jules, along with his musician son Nabby Jules, performing one of his songs.

Our photos show some of the award winners receiving their awards as well as some performances on the night. 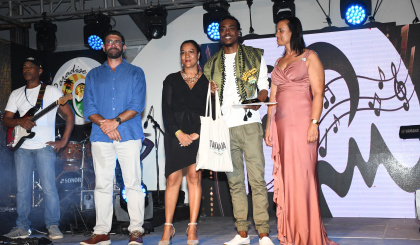 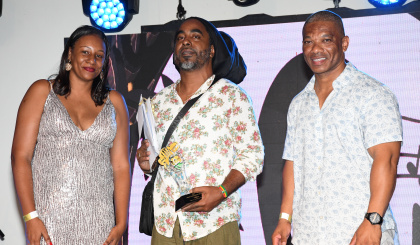 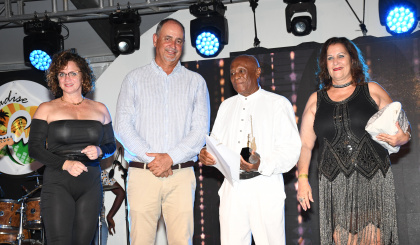 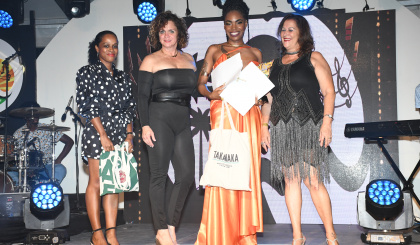 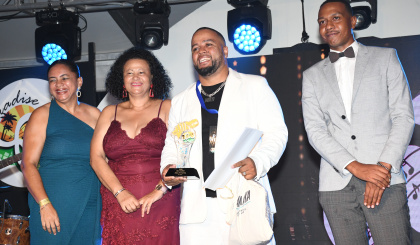