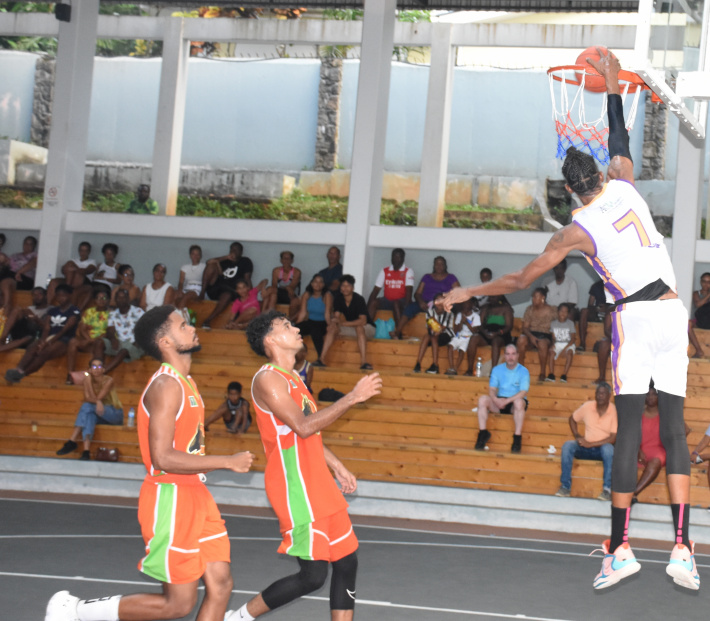 Men’s division one league champions Beau Vallon Heat and runners-up PLS Hawks have had the perfect start to their Land Marine Cup campaign with wins in their opening group matches, while women’s champions B Challenge have also debuted the competition on a high note with victory in their opening match.

As for men’s division two league champions Anse Etoile, they are out of the competition after being dumped by MBU Boys in their group match.

Drawn in group A alongside Mont Fleuri Dawgz, PLS Hawks and Baya, Heat won their first match against Dawgz 92-65, while Hawks defeated Baya 87-77.

As for B Challenge, they have been drawn in group A against Anse Boileau-based HotShots, winning their group match 40-37.

Anse Etoile, on the other hand, were drawn in group D against MBU Boys, losing 59-69 to exit the competition.

Against Mont Fleuri Dawgz, league champions Heat were he more dominant side from the beginning, winning the first quarter 22-17, before clinching the second to lead 40-29 at half-time.

Heat maintained their dominance in the third quarter, which again they won 24-12, extending their lead 64-41 at the end of the third period of the match.

In the fourth and final quarter, Heat scored 28 more points, while Dawgz added 24 more to their tally, as the former won the match 92-65.

Timmy Adam led the scoring for Heat with 31 points, while captain Taino Ah-kong finished as Dawgz’ top scorer with 16 points.

Baya, however, managed to step up their game in the third quarter which they narrowly lost 20-19, before winning the fourth and final quarter 24-21.

Hawks though managed to hold on to their advantage, boosted by Baya’s loads of mistakes, to win the match 87-77.

Graham Alcindor was Hawks’ top scorer with 22 points, while Okafor Ebuka led the scoring for Baya with 21 points.

In their second group match tomorrow, Baya will play Beau Vallon Heat, while Hawks will clash against Mont Fleuri Dawgz.

In the men’s division two competition, league champions Anse Etoile failed to realise a double this season after losing 59-69 to MBU Boys.

Underestimating their opponents, most of Anse Etoile’s regulars, including top scorer Nigel Cafrine, and Brendon Belmont did not turn up for the match, forcing coach Kenneth Domingue to dress up and sit on the bench.

Despite missing key players, Anse Etoile dominated the first quarter, winning it 27-10, giving the impression that it would be an easy victory and progression to the semifinal.

However, MBU Boys adjusted their game in the second quarter, shocking Anse Etoile 15-13, cutting their lead to 40-25 at half-time.

It was in the third quarter that MBU Boys completely turned the match around, beating Anse Etoile 23-11, before winning the fourth and last quarter 21-8 and the match 69-59.

Malagasy Barijaona was MBU Boys’ top scorer with 20 points, while with 15 points Christian Bau led the scoring for Anse Etoile.

In the women’s competition, B Challenge made it to the semifinal after their 40-37 win over HotShots.

It was in the third quarter that B Challenge switched the direction of the match, winning 12-9, before winning the fourth and final one 16-11 for a 40-37 victory.

Guyra Boniface scored 23 points to lead the scoring for B Challenge, while Sheriffa Agathine scored 14 points to finish as HotShots’ top scorer.

In the other group today, Anse Etoile Stars will play against Mont Fleuri. 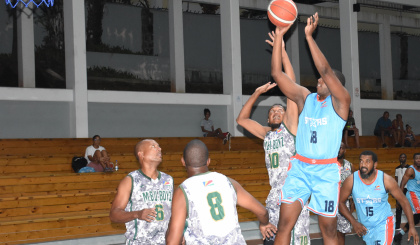 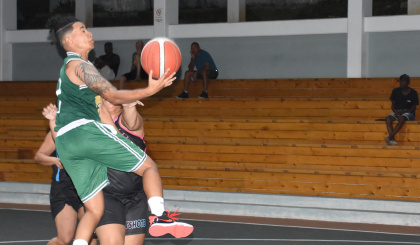 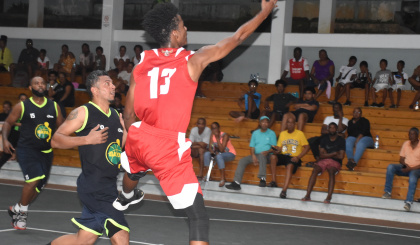