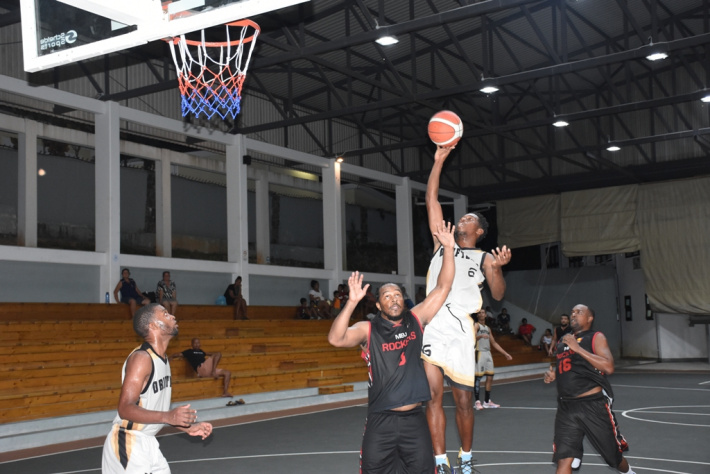 AB Boys, Drifters cruise through to the semis

Anse Boileau-based sides AB Boys and Drifters have qualified for the semifinals of the Land Marine Cup in the men’s divisions two and one respectively, after registering victories in their group matches during the week.

In their first group B match, Rockers lost 52-88 to Cobras; therefore the loss against Drifters eliminated their chance of making it to the semifinal.

The other group – A – in the men’s division one is made up of league champions Beau Vallon Heat, Mont Fleuri Dawgz, PLS Hawks and Baya.

All four will be in action today at Victoria Gymnasium where Heat will face Mont Fleuri Dawgz, while PLS Hawks will play against Baya.

Against PLS Suns, AB Boys were clearly the stronger side, winning the first quarter 20-6.

Much comfortable in their game, AB Boys let down their guard in the second quarter, allowing PLS Suns to score 18 points, while scoring 15, concluding the first half 35-24 in favour of the Anse Boileau side.

In the third quarter, AB Boys scored 17 more points; while PLS Suns added another seven, leading 52-31 at the end of the period.

PLS Suns were still in search of a victory and a semifinal spot in the fourth and final quarter, outscoring AB boys 10-6, but the latter managed to hold on to their lead to win the match 58-41 and book a semifinal spot.

In the men’s division one match, both teams started slowly, trying to impose their game.

It was Drifters who had the upper hand, leading 18-15 at the end of the first quarter.

The match then became a one-sided affair as Drifters took full control over Rockers, outscoring them 27-13 in the second quarter to lead 45-28 at half-time.

The Anse Boileau side again took control of the match in the third quarter, scoring 25 more points, compared to only nine for Rockers, extending their lead to 70-37 at the end.

Drifters chipped in 15 more points in the final quarter of the match, while Rockers added ten more to end the match 85-47. 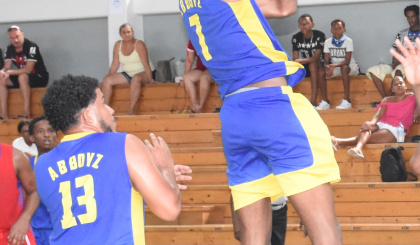