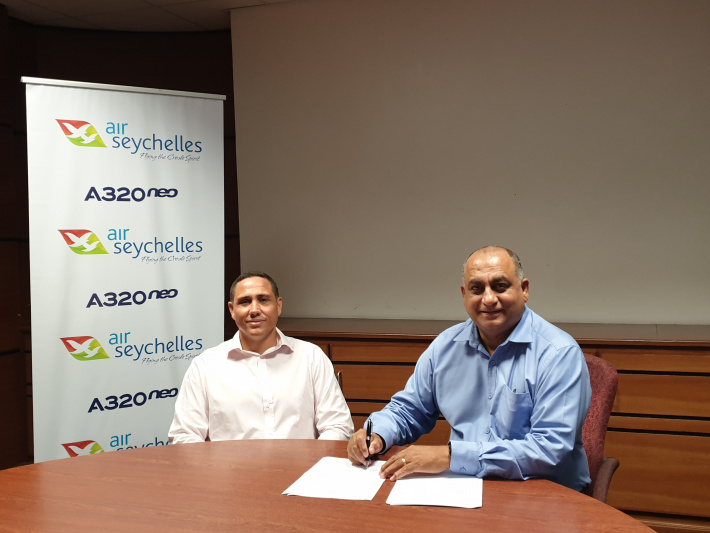 The signing of agreement between PS Jean-Louis and CEO Benoiton

This agreement was inked in a short ceremony at the Air Seychelles headquarters, Pointe Larue between the principal secretary for youth and sports Ralph Jean-Louis, and Air Seychelles’ chief executive Sandy Benoiton.

Set to kick off on December 4, the youth exchange and sports competition will see Seychelles go up against the six other CJSOI member states namely Comoros, Djibouti, Madagascar, Mauritius, Mayotte and Réunion in disciplines including athletics, beach handball, boxing, futsal, weightlifting, swimming, petanque, tennis, table tennis and sailing. New to the games chart is ‘e-sports’ where participants will compete in an online Fifa match on a PlayStation. Sports aside, young people will also participate in youth dialogues, a fair for young entrepreneurs and cultural performances.

The competition will run until December 11 after which Air Seychelles will bring the team back home on a charter flight scheduled to operate from Mauritius to Seychelles on December 14.

Also onboard this flight back home will be the CJSOI flag which will be handed over during the closing ceremony to Seychelles as the next host country.

To recall, a send-off ceremony was held on Tuesday November 22 for Team Seychelles at the International Conference Centre (ICCS) in Victoria where Minister Zialor called for discipline by athletes and accompanying officials, the importance of family support as well as bringing the medal home, especially the gold. 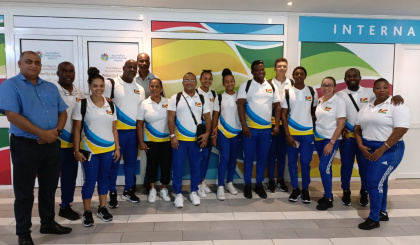