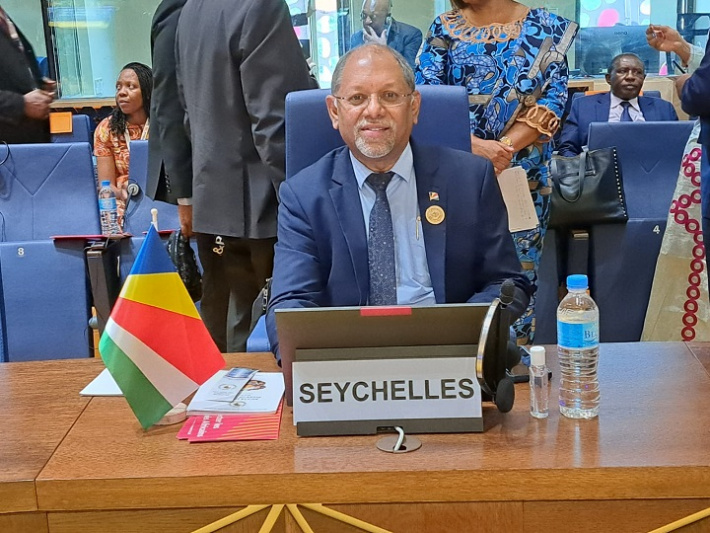 Vice-President Afif at the Summit

The theme of the Summit was “Industrialising Africa: Renewed Commitments towards an Inclusive and Sustainable Industrialisation and Economic Diversification”. The Summit considered the report of the joint meeting of the Ministers for Industry and Economy that took place on November 7, 2022, in Niamey. The meeting also considered and adopted the Declaration and Decision of the AU Extraordinary Summit on Industrialisation and Economic Diversification.

The vice-president was accompanied by Charles Morin, Trade Consultant in the Ministry of Finance, National Planning and Trade.

The vice-president returned to the country yesterday, Sunday November 27, 2022.