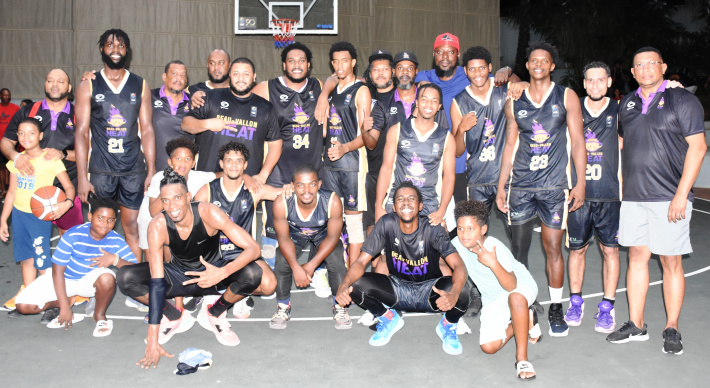 Beau Vallon Heat and Anse Etoile are this year’s national champions of the men’s divisions one and two respectively, while Bel Air-based B Challenge are the women’s winners, following their exploits in games three of the best-of-three play-off final series on Saturday at the Victoria Gymnasium.

As for B Challenge, they won 48-38 against Anse Etoile Stars.

In the men’s division one competition, Beau Vallon Heat concluded the classification league on top, garnering 22 points from 10 wins and only two defeats in 12 matches played, pairing them with fourth-placed Drifters in the semifinals, while PLS Hawks concluded the preliminaries as runners-up on 21 points after nine wins and three defeats, for a rendez-vous with third-placed Baya in the semis.

In the best-of-three semifinal series, Beau Vallon beat Drifters twice to sweep the series and book their final spot, while Hawks needed a third and decisive match to eliminate Baya 2-1.

PLS Hawks dominated the first match of the final series, beating Heat 77-65, before the latter came back in game two to win 78-68, stretching the series to a third match.

On Saturday, Heat, led by captain Timmy Adam who had swapped his usual number 35 jersey to number 7, were the most organised and disciplined side, both in offence and defence, outscoring Hawks 25-14 in the first quarter, with Adam chipping in 13 points, including three treys.

Despite the pressure, PLS Hawks managed to adjust their game in the second quarter to outscore Heat 18-12, cutting their lead to 37-32 at half-time.

With Hawks looking to reduce the deficit, while Heat played to maintain their lead, the third quarter was evenly contested, with the latter scoring 17 points to slightly outscore their opponents who scored 16 at the end of the period, keeping Beau Vallon Heat in the lead 54-48.

Smelling blood, Heat entered the fourth and final quarter more aggressively, despite losing Denzel Mutyambizi from a knee injury, adding 20 more points to their tally, compared to 15 for PLS Hawks to win the match 74-63 and be crowned this year’s champions.

Adam was Heat’s and the match’s top scorer with 27 points, while Jean-Philip Esparon led the scoring for Hawks with 16 points.

Both teams will be action again on Saturday in the Land Marine Cup competition at Victoria Gymnasium where Beau Vallon Heat will play Mont Fleuri Dawgz and while PLS Hawks will face Baya.

Anse Etoile win in for the late Patrick ‘Slomo’ Lespoir

Members of men’s division two champions Anse Etoile have dedicated their title to late teammate Patrick Lespoir, better known ‘Slomo’ who lost his life a few years ago following an incident at sea.

After winning game one 63-55, Anse Etoile let slip their lead in the final quarter of game two to lose 55-60 to AB Boys, sending the final series into a third match.

In game three on Saturday, it was the Anse Boileau side who showed early signs of dominance to win the first quarter 14-9.

Not wanting to repeat the previous match’s mistake, the players of coach Kenneth Domingue stepped up their game in the second quarter, but once again fell short 15-16 at the end, trailing 24-30 at half-time.

It was in the third quarter that Anse Etoile realised that the title was slowly slipping away from them, therefore they stepped up their game to outscore AB Boys 18-5 to lead 42-35 at the end of the period.

With the title locked in their scope, Anse Etoile kept the pressure on AB Boys in the fourth and final quarter, dropping in an additional 18 points, while the latter scored 11 more, concluding the match 60-46 in the favour of Anse Etoile.

Nigel Cafrine was once again Anse Etoile’s top scorer, this time with 16 points, while Michael Agathine led the scoring for AB Boys with 19 points.

AB Boys and Anse Etoile are in action again this week in the Land Marine Cup where the former will play against PLS Suns on Thursday, while the latter will be up against MBU Boys on Friday.

B Challenge win game three to be crowned champions

Bel Air-based B Challenge are this year’s women’s champions after defeating Anse Etoile Stars 48-38 in game three of the final series on Saturday.

Anse Etoile Stars who finished on top of the classification league, eliminated Mont Fleuri in the semifinal, while B Challenge dispatched HotShots.

In the finals, B Challenge won the first match 61-48, before the Stars levelled matters with a 52-46 game two win.

In game three, Stars started on a good note, despite losing the first quarter 12-13, before fighting back to win the second one  16-13 for a slight 28-26 half-time lead.

It was in the third and fourth quarter that Stars lost their concentration and momentum, allowing B Challenge to take advantage, winning the third quarter 13-8, before grabbing the fourth and final one 9-2 to win the match 48-38 and be crowned champions.

Captain Simone Malbrook was B Challenge’s top scorer with 14 points, while Hillary Nourice led the scoring for Stars with 15 points. 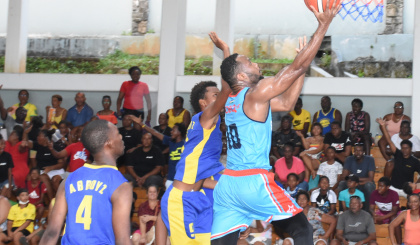 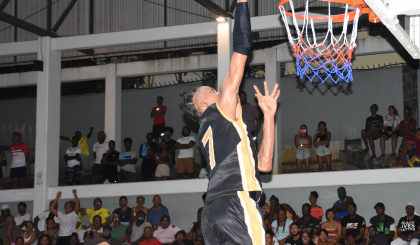 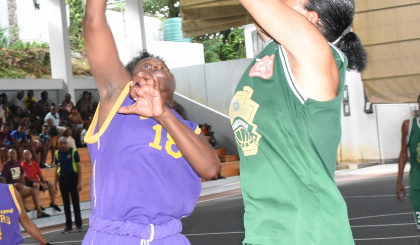 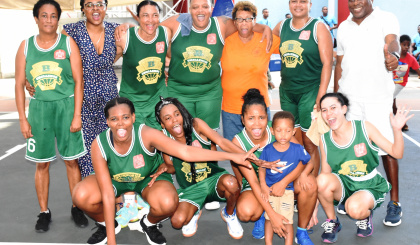 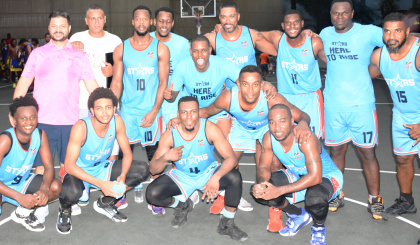 Anse Etoile are the winners of the men’s division two (Photo: Roland Duval)