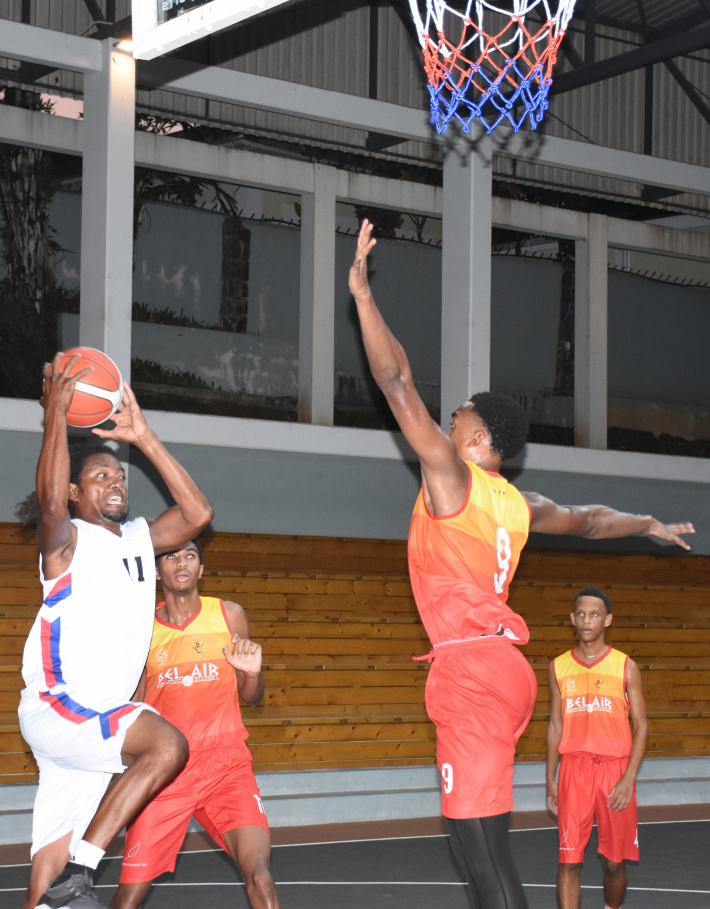 Led by captain Ryan Volcere, Anse Royale became the first team to qualify for the semifinals of the men’s division two Land Marine Cup following their 59-51 victory over the Bel Air Basketball Academy (Baba) on Wednesday at Victoria Gymnasium.

Drawn in group B, both teams needed a single win to progress to the next round of the competition as they are the group’s only two contenders.

In Wednesday’s match, it was Baba who started stronger, winning the first quarter 15-9, with 10 points coming from Abdulmalik Maijah.

However, Anse Royale, boasting more experienced players in the likes of Volcere, Colin Japhet and veteran Steve Hoareau, adjusted their game in the second quarter to outscore the young Baba team 13-8, cutting their lead to 23-22 at half-time.

The combined experience of the more mature Anse Royale team was more apparent in the third quarter of the match as they entirely dominated Baba to score 26 points, compared to only five for the latter. Anse Royale had a comfortable 48-28 lead at the end of 30 minutes of play.

Still with hope and chasing the only semifinal spot in the group, Baba came out strong in the fourth and final quarter of the match to outscore Anse Royale 23-11, but it was not enough as Anse Royale ran out the winners on a 59-51 score.

Captain Volcere was Anse Royale’s top scorer with 22 points, while Maijah led the scoring for Baba with 21 points.