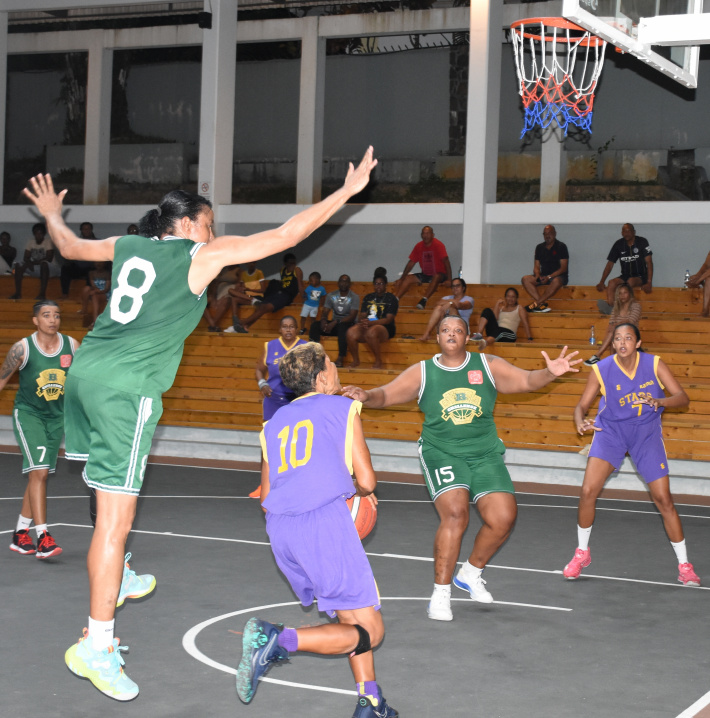 Former teammates Simone Malbrook of B Challenge and Lina Lestrange of Anse Etoile will meet again in game three of the final series (Photo: Roland Duval)

Game three to decide champions in all divisions

A third and decisive match will be needed to decide this season’s champions in all three divisions following ties after games number two were played on Saturday at Victoria Gymnasium.

In the women’s final, Anse Etoile Stars settled the score with Bel Air-based Challenge, winning game two 52-46 to stretch the series to a third and decisive match.

Following their 77-65 win over Beau Vallon Heat in game one of the best-of-three final series on Thursday at the Victoria Gymnasium, PLS Hawks fell short in game two on Saturday, losing the match 68-78 as the Heat stretched the final to a third match.

After their defeat in the first match, Heat went back to the drawing board and they entered Saturday’s match on a different mode, compared to their previous match, this time bringing the fight to their opponents.

Led by captain Timmy Adam, Heat were more aggressive both in offence and defence, matching Hawks in every department of the game.

Adam scored 11 points in the first quarter for Heat who narrowly lost 21-22.

With game three locked in their sight, Heat maintained the pressure in the second quarter of the match, outscoring Hawks 22-13 to lead 43-35 at half-time.

Heat maintained their momentum in the third quarter of the match, scoring 23 more points, while PLS Hawks added 19 more to their tally, ending the period 66-54 in favour of the former.

With Hawks looking to end matters after two matches, and Heat looking to stretch the series to a third game, both teams delivered some spectacular performances, keeping the packed Victoria Gymnasium alive.

At the end of the fourth quarter, Hawks scored 14 points to outscore Heat who chipped in another 12, but the latter’s advantage from the second and third quarters was enough to keep them ahead on score, winning the match 78-68 to force game three.

Adam was Heat’s and the match’s top scorer with 27 points, while Ed Talma led the scoring for Hawks with 13 points.

After losing game one 55-63 on Wednesday, and the first three quarters of game two on Saturday, AB Boys made one of the most stunning comebacks in the last quarter of the match to snatch a 60-55 victory over Anse Etoile and stretch the final series to a third and decisive match.

Anse Etoile of coach Kenneth Domingue started the match right, winning the first quarter 11-9, and the second one 18-14 to lead 29-23 at half-time.

Already with a victory in hand, Anse Etoile were aiming to seal the series with a second victory to be crowned champions, and their plan was working perfectly when they won the third quarter 16-10, extending their lead to 45-33.

However, AB Boys were not ready to throw in the towel as they came out stronger in the fourth and final quarter, outscoring Anse Etoile 27-10, with three treys from Atilla Cadence and an additional trey from Leroy Toussaint, giving them a 60-55 victory and another shot at the title.

Franchesco Boniface led the scoring for AB Boys with 17 points, while Nigel Cafrine was Anse Etoile’s top scorer with 18 points.

In the women’s play-off Anse Etoile Stars came back from their 48-61 game one defeat against B Challenge to win the second match of the series 52-46 to level matters, sending the title quest into a third and decisive match.

In game two, Stars were better organised than in their previous match, and they outscored B Challenge 14-11 in the first quarter for an early lead, before the Bel Air side came back to win the second period of the match 13-12, leaving Stars with a slight 26-24 advantage at half-time.

B Challenge led by captain Simone Malbrook improved their game in the third quarter of the match where they scored 14 points, compared to 12 for Stars, concluding the period on a 38-38 tie.

It was in the fourth and final quarter that Stars threw everything into the match, outscoring B Challenge 14-8 to win the match 52-46, forcing a third and decisive match.

Hillary Nourrice was Stars’ top scorer with 16 points, while Guyra Boniface led the scoring for B Challenge with 14 points. 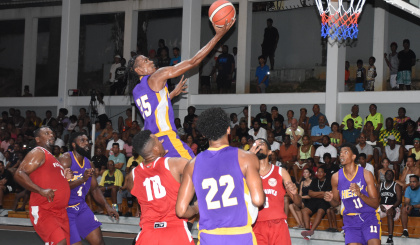 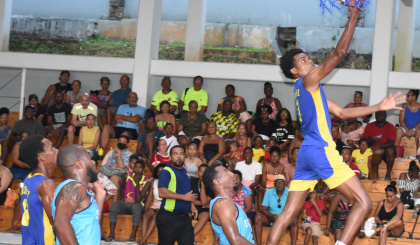