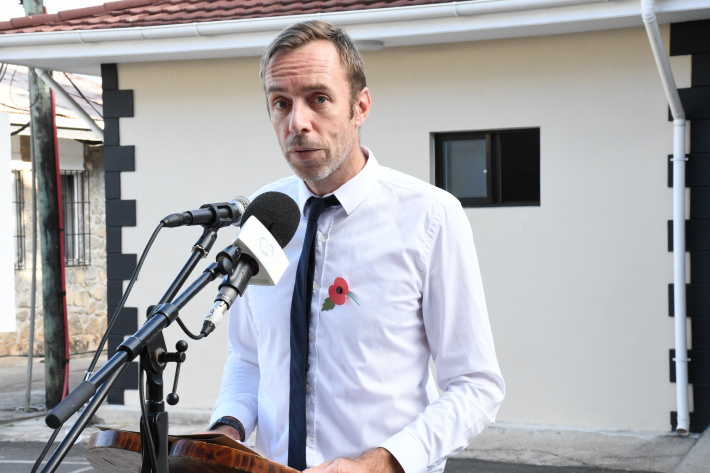 The British High Commission’s ‘Veterans’ Voices’ project has turned a new chapter with the launch of an exhibition to share the invaluable contribution of Seychellois veterans who served in the British armed forces.

With the support of the National History Museum, the contents of the Veterans’ Voices book, which was launched in June this year, were adapted into a museum display that follows the journey of the veterans, beginning with the First World War, ending with the story of a special agent from World War II, Marc Jumeau.

The Seychellois veterans served in many countries across the globe, starting their training in England and some even travelling as far as Hong Kong.

The British High Commission decided to mark Armistice Day with the launch of the display as a sign of gratitude for their service.

The official launch of the exhibition took place yesterday, in the presence of the Minister for Internal Affairs, Errol Fonseka; the Minister for Local Government & Community Affairs, Rosemary Hoareau; the Minister for Employment & Social Affairs, Patricia Francourt; the secretary general of the Seychelles Institute of Culture, Heritage and the Arts, David André; and other distinguished guests. They were also joined by over two dozen Seychellois veterans.

He added that many of the memories shared are “tragic, some heart-warming, some joyous but all with a common thread of comradeship, sharing these new experiences with a group and being part of something bigger than yourself”.

“All of these stories demonstrate the shared history and shared values that are at the heart of the UK/Seychelles relationship. The shared history is all around us, forged over hundreds of years, seen in our customs, religion and the language of government and education. It is also seen in our shared values, values that are increasingly tested in the modern world but are still present in those who serve the British Armed Forces.”

One of the veterans, who feature in the exhibition, is Justin Meme who joined the British army in 1962, and had a 23-year career.

Mr Meme said during his tenure he was posted in various countries in Europe, Asia, Africa and the Americas.

He is encouraging young people to visit the exhibition, so they would understand the Seychelles and British history and their contribution towards peace in the world.

“The British army did a lot for me, it gave me discipline, and how to conduct myself and I would advise most youngsters, if they could, to do the same,” he said.

For her part, veteran Mary Stravens joined in 1961 and spent three years in the army. She described it as an exciting time, where “I made friends and learned a lot even carpentry, so it was really a fulfilling three years that came with extreme discipline as well, but it was a great time”.

The exhibition will be open to the public on Mahé until the end of December and will make its way to Praslin and La Digue shortly after. 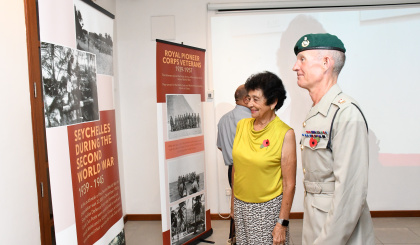 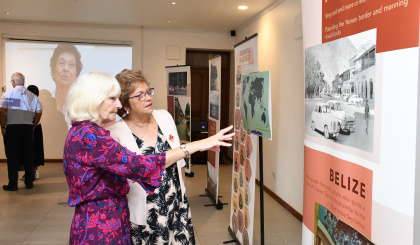 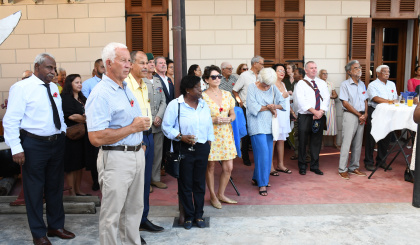