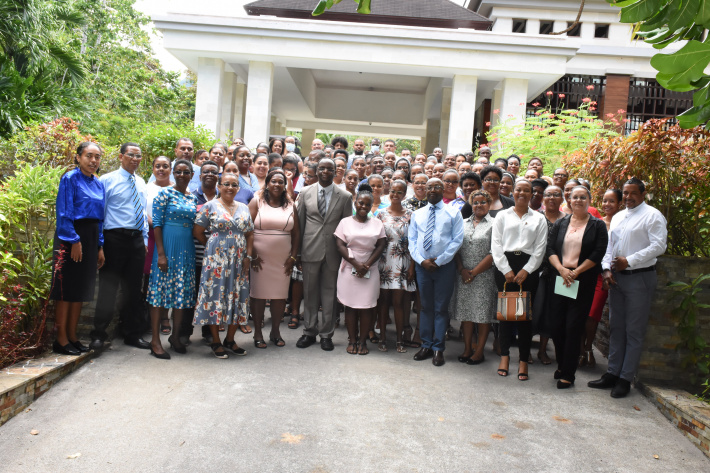 Guests and delegates in a souvenir photograph

● Further discussion recommended prior to adoption

The Ministry of Education under the aegis of its minister, Dr Justin Valentin, hosted its first Teacher’s Convention on Saturday morning at the Savoy Seychelles Resort & Spa, Beau Vallon.

The historical gathering, which brought together head teachers, teachers of both academic and non-academic subjects and representatives of the teachers’ forum from all public schools across the country, is in line with the ministry’s strategic plan to enhance the quality of education at all levels of the education system, in collaboration with the United Nations.

The theme chosen for the first meeting was ‘Transforming Education: Curriculum change and pedagogical innovation’.

When launching the convention, Minister Valentin said the convention presents an amazing platform for teachers and policy makers to engage in meaning discussion on topics that have implications on their job.

He said most of the time when reforms are carried out in education, those who would be mostly affected are not consulted.

“Not only are we responding to United Nations’ call for ministries of education worldwide to engage their community, schools as well as children to talk about education but to put teachers at the centre of change; change that originate from the teachers themselves,” said Minister Valentin.

Dr Valentin said he has found it necessary to relook at the way teaching is being done at present mainly in primary education, to make it more modern and to create a context where students and teachers enjoy being at school.

He said the proposals come from the teachers themselves following several conversations he has had with the teachers as well as through their teachers’ forum, ‘teacher’s voice’.

These include time allocated to teaching which is presently 40 minutes per period and which is expected to increase to one hour as well as reduce teachers’ workload and planning which they say is time consuming. It is also being proposed that school should start at 8.30am instead of 7.45am to allow enough time for breakfast and for teachers to plan their work. However, school still ends at 2.30pm.

Another proposal has been inspired by the rotation system implemented during Covid-19 where pupils were divided into two groups and attended school fortnightly. Minister Valentin has proposed a similar system but with subjects.

Minister Valentin said this will also address the teacher shortage presently faced by the ministry as well as give some teachers freer time to focus their attention on students who are more challenged academically.

“We place a lot of emphasis on academic subject and the others who are not strong academically are left behind with this type of curriculum we are implementing today. We want to get our teachers to reflect on this and amend our curriculum as early as next year,” he said.

Teachers were also encouraged to make use of new technology to improve teaching.

Mathematics and Science teacher, Vicky Aglae from Cascade primary, welcomed the proposals which she felt would be in the teachers’ favour.

“It is encouraging because as teachers we want to work but we spend a lot of time planning and by the time we want to teach, it is not what we had anticipated. So if they are proposing to reduce the planning time, then I assure you that most teachers will be happy,” said Ms Aglae.

For his part, Rennick Belize, physical education teacher at Takamaka primary school, said the proposals reflect the engagement made by Minister Valentin at the ‘Teachers’ Voice’ meeting.

“In theory it is to reduce teachers’ load and allow us to provide a more targeted teaching approach towards those pupils who really need our attention the most. So in that sense I think these are very good proposals,” said Mr Belize.

The teachers spent half a day to discuss the proposals made by Minister Valentin and at the end of the convention it was agreed that there should be further discussions before any resolutions are made and adopted.

The Ministry of Education plans to organise another convention soon as it wants to implement the new changes next year. 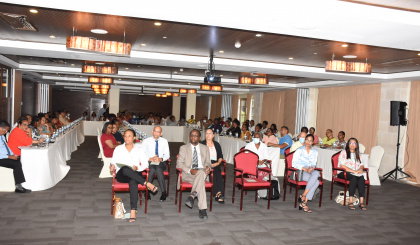 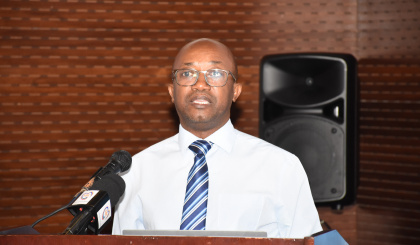