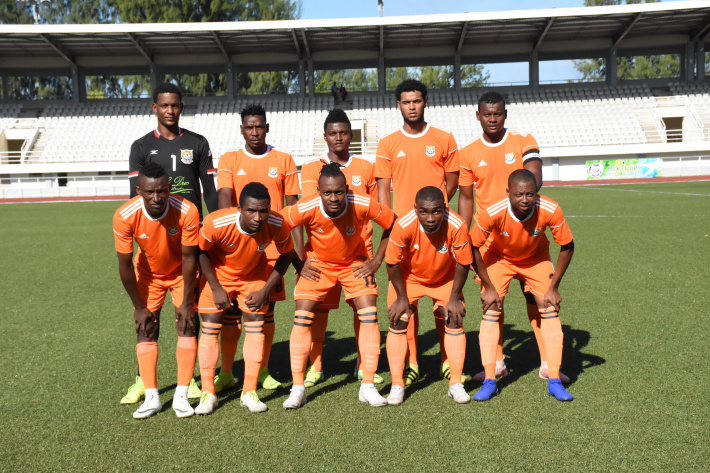 A home win through a very cautious approach will be the main target for Praslin side Côte d’Or this afternoon in their first round home leg match of the Confédération Africaine de Football Champions League against South African giants Mamelodi Sundowns.

Coach James Barra, who led Côte d’Or past Fomboni FC from the Comoros in the preliminaries, explained that despite going for a win, the main focus will be on a more organised and cautious approach, compared to previous matches, especially against the Comorians.

In the preliminaries, defending SeyPearl League one champions Côte d’Or let slip a two-goal advantage to register a 2-2 draw in their away match against Fombini FC at the Moroni Stadium in the Comorian capital.

Goals from Colin Esther and Peter Adesinas gave the Praslin-based side a comfortable 2-0 lead before the Comorians backed by their home fans managed to fight back and level the score at 2-2.

In their home match at Stad Linite, Côte d’Or needed a last minute equaliser from Ugandan Tony Kizito who scored in the 89th minute to seal the match at one goal apiece after the Comorian side had taken the lead in the 85th minute through Mouhtare Nourdine.

Despite a 3-3 aggregate result, the local side progressed through to the first round on the away goals rule.

As for Mamelodi Sundowns they made it through on 5-2 aggregate victory over AS Otoho d’Oyo of Congo Brazzaville.

The South Africans started their campaign on a low note, losing 1-2 in their away match.

Nicknamed the Brazilians, Mamelodi Sundowns conceded the first goal from the penalty spot, and suffered a major blow as they finished the first half with 10 men after their captain Hlompho Kekana was shown a red card.

Mamelodi Sundowns redeemed themselves in the second leg of their preliminary round tie, thrashing Otoho d'Oyo 4-0 to advance through.

The winners between Sundowns and Côte d'Or will book a spot in the group stages while the losers will drop into the play-offs for the Caf Confederation Cup.

Speaking to Sports NATION, coach Barra said a home win remains their main objective, while their approach will be completely different compared to their previous matches.

He explained that lessons have been learned from their previous matches and based on previous experience, Côte d'Or will enter the match with a completely different approach.

Coach Barra also noted that making it to another stage of the competition is already a great achievement for the team who in 2017 failed to progress to the next round after losing both their away and home matches to St George of Ethiopia.

He added that the team boast players who have accumulated a lot of international experience at continental level and he is positive that Côte d'Or will put up a good show.

Coach Barra further added that the players are fully fit and injury-free and the moral is very high in their camp.

As for Mamelodi Sundowns’ coach Pitso Mosimane, he noted that even if Côte d'Or have never made their mark in continental competitions, he is leaving no stone unturned in his preparation for the clash, since their early departure allowed his side the maximum opportunity to acclimatise to the conditions.

Mamelodi Sundowns are a South African football club based in Mamelodi, Tshwane, Gauteng and they play in the Premier Soccer League (PSL).

Since the inception of the PSL in 1996, Mamelodi Sundowns have won the league title a record nine times and they were the 2016 Caf Champions League champions and 2016 Caf Club of the Year.

They have also won the Nedbank Cup four times, and hold the joint record of three National Football League Championships and are the first South African team to compete in the Fédération Internationale de Football Association (Fifa) Club World Cup where they finished in sixth place.

Mamelodi Sundowns are owned by billionaire mining businessman Patrice Motsepe and the club's nickname, The Brazilians, is a reference to their soccer kits (yellow and blue) which resembles that of the Brazilian national team.