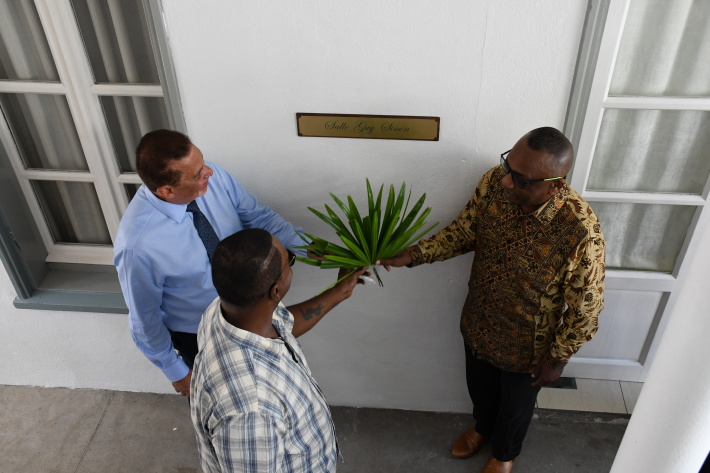 Four former Foreign Affairs ministers have been honoured with the unveiling of plaques in their names on two conference rooms, a waiting area and the ATRIUM of the Foreign Affairs department.

The plaques, paying tribute to ministers Guy Sinon, Jacques Hodoul, Maxime Ferrari and Danielle de St Jorre, were unveiled in a short ceremony yesterday afternoon at the department’s headquarters, at Maison Queau De Quinssy, in the presence of their families and friends, as well as former colleagues and staff of the Foreign Affairs department.

When addressing the guests, the Foreign Affairs department minister, Sylvestre Radegonde, said the unveiling of the plaques was to pay tribute and honour them and their legacy.

“We wanted to have this ceremony to honour these four distinguished servants of Seychelles, who in their way have helped to carve, to fashion this foreign policy of Seychelles and have had a major impact on where we are today and where we are going.”

Minister Radegonde described them as four towering figures in the annals of Seychelles diplomacy, “path finders who laid the foundation of Seychelles foreign service, defined the contours of its diplomacy and lent it its distinctive tone”.

He said although the four were different in their styles and personality, they did not defer on the substance of the defence and the promotion of national interest.

“While Guy Sinon, Jacques Hodoul and Maxime Ferrari deployed their skills in diplomacy at a time when Seychelles had to navigate the treacherous waters of Cold War politics, Danielle de St Jorre was thrust to the helm of Seychelles diplomacy amid a seismic change in the international order,” said Mr Radegonde.

He added that all four focused on identifying and creating opportunities for the country and strengthening bilateral and multilateral cooperation, while at the same time attracting Overseas Development Assistance to Seychelles as well as Foreign Direct Assistance “to compensate for the loss of ODA resulting from Seychelles’ graduating to the status of middle-income country”.

Minister Radegonde further added that one lesson that young diplomats should draw from the legacy of the four individuals was to never give up despite the demanding nature of international relations.

Former Guy Sinon, who passed away in 1992, was the first Foreign Minister in the second republic and served from 1977 to 1979. During his tenure he focused mostly on human resources development.

His two sons, former Minister Peter and Ivans Sinon were present at the auspicious ceremony and thanked Minister Radegonde and his team for recognising their father’s contribution.

“I was not expecting this especially after all the changes but I am very happy and I know he is also happy where he is right now, that he finally gets the recognition for the work he has done for Seychelles, for his time and energy,” said Peter Sinon.

Guy Sinon was succeeded by Jacques Hodoul, who died aged 77, in May last year. He served as minister for foreign affairs from 1979 to 1982. According to the Foreign Affairs department, Minister Hodoul was a strong advocate of the non-aligned movement and supporter of the concept of Indian Ocean as a zone of peace.

His wife, Mahroukh Pardiwalla-Hodoul and son Jean-Jacques Hodoul, who were present at yesterday’s ceremony, said it was an honour to have the building’s atrium, named in his honour.

Mrs Pardiwalla-Hodoul said her husband was 37 years old when he took over the post, the same age as his son Jean-Jacques Hodoul, today.

“I am honoured and I thank Minister Radegonde and the staff for this gesture. I know that was the ministry he liked the most and where he was more at ease. He had a formidable team and he regretted leaving foreign affairs,” said Mrs Pardiwalla-Hodoul.

The other pioneer in Seychelles’ diplomacy who was recognised yesterday was Dr Maxime Ferrari, whose son, the present Designated Minister Jean-François Ferrari was also present for the ceremony. Dr Ferrari was the Minister for Planning and External Relations from 1982 to 1984. He passed away last year. Dr Ferrari was one of the founding fathers of the Indian Commission. He signed the Port-Louis Declaration that laid the foundation of the IOC on December, 21 1982 and the Victoria Agreement on January 10, 1984 that institutionalised the sub-regional organisation.

Lastly, Danielle de St Jorre, who served as Foreign Minister from 1989, until her passing in 1997. Speaking to Seychelles NATION, her daughter, Anne Laure D’Offay, said it was such an honour and she was happy to be witnessing this great occasion.

“My mother worked for the country and she did a lot. I have to thank the foreign affairs team for this recognition, especially the minister,” said Mrs D’Offay.

Also present at yesterday’s ceremony was former secretary of state, Alain Butler-Payette, and former ambassador Calixte D’Offay, who both thanked Minister Radegonde for what they described as an extraordinary and honourable gesture to honour the four Seychellois and their legacy.

Following the unveiling of the plaques, the family members were invited for refreshment with staff of the Foreign Affairs department. 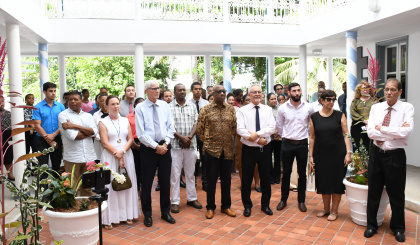 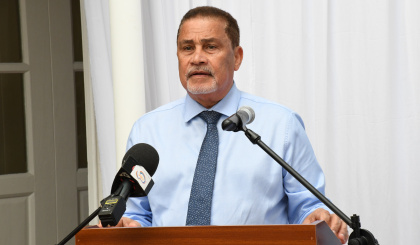 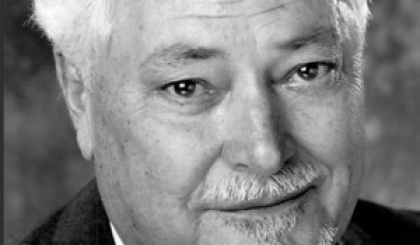 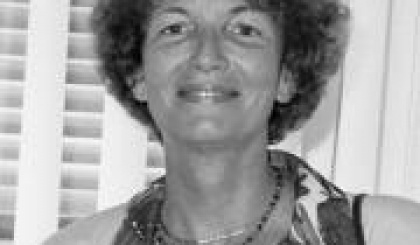 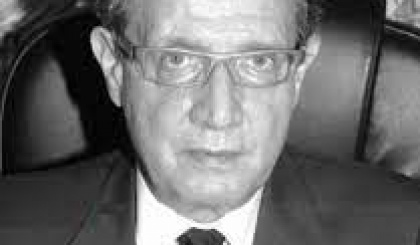 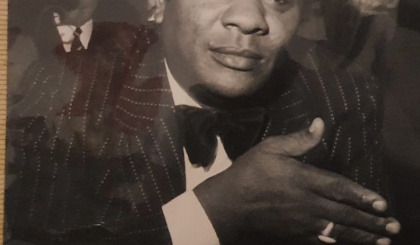 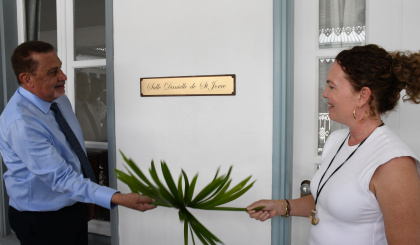 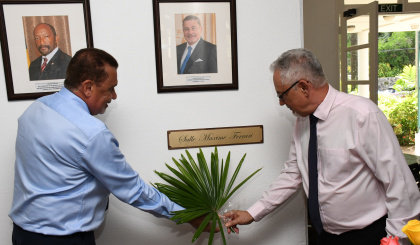 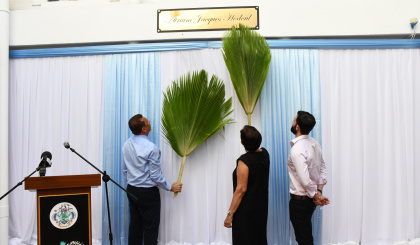