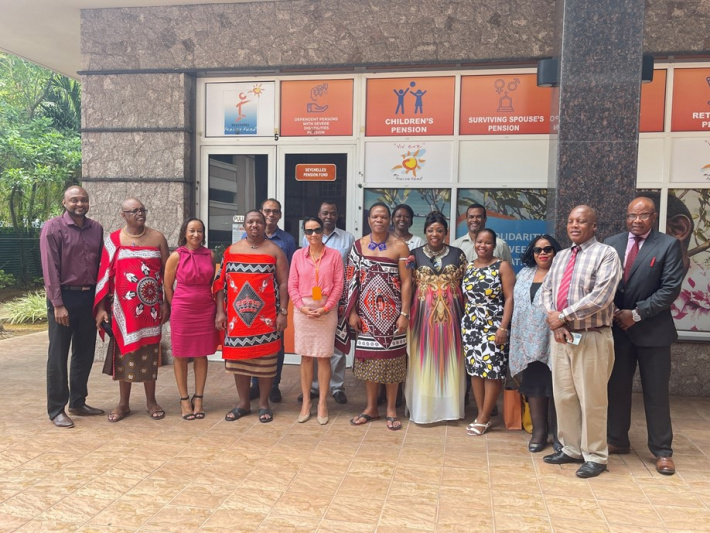 The delegation was being led by Hon. Phila Buthelezi, Minister for Labour & Social Security, accompanied by 6 other delegates who included the chief executive of the Eswatini National Provident Fund (ENPF), Prince Lonkhokhela.

The delegation also comprised members of the Eswatini Parliament and officers from the Eswatini Social Security Fund.

The Eswatini delegation has identified with Seychelles Pension Fund experience alongside six other African pension systems to assist them with expertise base on best practices to convert their Provident Fund into a fully-fledged pension system – a task that is currently underway.

The study took a threefold approach;

a)        The appreciation of the involvement of the National Assembly in the formulation and oversight role of the legal framework required to set up and operate an accountable and transparent pension system. This was through a meeting with the Speaker and deputy Speaker of the National Assembly, Roger Mancienne and Gervais Henrie respectively.

Hon. Buthelezi expressed his satisfaction for the series of meetings and confirmed that the delegation members have gathered invaluable knowledge to guide their own process of changes to that end.

He expressed his intentions to strengthen this working relationship further while they undergo the changes to their pension system.